Everyone with an interest in kratom will have read about red, green, and white kratom. They are the three classic vein colors. But I want to talk about another color of kratom in this yellow kratom review.

Recently, you’ll have seen more written and talked about around yellow kratom. But what on earth is yellow kratom, when they have only ever been three vein colors before?

So let’s talk about yellow kratom and explain exactly what is, what the exact yellow vein kratom effects are, how they are different from the other kratom colors, and where you can actually buy real yellow kratom from.

So What Is Yellow Kratom?

Although the vein color in kratom accounts it’s for its classification as red, green, or white (even though most kratom veins are actually just red, and green and white kratom are made from red vein leaves at times), it’s actually the drying process after the leaves have been picked which defines the alkaloid profile most.

Where yellow kratom has originated from is a mystery. However, it’s not a vein color in the leaves. It appears to be that the kratom vein yellows due to a slightly different drying process.

So yellow kratom sometimes referred to as gold kratom, is created from the drying process, not from the color of the vein. It also is reputed to involve fermentation, in much the same way as kratom extracts are made. That would certainly account for the fact that yellow kratom appears to be stronger.

But what color vein is yellow kratom actually even derived from? Again, there is no consensus in the West. However, some people say it’s from white kratom, others say from red. My suspicion is that it’s created from any type of kratom leaf that is just dried using a different process to create the yellow/gold nature of this variation on classic kratom.

So if you can actually get your hands on real yellow vein kratom, what are the yellow vein kratom effects you are likely to experience? Well, I tried some Yellow Vietnam yellow kratom from kratomcapsules.com, and TheEveregreentree and the effects I experienced were:

So for me, the yellow vein kratom effects I experienced were actually more in line with green kratom than red kratom, and definitely not like white kratom. 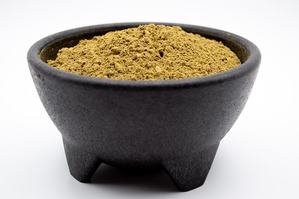 What Yellow Vein Kratom Dosage Do You Need?

As the dose increases, so the traits of that kratom kit you much harder. Yellow kratom I’ve found is still quite energizing, and that side of things outweighs the calmness and pain relief side of things that you get with red kratom.

The two yellow vein kratom strains that I’ve mainly used are Yellow Indo and Yellow Vietnam. Out of the two I preferred Yellow Vein Vietnam kratom.

However, Yellow Indo has benefits of its own. It’s smoother than white kratom but very energizing, more than Yellow Vietnam was. So for me, it feels that there are variations within the strains of yellow kratom just as there are the other vein colors

However, I don’t want to over-emphasize the differences here. The benefits of yellow kratom can just as easily be experienced, I feel, through using green kratom. But it is a nice variation to try because there are subtle differences. 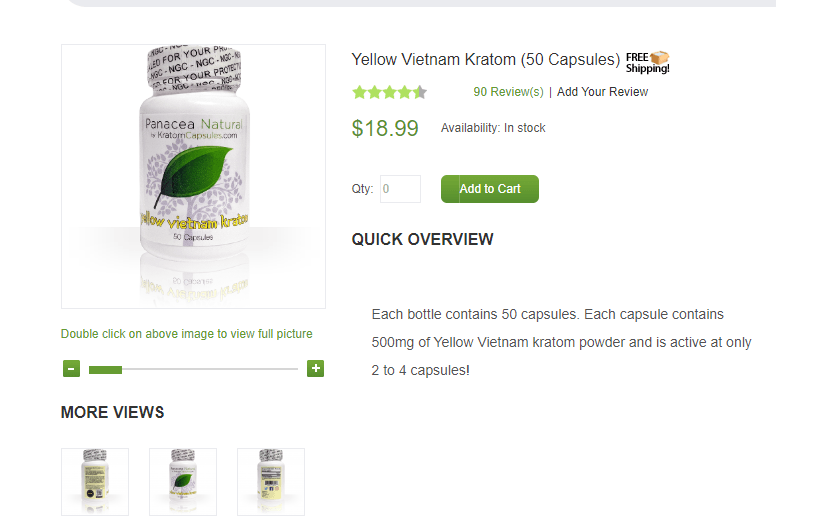 Where You Can Obtain Yellow Kratom

I want to conclude this brief yellow kratom review by telling you where you can buy yellow kratom. Surprisingly, it’s not available in many reputable online stores at all. I’ve only found a couple that sells what is obviously pure yellow kratom, backed up by lab testing and a moneyback guarantee.

The first place is TheEvergreentree. They sell a yellow vein kratom capsule pack. They don’t say exactly what kratom is, but I’ve been told it’s Yellow Borneo.

Kratomcapsules.com is the other place I’ve found yellow kratom being sold. Again in capsule form, the strain they sell is Yellow Vietnam. It’s the only place I’ve ever found that for sale.