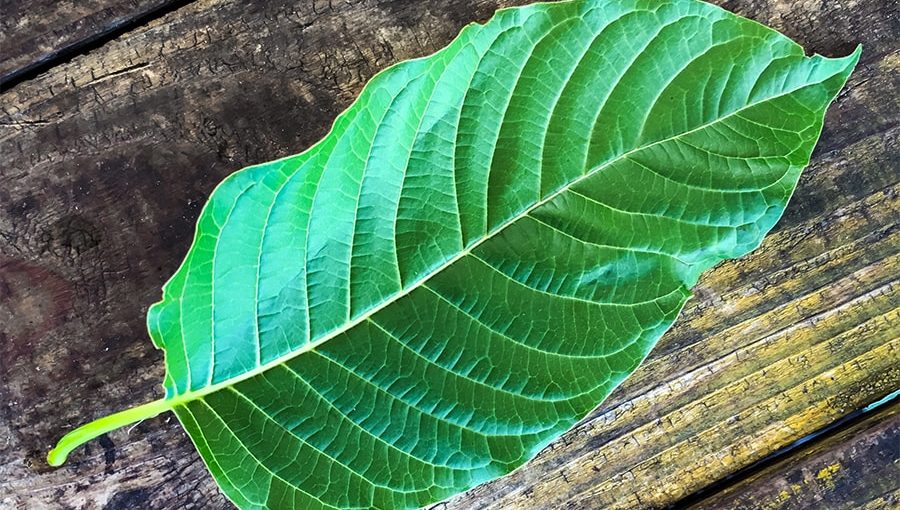 I’m doing this white kratom review to clear up some confusion around what white kratom is great at achieving.

For me, white kratom is brilliant for boosting my energy and enthusiasm. I’m really a fan of white kratom, so I’m going to go through the full White vein kratom effects in detail with you, compare it to red and green kratom, talk about dosage, and possible side effects.

As well as all that, I’ll compare some of the most popular strains of white vein kratom, and tell you about the three places where I exclusively now buy my kratom from, so that you have a great starting point for your own journey using pure kratom.

What White Kratom Is Good For

Red vein kratom has a much higher proportion of the alkaloid that interacts with the opioid receptors in the body to produce analgesia and sedation. This occurs more aggressively the higher the dose.

Green kratom can also produce analgesia and sedation, but not at such high levels. It has a good balance between calmness and sedation, pain relief, and also still inducing significant physical and cognitive boosts unless you take a high-dose.

White kratom is all about pure energy. It has very little of the alkaloid that produces analgesia and sedation, and even at high doses can produce large amounts of physical energy, mental sharpness, happiness, and an increasing out-of-control euphoria.

Now explain the differences between different veins of kratom, let’s take a look specifically at white vein kratom effects that you can experience.

However, it’s important to note that the dosage is vital here. At lower doses, all kratom is energizing both mentally and physically because the alkaloids that produce these effects are predominant.

But the higher the dose, the more the traits between the kratom vein colors separate. But taking the range of doses into account, white vein kratom effects are generally as follows: 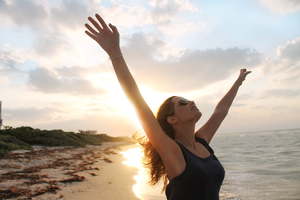 How To Use: White Vein Kratom Dosage

Because kratom is a spectrum substance, the dosage will dictate the actual effects you experience.

A low dosage of any quality white kratom, for example, White Borneo, White Thai, White Indo, will produce significant energy boosts both mentally and physically, which will last for about two hours before tailing off (I found White Indo to be fantastic for this, but a little aggressive and harsh at higher doses).

When I’m talking about a low dose, I’m talking anything up to about 5 g. Anything less than a couple of grams you will not feel much at all, but heading up to 5 g will certainly start to feel a significant lift in your energy physically, and better mood and sharpness mentally.

Above about 5-6 g, things will kick in more strongly with those secondary effects more dictated by the type of kratom. You’ll start to feel a real rush with white kratom, at higher doses, around 10 g, that rush will become euphoric, but you’ll maybe feel out of control, spinning, dizzy. Like a massive hit of caffeine that makes your head spin.

And it’s those side effects you have to be careful of with white kratom. At higher doses, nausea, even vomiting can happen. You will have potentially higher blood pressure, and definitely a significantly raised heart rate. 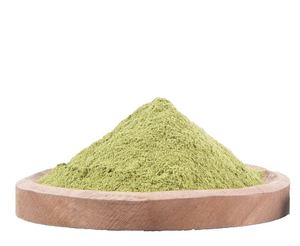 I want to compare two major strains, White Borneo Vs White Maeng Da. White Borneo is a classic white kratom that has similar traits to most of the other sorts. At low doses of energy and users on, at higher doses euphoria and a huge rush of energy that can be out-of-control.

All they do with Maeng Da is to try the batch and if it’s particularly strong, they will label it as Maeng Da.

So what I’m saying is that the comparison between White Borneo and White Maeng Da is purely about the strength. They could actually be exactly the same Borneo kratom, but with the weaker batch labeled as Borneo, and the stronger batch as Maeng Da!

White Maeng can also be mixed with red kratom sometimes, giving it a deeper experience. It’s best to try a small dose of it first to see what effect it has in comparison to a pure white like White Borneo.

Popular Strains & Where To Buy

I want to finish this white kratom review by talking to you about where I buy my white kratom, and the strains that I have the most success with.

From Coastline Kratom I always buy White Borneo and White Maeng Da. They are just purest experiences I’ve ever had on white kratom. The Maeng Da is exceptional, really strong, you can feel it with just a couple of grams.

They also sell White Maeng Da in capsule form as well. It’s twice the price of the powder, but the convenience from that is amazing. I wouldn’t do all the time, but if I need a boost in energy at the office, just three or four capsules taken discreetly really allows me to finish the day with a productive rush.

Coastline Kratom exclusively import directly from the region’s kratom is processed in, and so it’s never mislabeled either. You’ll get a moneyback guarantee, and every single batch is independently lab tested, which you can verify. 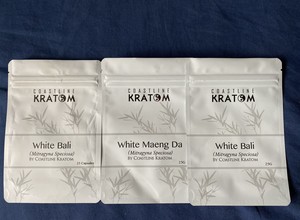 However, on the downside, Coastline Kratom is the most expensive kratom seller. But as with anything, if you want quality, you have to pay for it.

The second place I recommend is BuyKratom. What I love about these guys are the variety packs. They also sell the same fantastic powder in bulk, but if you’re just starting out with kratom and you want to experience the different types, you can actually order 20 different strains of kratom for about $200 through their variety pack offers.

The last place I recommend in this review of white kratom is TheEverygreentree. Overall, the quality of the powder is not quite as good as Coastline Kratom, but you will find some gems in there. However, they do sell more strains of kratom generally, 22 at my last count.

They offer the same moneyback guarantee, free shipping in the USA, and batch testing reports are published on the website.

But what makes The Evergreen tree different for me is that they sell good quality kratom capsules. Although more expensive than loose kratom, as with Coastline Kratom capsules, you get the ultimate in convenience of being out of dose precisely, discreetly, and without tasting the kratom.

You can choose between Maeng Da, Bali, and Sumatra in either powder or capsule form from The Evergreen tree. I tried them all, and I would recommend the Bali is definitely worth a try.