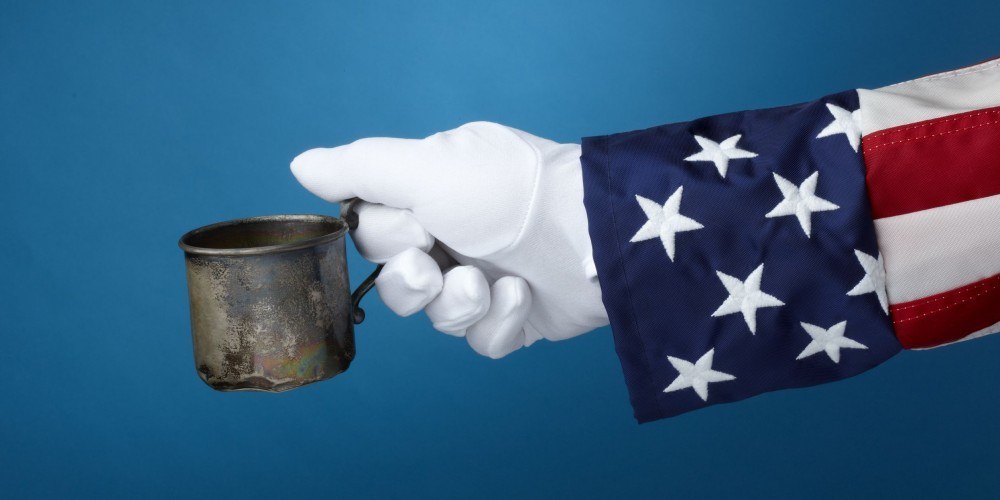 Welfare Drug Testing In The USA: Everything You Need To Know & How To Pass A Drug Test

Welfare programs are government-run subsidies that are great for providing financial assistance and additional support for people who are in trouble financially. They have a fantastic upside to them.

The downside is that quite a lot of the people claim welfare have drug problems. In order to try and maximize them spending the welfare money for the right purposes, and to try and help them out of the drugs trap, some states do carry out routine legal drug testing for welfare purposes.

So let’s take a look at this in detail, and tell you everything you need to know, including how you can pass welfare drug testing should you be confronted with it.

Why Drug Testing Is Done For Welfare Claimants

In a growing number of states, financial assistance may require drug testing in order to be provided. This can be a single test, or it can be periodic. They can be scheduled, or they can be random drug tests.

If you fail a drug test, then you may not be able to receive welfare payments or other public assistance such as food stamps, or even Medicaid. So the consequences of failing a welfare drug test are pretty catastrophic.

Unfortunately, the assumption is that people who need this type of federal assistance are actually also more likely to misuse drugs and alcohol. This is often wrong, but it’s, unfortunately, a view that is widely held and perpetuated.

This leads to stigmatization where people are assumed to have drug and alcohol problems if they claim welfare. It’s also classist, and it can also be seen as a racist policy.

State data from several years highlights that a lot of people who have admitted to illegal drug use who claim welfare payments have never tested positive, showing that a lot of people irregularly take drugs, and claim welfare with no problems. This has led to huge questions around whether this policy works, or if it’s simply a way of stigmatizing people who are in financial trouble even further.

Which Are The Welfare Drug Testing States?

So welfare and drug testing is a complex topic with a lot of social issues woven into it. It’s also a constantly changing situation. Despite the fact that a lot of the welfare benefits are federal level benefits, it’s up to each individual state whether it passes legislation, and upholds it, on drug testing welfare claimants.

The states which currently screen welfare applicants are:

A lot of people think that Florida is a full drug testing participant, but it was declared unconstitutional back in 2013, and appeals of upheld that ruling. So although it can do drug testing, it does not do it’s the same degree the other states do.

Around 20 other states are currently considering or implementing, drug testing of welfare recipient laws.

So as you can see, drug testing isn’t going anywhere. To make it worse, because of the current high unemployment situation due to the coronavirus pandemic, it means that more people will be claiming welfare, which means that more states could implement these laws, or uphold the ones they have.

Is Welfare And Drug Testing Legal?

The problem with welfare drug testing is that not every state is the same, not every recipient is treated the same either. Some states do apply drug test screening to all applicants for welfare. This is often a one-off drug test at the time of application.

However, other states have laws to universally drug test welfare claimants, but they do actually only state that they drug test if there is a reason to believe that there is substance abuse disorder going on which could mean the welfare payments are misspent.

Wisconsin was a state in 2015 that implemented the provision to drug test people participating in SNAP employment and training programs. The federal government didn’t like this, and declared that that went against a federal law that prevents states from imposing additional testing of recipients of SNAP benefits.

In addition, Florida, Pennsylvania, and Oregon want to drug test applicants who have already got a drug conviction. That would mean that anyone who’s had a conviction for drugs would need a drug test to claim welfare after their release. However, this is being challenged as discriminatory.

Basically, drug testing of welfare claimants is legal, but there is constant pressure on that legality through challenges. As I’ve mentioned, this happened in Florida where the state was sued.

Most of the challenges to the legislation has been focused on trying to stop random testing, and unfounded scrutiny where there is no suspicion at all that someone has taken drugs.

In addition, it’s illegal under the original 1996 welfare law to stop people who have been convicted of a felony for use, distribution, or even possession of illegal drugs, to receive welfare payments. However, individual states do opt-out of that law totally, and some modify the length of time that the ban would apply to somebody after they have been released. Main, Pennsylvania, Wisconsin, and Minnesota are the main states which have modified the length of the ban.

Is Welfare Drug Testing Worth It?

Looking at sample data for a single year, the states that require drug testing on application for welfare tested 260,000 people for applicants to temporary assistance for needy families (a program that provides cash for low income households).

13 states spent more than $200,000 each implementing this program on 260,000 people. In total, 338 people tested positive. So on the surface, that’s not a great return, and it certainly proves that most people claiming welfare are not drug users.

Universal drug testing for temporary assistance for needy families is actually unconstitutional now, but 13 states do still require people to be tested if they have reasonable suspicion that drug misuse is taking place. Refusal can lead to federal welfare assistance being withheld.

A lot of states with the laws don’t even bother to implement them though, because they are coming to the conclusion it’s just not worth the money for the return.

Arizona received 68,000 applications for temporary assistance for needy families in 2018 example. Not one applicant was asked to take a drug test. This meant that drug testing in Arizona for that purpose cost zero.

Another example of why it’s not worth it is Kansas. In 2018, 21,000 people applied for welfare benefits under the families program. 228 were asked to take drug tests under the rules for reasonable suspicion. Just 56 tested positive. But it cost $46,000 to screen those 228 people, a cost deemed ridiculous.

When You Could Face Welfare Drug Testing

So when you could face welfare drug testing will really depend on where you are, and who you are.

If you’re in one of the states which currently has welfare drug testing on application, then you could face it, although it’s now obvious that some states aren’t enforcing the laws of the state because it’s just not worth the money.

You could also face welfare drug testing if you are deemed as suspicious under the “reasonable suspicion” criteria that is written into the laws of nearly every state for this purpose. However, if you’re not stupid, and you don’t give anything away, and your drug-taking is not out of control and obvious, then it should never really be a problem.

The third instance under which you could face welfare drug testing is random. This can happen during the time that somebody claims welfare. Mostly though, it’s only done with reasonable suspicion, but some states do implement random programs to deter people, although there is little evidence that these random testing programs are actually carried out. 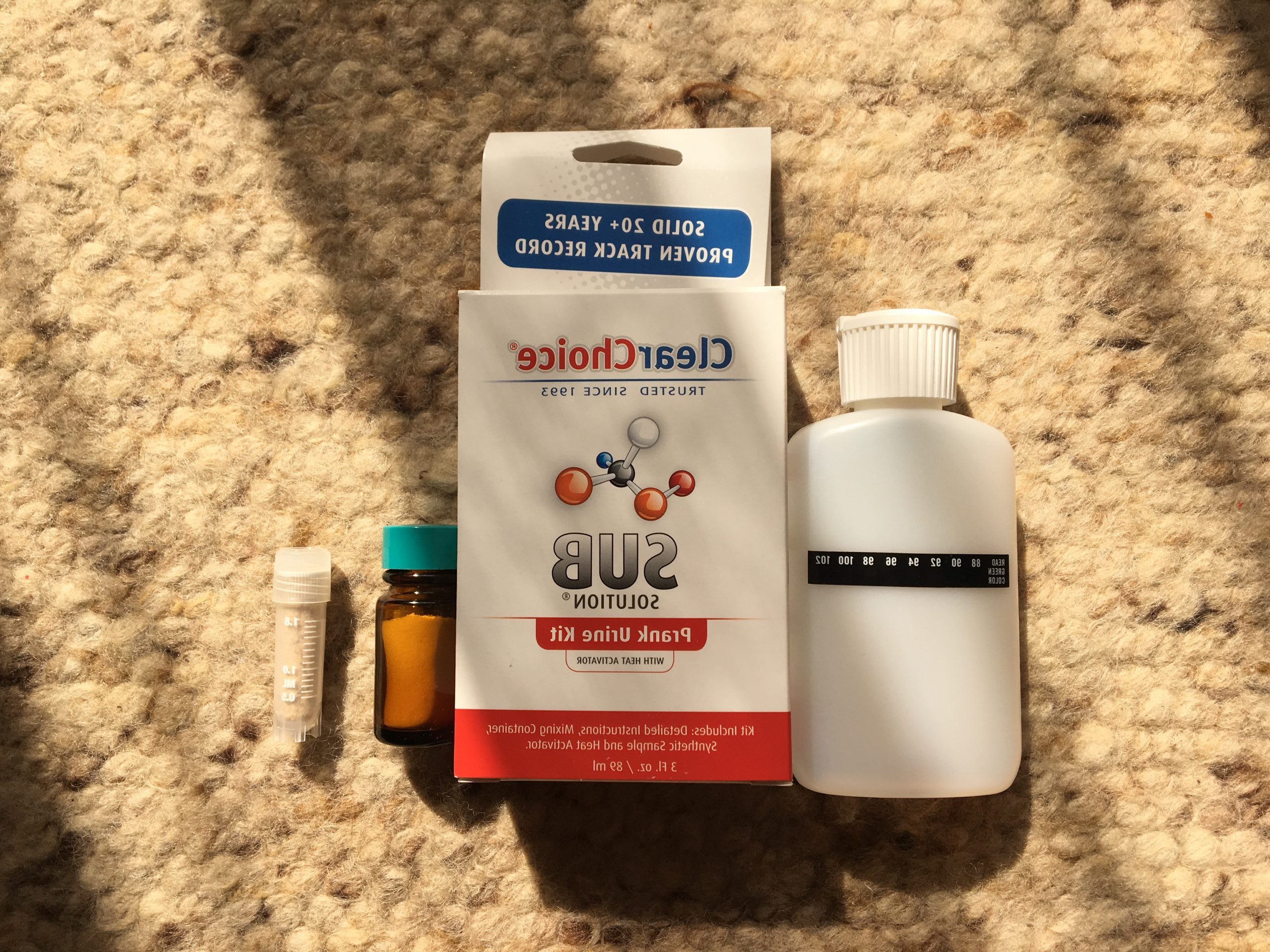 How To Pass A Welfare Drug Test

So the truth is that you’re not actually that likely to face a welfare drug test unless you are hugely indiscreet because your drug-taking is out of control.

If you’re a regular Joe occasional drug user, and you don’t turn up to welfare meetings smashed, and you don’t give any hint there’s a problem, and basically you’re in control, then you really would be unlucky to face one.

This is even more so now because of the pandemic situation which will be ongoing for many months, maybe years because states simply won’t have the funds to implement it on the increasing numbers of people who will be claiming welfare.

So regardless of whether you are in one of the welfare drug testing states or not, welfare and drug testing shouldn’t really be a concern to you if you are sensible.

Let’s just quickly talk you through exactly how you can pass drug testing for welfare recipients with ease. In truth, most welfare drug testing will be a urine sample drug test where you are sent off to submit a sample. Usually, this is within 24-48 hours of being notified you need to take a test.

Let’s quickly talk you through how you can pass all three types of drug test you could face for welfare purposes:

Alternatively, you could use a high-quality detox drink to mask the toxins for a few hours. You drink it, urinate several times, and it not only flushes out all the drug toxins in your bladder, but it means that the fresh urine entering your bladder will be balanced and appear natural for several hours. Recommended detox drink you can use are Ultra Eliminex, Mega Clean, and Rescue Cleanse.

The third way you can pass a urine sample drug test is to submit a fake sample of high-quality synthetic urine. The only downside is getting brands which are complex enough to pass the scrutiny, and the give you the tools to submit the sample within the correct temperature range. Sub Solution is the perfect option, as it is very complex in formula, and it contains heat activator powder which allows you to have complete control over the sample temperature.

The only method that you can use to pass a hair follicle drug test for welfare purposes is the Macujo method. This opens up the shaft of the hair, flushes out the toxins, and then closes the shaft up and conditions it thoroughly. It takes time though, and requires several specialist products.