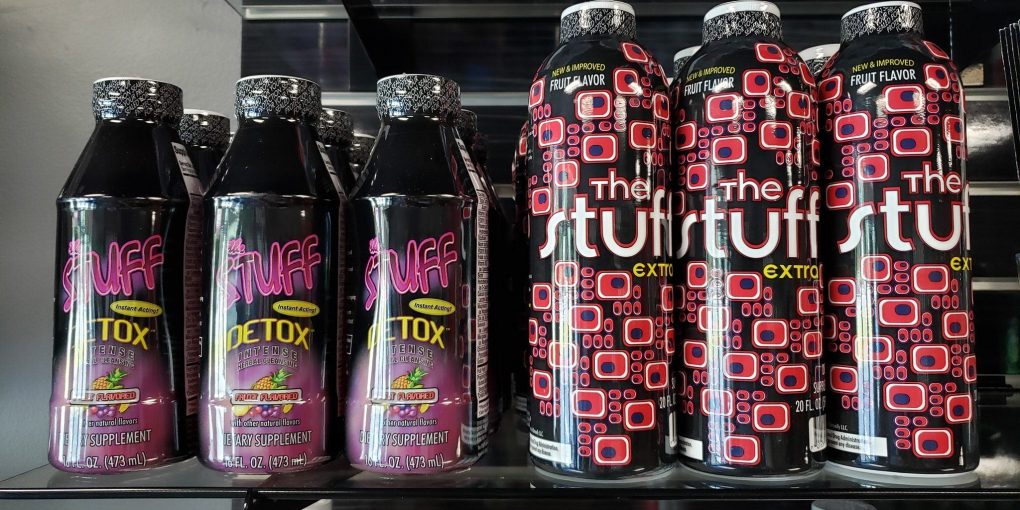 In this “The Stuff” review I’m going to tell you everything you need to know about this popular detox drink.

I’ll be honest, this detox drink does not have a good vibe online about it. This review is going to tell you why. I will tell you what the ingredients are, and how likely it is to work. I’ll also tell you about my own experiments with The Stuff detox drink and home drug testing kits.

On top of all that, I’ll give you the full instructions for using it, and tell you exactly how a detox drink works (to clear up one of the biggest misconceptions about them).

Then, I’ll finish this review of The Stuff by telling you about a couple of alternative detox drinks that I’ve actually had success with in live drug testing, and I know other trusted friends who have as well.

Here’s How A Detox Drink Is Meant To Work

Let’s clear up the misconceptions first. A cleansing drink does not detoxify your body. It does not get you permanently clean.

A detox drink is actually a masking agent. All it does is shift the toxins that will appear in your bladder soon out quicker so that you have a small period of time when there will be none in your urine.

What Exactly Is “The Stuff” Detox?

So now you know exactly what a detox drink is, and how it works, what exactly is The Stuff detox drink? People sometimes call it GNC The Stuff detox, but that’s just because you can buy it at GNC. It’s not made by them.

It’s been around for a lot of years. People say it works, but I’ve never been convinced for several reasons.

First, it’s only a 20-ounce bottle. I know for a fact that the small bottles are only good for females and people with like toxin exposure (or just generally smaller people). You need a full 32 fluid-ounce bottle to flush out high levels of toxins, or to work if you are bigger.

Second, comparing the ingredient list to that of other detox drinks, it just doesn’t seem to stack up.

Third, looking online at reviews from users, The Stuff just doesn’t seem to have a lot of people saying it works. At best, many say that it might work for people who don’t smoke often, but that’s about it. The failure rate seems high.

The Stuff seems to be popular because it’s easy to get your hands on it. It’s very widely available, and dirt cheap at just $25. But is it any good?

The Stuff contains quite a few ingredients that will certainly help to flush out your body.

For a start, it contains a proprietary blend that just doesn’t add up for me. Sure, it contains a ton of vitamins, which could appear in urine. But even a couple of vitamin pills for pennies would do the same.

The rest of the proprietary blend consists of:

It also contains calcium, magnesium, manganese, and chromium. So it does contain a lot of things that would appear in urine.

But here’s the thing. The proprietary blend just doesn’t contain enough to make a real difference in the body. 250 mg of creatine monohydrate is nothing. You should have something like 5 g in there.

The various leaf and root extracts only account for 0.5 g in total for the four included. That’s nowhere near enough to effectively work in the body to draw out more toxins and expel them more quickly (even though all of those ingredients have scientific evidence backing up the fact that they can do this).

Fruit pectin will also help to pull more cannabis metabolites out through the bowel because it’s a strong fiber that helps to create mobile. However, 85 mg is ludicrous. It should be like 10 g or something.

On top of that, a bottle of this “stuff” contains an incredible 21 g of sugar. Now I know that sugar can help to speed up your metabolism, and it could help to push things out faster, but that sure as hell isn’t healthy. If they had gotten rid of the sugar and upped the quantities of the stuff that mattered then they might have had a good detox drink. 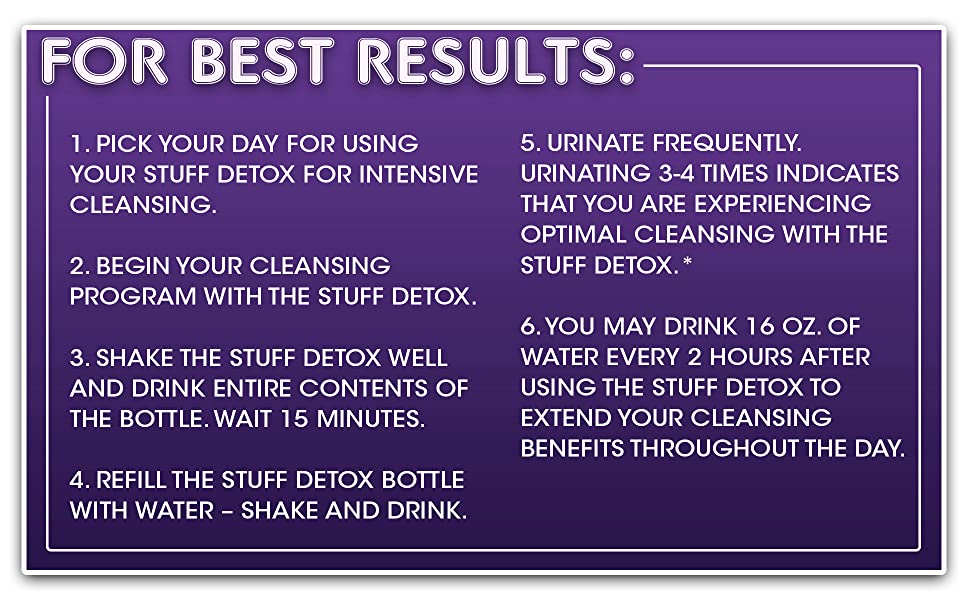 What About The Extra Stuff Detox: Is It Better?

There is another version called the extra stuff detox drink. I looked at the ingredients list and compared them. It’s almost identical apart from the fact that it seems to contain far less sugar. It seems to basically just be a sugar-free version.

For me, if one doesn’t work, then an almost identical formula in another 20-fluid-ounce dose is not going to work either.

My Experiment With The Stuff Detox: Did I Pass A Drug Test?

Curious, about a year ago I experimented with The Stuff detox to see if it worked. 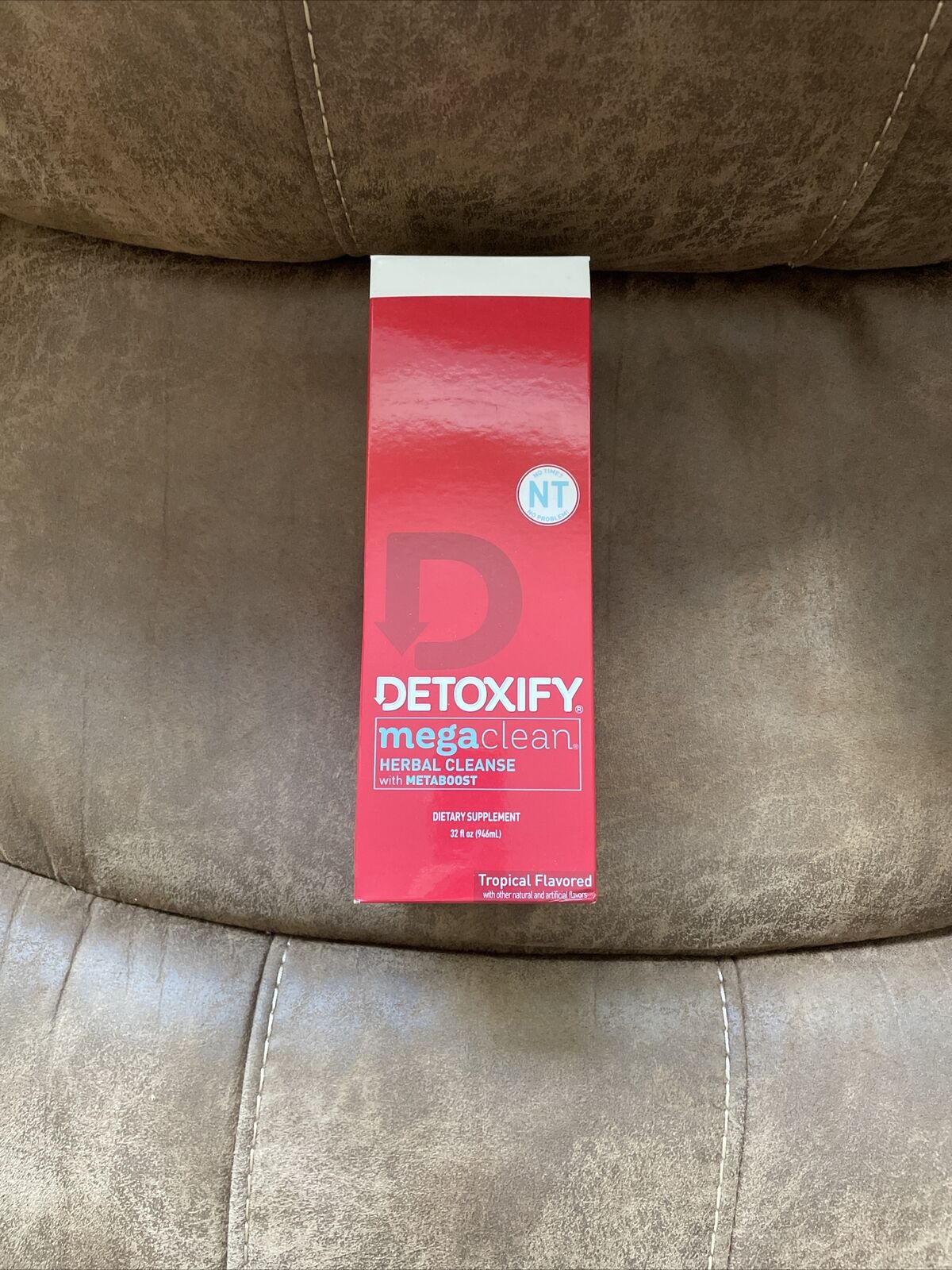 There are two detox drinks I know will pass a drug test. The first is Rescue Cleanse, and the second is Mega Clean.

Let me start talking about Mega Clean first. It’s actually my second choice, and I’m going to explain why.

On its own, it’s not as good as Rescue Cleanse, but it’s better than The Stuff. If you buy it from Test Clear though, you will get six Toxin Rid pills bundled in with it free.

That allows you to do a potent 24-hour detox on the day before you need to use Mega Clean. It will push out more toxins and leave less work for Mega Clean to do. That combo, costing just $70, is potent.

My top recommendation is another 32-fluid-ounce, full-size, detox drink like Mega Clean.

Rescue Cleanse is made by the same people who make incredible Sub Solution and Quick Luck fake pee products. This is high quality.

It’s been around for 15 years and has a strong track record of passing. It costs $55, so twice as much as The Stuff, but it’s stuffed full of the ingredients you need to push out the toxins and keep your urine balance clean.

You don’t use any additional water with Rescue Cleanse either. That tells you everything you need to know. It’s potent enough on its own, without having to dilute your sample using water to do the heavy lifting.