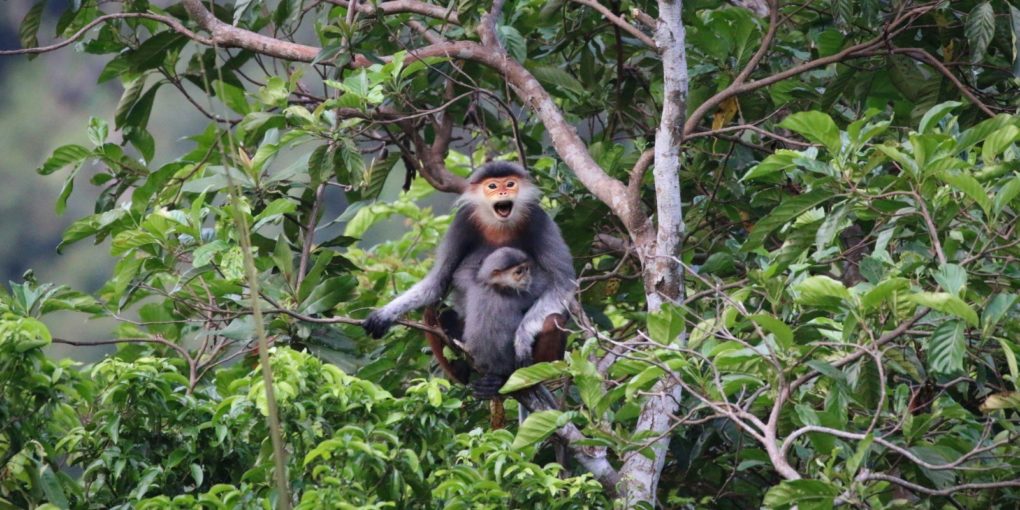 In this Red Borneo kratom review I’m going to tell you the truth about this strain of kratom, and red kratom generally. And it’s not what you probably think.

We will talk about Red Borneo kratom dosage and effects so you know what to expect, and how Borneo effects stack up against another classic red, Bali.

Plus, I’ll explain what ultra enhanced kratom is, and why it’s so much more potent than standard kratom. All that, and I’ll also tell you where you can buy classic Red Borneo kratom that’s 100% pure and consistent between batches.

So look, let’s start this Red Borneo kratom review with the shocker. Most red kratom is the same.

By the time it’s left places like Thailand and Indonesia, nobody has a clue where it’s come from. The farmers dry it out and pass it on. It’s then ground down into a powder, and it could be kept separate, or it could be all thrown in together, so you have generic red kratom by the time it arrives in America.

However, with a reputable seller that’s not the case. They have a supply chain that means that they have some clue as to what region it’s from, and what type of red kratom is. If you buy from these guys, Red Borneo kratom effects are the same as most red kratom, but with subtle differences to other red kratom strains:

Now those effects start to become more predominant at higher doses. At lower doses, nearly all kratom is most stimulating, and you only get the calmness and pain relief as the dose increases.

In terms of specific Red Borneo kratom effects, it’s often known as a “heavy” red, meaning that you get less stimulation mentally and physically, and a more rapid journey into a deep calm and analgesia that can become detaching. 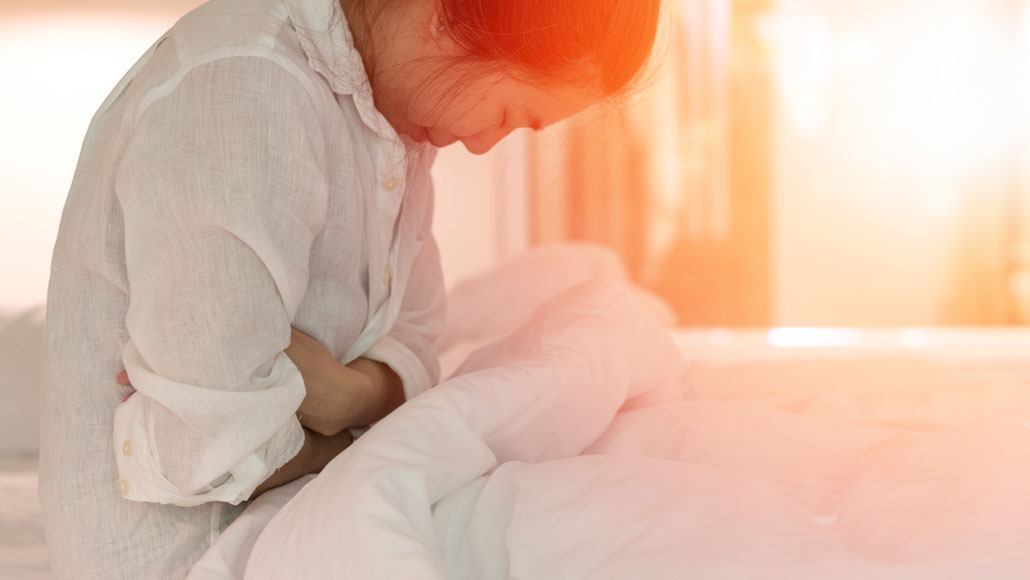 Can You Experience Euphoria With Red Borneo Kratom?

You certainly can experience Red Borneo kratom euphoria, but you have to take a high-dose. I’ll talk to you about Red Borneo kratom dosage specifically in a moment, but we are talking more than 10 g in a single dose of pure powder.

That’s the sort of dose level that will get you into the euphoric rush that kratom can bring. Some people have likened it to that of the heroin rush, which is not surprising as both interact with the same group of opioid receptors in our bodies. However, kratom doesn’t do it in the same addictive way.

You can experience and overwhelming, intensive Red Borneo kratom euphoric rush, a wave of sheer happiness, feeling complete like you’re flying, which then drifts down into almost total sedation and pain relief. That’s why Red Borneo kratom is often used and recommended by people trying to deal with the symptoms of opiate withdrawal.

I say this with a caveat, you have to get pure Red Borneo kratom, and doses will be dependent on how you respond to it individually as well.

Red Borneo Kratom as you’ve seen as a classic red, which can be stimulating at lower doses, all kratom is, and up to around 6 g, most red kratom will maintain higher than normal level of physical energy and cognitive performance, alongside significant calmness and pain relief.

But Red Bali is slightly milder than Borneo if you get pure kratom from those regions trees. It’s a full spectrum red kratom, but it won’t be quite as aggressive in terms of initial energy, or the overwhelming calmness and pain relief, but it’s still fantastic. 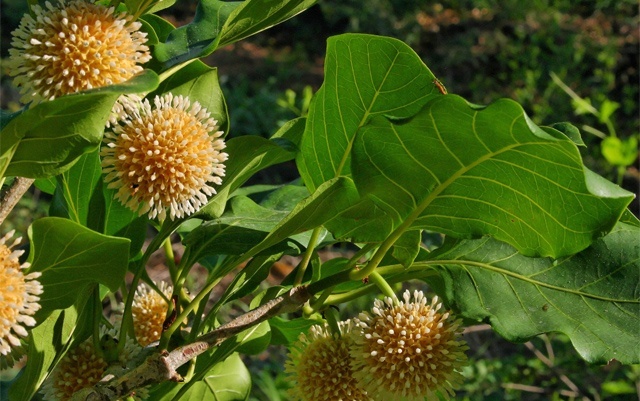 Ultra enhanced kratom follows that process as well. Leaves are dried out to create the alkaloid profile that gives the effects, then they are boiled down into resin, which is then dried out and ground into a powder, but with one crucial difference in that process.

The difference is that ultra enhanced kratom is boiled down using more leaves. So more weight of leaves is boiled down for longer to produce the same weight of kratom resin. So technically, you are getting a far richer and stronger kratom if you buy Ultra Enhanced Red Borneo kratom.

So look, as I said at the start of this Red Borneo kratom review, a lot of kratom is actually very generic, and only if you can buy it from specialist importers, or knowledgeable vendors of kratom, can you get the classic differences between the strains every single time.

For me, over the years of experimenting, there aren’t many places that achieve that consistency between the different types of kratom.

But let me tell you about a couple now that do deliver Red Borneo kratom powder and capsules that are consistently potent and rewarding.

My first recommendation is Coastline Kratom. They are one of the most well-known importers and retailers of kratom into the USA. They aren’t the cheapest, but the kratom they sell is rich, bitter-tasting, and potent.

25 g of Red Borneo kratom powder will cost you $12.99, while the same weight in capsules (50) will cost $26.99. So both are very affordable for several decent experiences.

They also sell Ultra Enhanced Red Borneo kratom as well. That’s significantly more expensive, with 25 g costing $89.99. But you are getting a far more potent experience. If you want to lower your overall powder intake, or you want a treat now and again, then it’s perfect. But definitely not for everyday use. 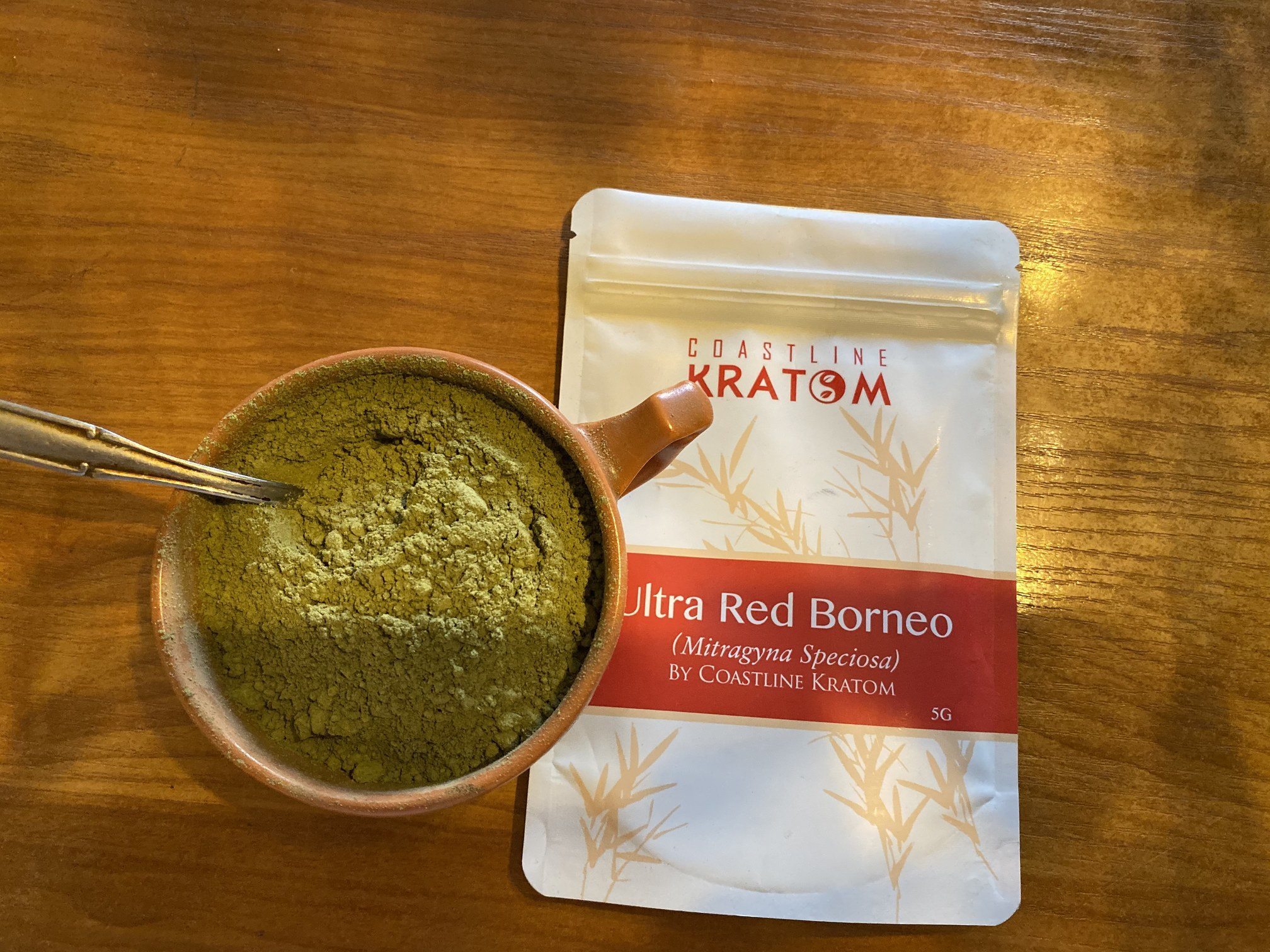 The second recommendation I have you are TheEvergreentree. They are another reputable retailer and importer, who sell the widest range of kratom capsules I’ve ever seen, more than 25 different types as I write this review.

So as you can see, bizarrely, the absolute best loose powder, from Coastline Kratom, is cheaper, but it’s the other way round for the best Red Borneo kratom capsules. That’s why purchasing from both of these suppliers is a good idea, especially as you can then experiment with seeing how the different batches feel.