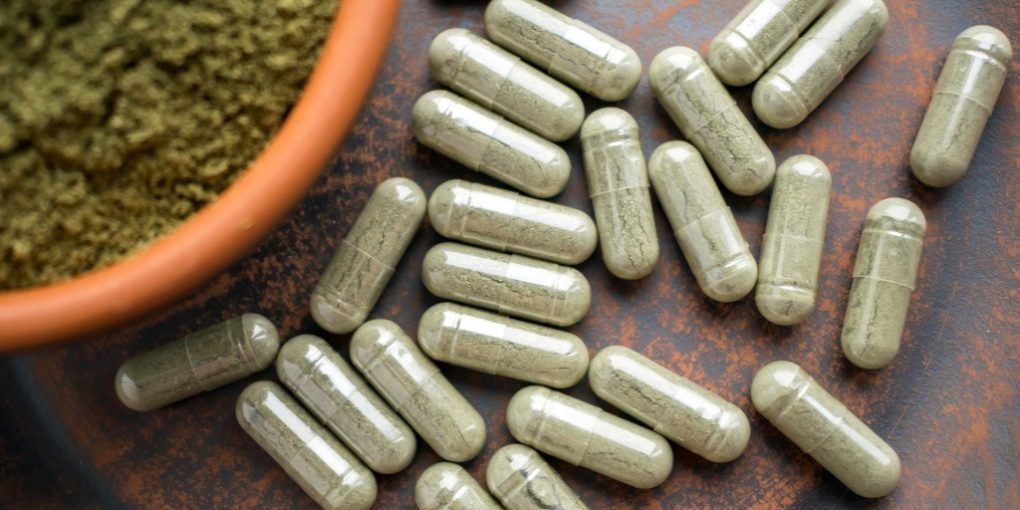 Rebirth PCT Review: Does This Natural Supplement Raise Your Testosterone?

Lots of bodybuilding supplements claim to help you recover your testosterone levels after a cycle of SARMs. One of these is Rebirth PCT from Huge Supplements, and in this review, I’m going to tell you if it actually works.

We will discuss exactly when you need to use PCT for SARMs, and the three main options you have in terms of PCT supplements.

I’ll also go through with you how to use Rebirth PCT, and the ingredients in it which can deliver the claims it makes around raising testosterone production, and suppressing estrogen production.

Finally, I’ll also tell you where you can buy Rebirth PCT, and high-quality Nolvadex and Clomid as alternatives.

When You Need To Use Post Cycle Therapy Supplements

Let’s talk about SARMs. Some are androgenic, meaning that they mimic testosterone to get the results in muscle and bone tissue. For those SARMs, you will need a PCT supplement. Here’s the thing though, not all SARMs work in the body in the same way. Although they are all classed as selective androgen receptor modulators, they don’t all work in that way.

The SARMs that don’t require a PCT supplement because they aren’t androgenic are:

But if you are using any other SARMs, or something more potent like steroids or prohormones (although I wouldn’t advise that, obviously), then you will suffer from testosterone drop, and you will need a PCT supplement. For more info please check out my  SARMs 101 Guide. 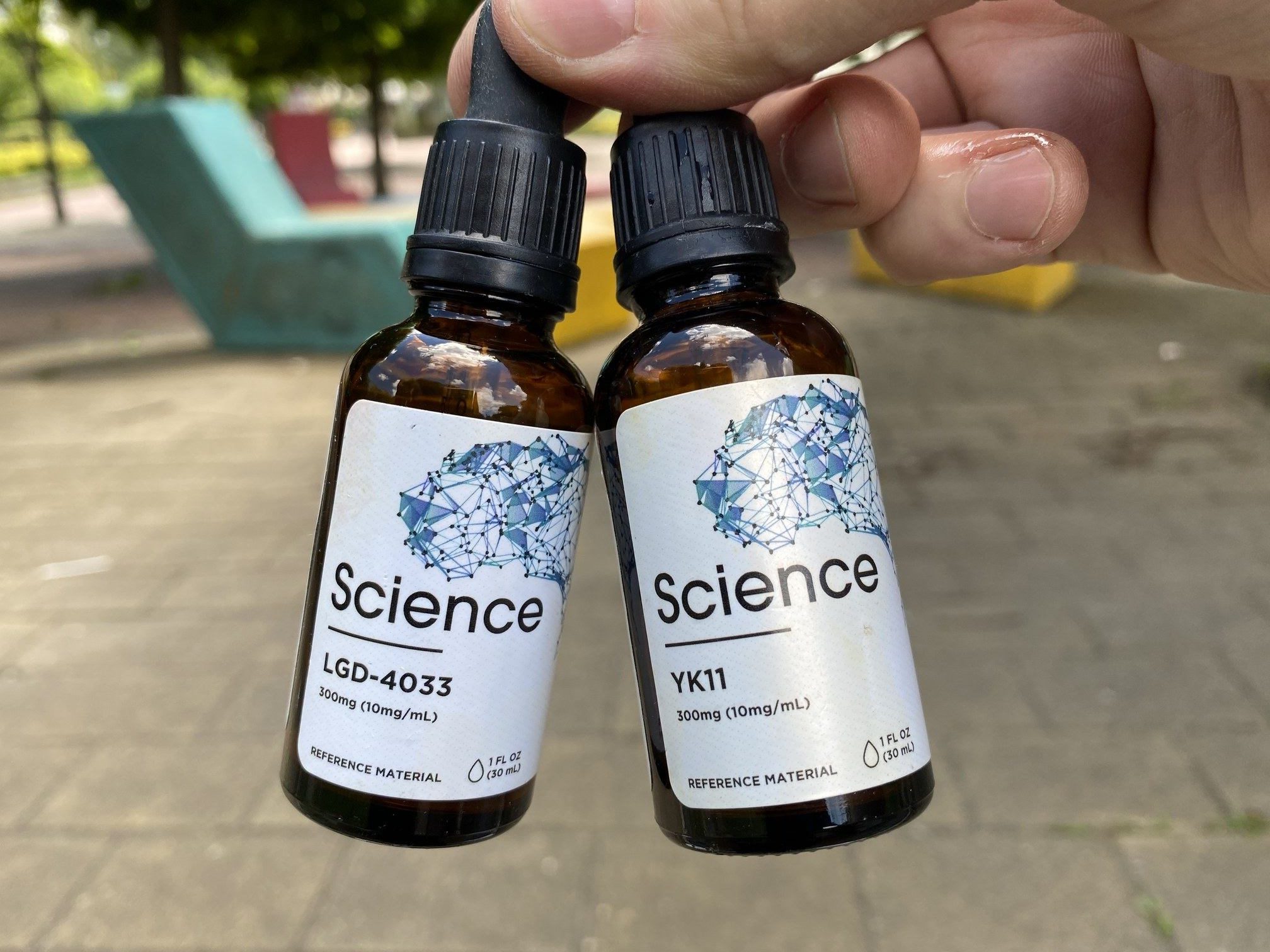 How To Spot If Your Testosterone Levels Are Dropping

People in reviews and guides will talk to you about PCT supplements and knowing when your testosterone levels are dropping, but what exactly are the symptoms to look out for?

These are the classic signs of lowering levels of testosterone production

I have to warn you here, that the signs of testosterone drop should not be ignored.

If you ignore them, especially over several SARMs cycles, you can actually program your body to permanently lower its testosterone output, with significant impacts around the body, especially in organs like the heart and prostate.

At the first signs of any of the things I’ve just mentioned, you should be doing one of the following:

Can You Use Rebirth On Cycle?

A lot of people talk about using Nolvadex and Clomid on cycle. I wouldn’t really recommend that, because you are using another chemical to fight against the androgenic SARMs you are using. I don’t think that’s a clever thing to do, especially not for the long term.

If you are going to insist on using something on cycle, Rebirth is perfect because it only uses natural ingredients to both raise your testosterone levels, and acts as a natural aromatase inhibitor (lowers estrogen production).

But generally, if you are starting to feel the signs of testosterone drop, I would not use Rebirth on cycle, or even Nolvadex and Clomid. My recommendation would be to stop the SARMs cycle and move directly to PCT in order to make sure you do not cause long-term problems in your body.

How To Use & Dose Rebirth PCT

Let’s talk now about exactly how you use Rebirth PCT, over how long, and at what doses you should be taking it.

In terms of Rebirth PCT dosage, you should take six capsules every day. A single bottle contains four weeks’ worth of dosing and enough for a short PCT cycle. However, I’d recommend having two bottles in stock, because the average length of a PCT supplement is usually between six and eight weeks.

You simply take six capsules every morning with water. You can take them all at once, or space them out in pairs over a couple of hours or so.

Using Rebirth PCT on cycle would be exactly the same, with the same dosing.

What Are The Ingredients In Rebirth PCT?

To try and explain to you how potent Rebirth PCT is, I got to tell you what’s actually in it.

These are the ingredients of Rebirth PCT:

I’ll go through the evidence about these ingredients in a moment, but generally, it’s safe to say that if you’re looking for a “Who’s Who” of naturally occurring ingredients linked to increasing testosterone production acting as an aromatase inhibitor, lowering blood sugar levels, increasing levels of cortisol, and fueling stronger muscle growth, then practically every single one is on that list. 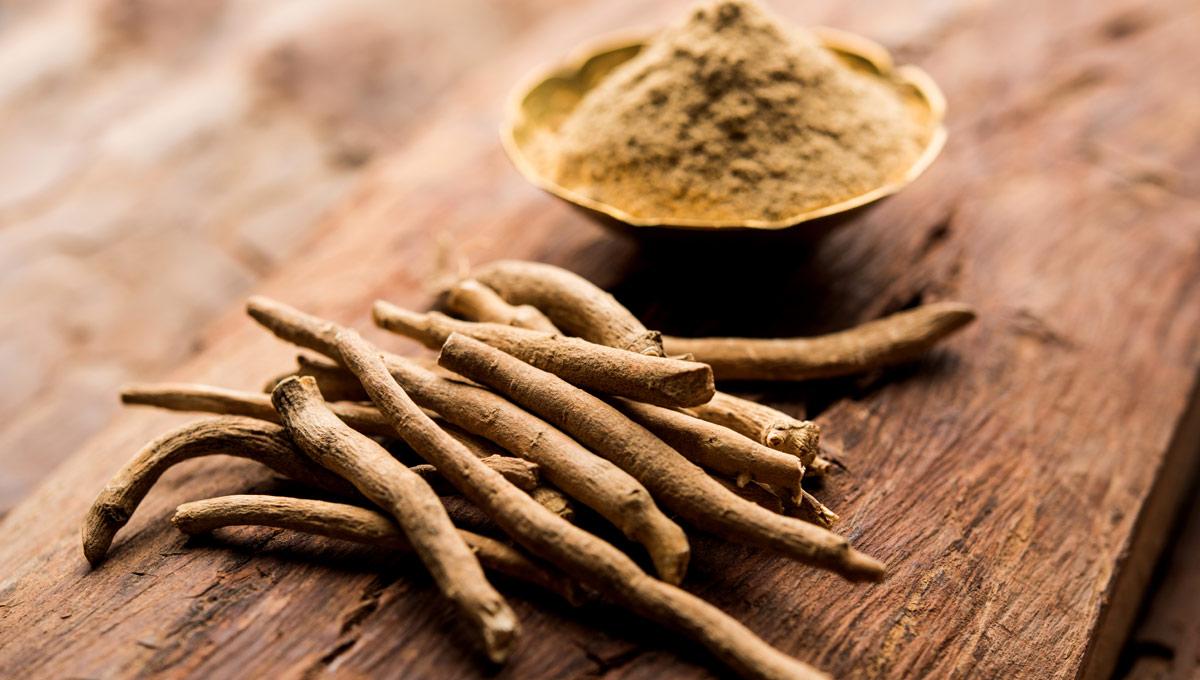 Is There Evidence That Rebirth PCT Really Works?

The only way that you can present evidence that Rebirth PCT actually works is to look at the ingredients and the evidence that it could work.

Let’s quickly look at the main ingredients are so you can assess them for yourself.

Armitage has been found to be a natural aromatase inhibitor. That means it blocks some of the production of estrogen in both men’s and women’s bodies. However, it’s not that potent.

Ashwagandha has been touted as curing a lot of issues, from low blood sugar to better vascularity, inflammatory diseases, even cancer. It has been proven to lower levels of cortisol though, which is the main stress hormone that if it’s high can inhibit muscle growth. Some studies have suggested it helps to elevate testosterone production as well.

Magnesium, zinc, and vitamin D are all linked to higher levels of sperm production, energy, and heart health. Together, they can give you the basis to work out harder and potentially raise your body’s testosterone levels completely naturally.

Safed Musli is a naturally occurring anti-inflammatory. That means it can help with muscle recovery. Studies have also linked it to increasing levels of sperm production, and it’s theorized that it mimics testosterone in this regard. It’s been used to cure depression and impotency. Although it mimics testosterone because it’s completely natural, it doesn’t do it aggressively enough to lower testosterone levels, conversely, it encourages the body to work at peak performance which can elevate testosterone.

D-Aspartic acid will be found in any natural bodybuilding supplement that claims to elevate testosterone levels. In many studies, it’s been found to do just that, although in some then not particularly spectacularly. However, it is the most widespread substance out there linked to elevated testosterone production.

These Are The More Potent PCT Supplement Alternatives You Can Use

I’m going to tell you here that Rebirth PCT is not particularly potent. However, having said that, for single SARMs, at moderate doses, it will be more than enough. It will also be enough for SARMs stacks at low doses.

The problem is that if you start to suffer a significant dip in testosterone levels, then Rebirth PCT is not aggressive enough to elevate them quickly. For that, I’d recommend you look at Nolvadex and Clomid. Otherwise known as Tamoxifen and Clomiphene, both are far more potent constructed chemicals.

Clomid is more aggressive than Nolvadex. So you have a progression of Rebirth PCT, then Nolvadex, then Clomid. I would only really ever use, if I was using strong stacks of androgenic SARMs though, because it is potent.

In most cases, Rebirth is enough. If it’s not working though, Nolvadex should work, either on its own or supplemented with Rebirth PCT. 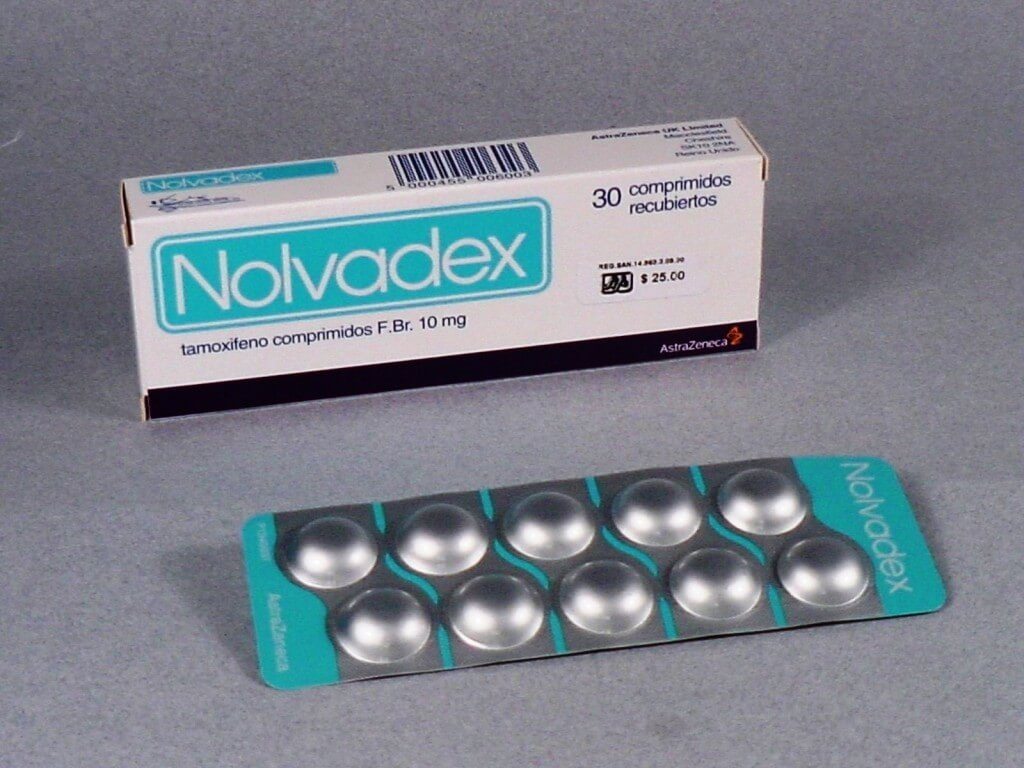 I used it after a stack of Andarine, Cardarine, and Stenabolic about a year ago. It was a stack designed to cut fat and maintain muscle tone, with an additional boosting of energy levels. It worked a treat.

Even though only Andarine was the only anabolic SARM in that stack (a moderate one as well), the dose was 30 mg, which was high enough to potentially deplete my testosterone levels. I did start to feel a drop towards the end of the cycle, so I knew that PCT was going to be needed.

I hedged my bets though, by using Nolvadex for the first few days. Towards the end of the first week I started supplementing that with Rebirth PCT, and then from week two onwards are used rebirth for another three weeks.

I could feel myself recovering almost completely by the end of the second week, but I decided to carry on for another couple of weeks just to make sure. For me, Rebirth PCT definitely works, and if you want to make sure then you can mix it in with Nolvadex a bit.

I want to finish this review by telling you where you can buy it safely and at the best price.

I’d advise you don’t buy it from third parties because of the chance of buying fakes. Buy it from Huge Supplements direct, because you know you’re getting the original product, and usually at the best price.

For Nolvadex and Clomid, you can buy the generic forms direct from Swiss Chems in the USA. These are available in capsule form, which makes it easy dosing a dream. 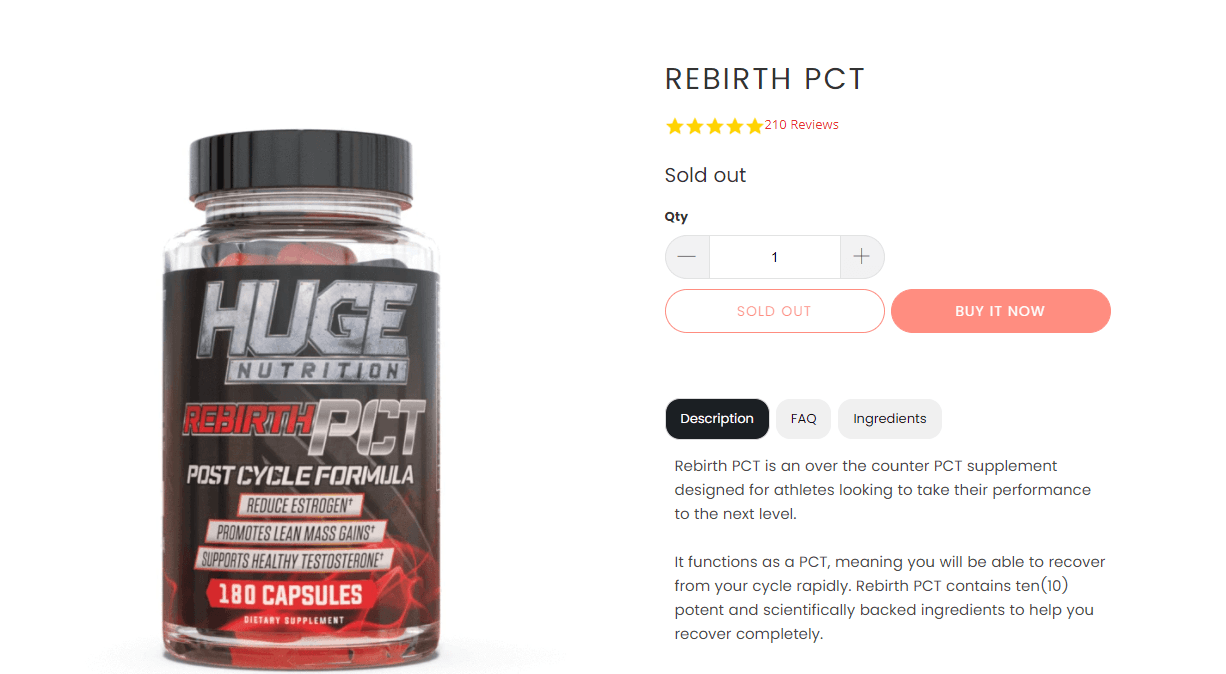 Rats Army are another high-quality SARMs seller that seems to be still supplying highly pure SARMs, peptides, and other supplements.

Rats Army sells nine different types of SARMs at high purity. They also sell peptides, prohormones, and PCT supplements. These are generic but are exactly the same as Nolvadex, Clomid, and Raloxifene.

I wanted to update this piece by telling you about great new supplement that they sell now. It’s a natural muscle/testosterone boosting supplement that is affordable and potent.

I’m not sure if it is as potent as rebirth, but it’s only $22.95 and has had some really good feedback. I’ve used it just for the effects of muscle boosting and it works for that as well, but I haven’t checked my T levels.

If you’re looking to try cheap alternative to see if your testosterone can bounce back without investing heavily, then this could be something to try.

But even just for the muscle boosting extract in it, it’s worth taking because it’s completely natural and harmless.