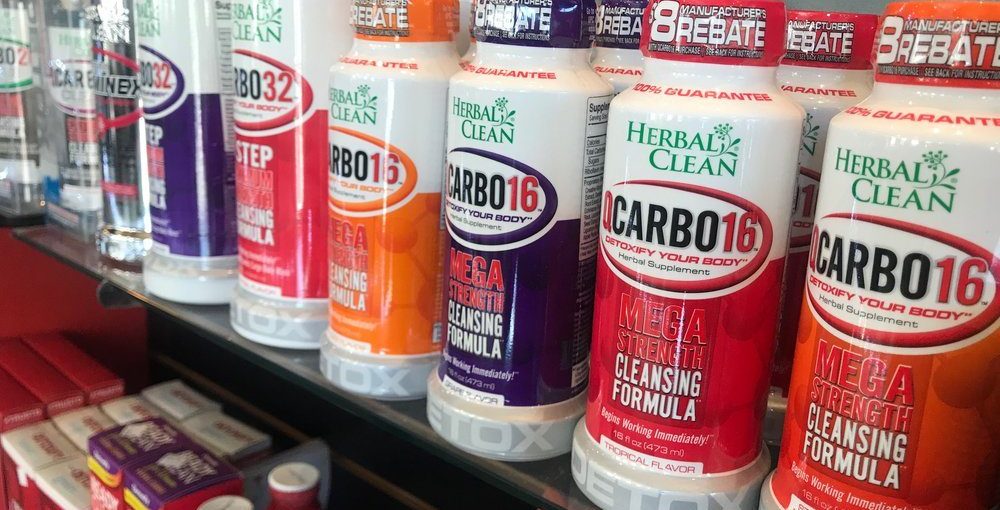 This Qcarbo32 review is going to explain everything you need to know about this very widely available brand of detox drink. It’s well-marketed, but is it any good?

One of the big problems with any detox drink is people don’t understand what they actually achieve. It’s a complete fallacy that they permanently detox your body. They don’t magically flush out drug toxins from every area of your body leaving you clean.

All a detox drink does is to flush out the toxins in your bladder for a short space of time. That’s all that happens if you follow the Qcarbo32 instructions as well. So you’ll be clean for a few hours, but after that toxins will start to leak back into your bladder.

So how good is Qcarbo32 detox for flushing out the toxins and then maintaining the balance of your urine, so that you can pass a drug test?

What Is Qcarbo32 Detox?

Qcarbo32 detox is one of the ranges of drinks available from a company called Herbal Clean. They are a big deal in the drug test avoidance product industry.

Qcarbo32 also has two sister products, a 16 fluid ounce version, unsurprisingly called Qcarbo16, and another called Qcarbo20. None of these actually have a very good reputation now, although they used to be more trusted, because they were the best of the bunch. But that’s no longer the case.

The only difference is the size of the bottle. Qcarbo32 is the largest and is meant for the heaviest toxin exposure, or for people with large body mass.

If you are a heavy smoker and have large body mass, you’re meant to drink two bottles of this stuff. For me, the 16 fluid ounce and 20 fluid ounce versions are virtually useless unless you are tiny, or just smoke a couple of times per week.

Another Herbal Cleanse product, a newer detox drink called Ultra Eliminex, with a vastly updated a more powerful formula, is now one of the most potent detox drinks on the market. However, it’s often as much as twice the price as Qcarbo32, retailing at around $90. 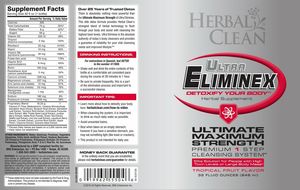 Why Is Herbal Clean Qcarbo So Popular?

Herbal Clean Qcarbo32 detox drink is popular for two key reasons that aren’t actually related to its ability to flush out drug toxins:

But as I’ve said, neither of those reasons have anything to do with the ability of Qcarbo32 detox to flush out drug toxins and maintain the balance of your urine so you can pass a drug test. So how good actually is it at doing that?

The Qcarbo32 instructions for use are pretty straightforward, and in line with most other detox drinks:

A top tip from me is always making sure that you have home drug test kits available, then you can test an hour after the detox drink to make sure you are going to be clean to pass your live drug test.

The second top tip from me is always making sure you have a second detox drink handy in case the first one hasn’t worked properly, or to get your hands on synthetic urine so that you have something else to submit if you cannot get your urine clean using Qcarbo32 detox drink. 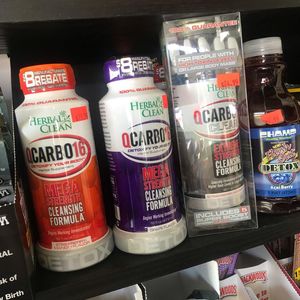 I’ve never used Qcarbo32 in a live drug test because I don’t trust it. Sure, it’s widely available, but that doesn’t make it good.

It has a poor reputation online amongst those who know, and those who have used it. To me, it’s not a strong enough formula, especially when compared to the latest product from the same company, Ultra Eliminex, which has a better track record.

I have tested it at home though. I picked up a bottle in Walmart, and I didn’t smoke for 48 hours. I then followed the instructions and did a home drug test kit. I failed. So for me, it didn’t work.

However, a couple of guys I know have used it in live drug tests and passed. But then I know another person who failed. However, she used the smaller Qcarbo16 bottle. But then again, she’s small in stature, and only smokes a couple of times a week.

So I can’t really recommend Qcarbo32 to you. It might work for you, but it might not. If you buy two bottles then it might be strong enough to flush out your system. But then you’re paying more than for any other detox drink out there, and for me, there are better options that cost less money than that.

So what are the alternatives to Qcarbo32 detox?

Well, the first one is definitely Clear Choice Rescue Cleanse. One 32OZ  bottle costs $55, so sometimes as much as 1.5x the price as Qcarbo32. However, looking at its track record, and the fact I passed a drug test using it, for me, it’s twice the drink. It’s made by Clear Choice, which also makes the two best synthetic urine brands on the market.

The second one I’ll point you to is Mega Clean. It’s also available in Walmart, but I wouldn’t buy it from there because it’s not much better than Qcarbo32 on its own.

But if you buy it online, bundled up with the powerful Toxin Rid pre-rid pills, then your 24-hour detox beforehand can eradicate a lot more toxins, giving Mega Clean and easier task. You can buy the Mega Clean&Toxin Rid combo here.

If you held a gun to my head I would say go for Rescue Cleanse. It’s the most powerful formula, and it’s not even expesnive. Then I’d go for Mega Clean with toxin rid pills for $69.

Only if none of those options were available would I go for Qcarbo32. It’s better than nothing, and you could get lucky if you have light toxin exposure, as it can flush out your system and maintain the balance you pass a drug test. But it is far more of a gamble than with the superior detox drinks on the market. 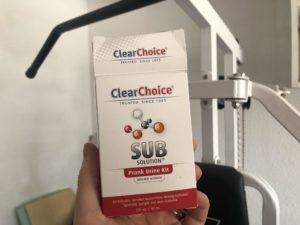 Strategies Better Than A Detox Drink

If you’ve got the nerves, then the strategy that is definitely better than a detox drink is submitting a synthetic urine sample when you go for your drug test.

Now don’t get wrong, it takes nerves of steel is to synthetic urine smuggle in, and you have to make sure it’s submitted at the right temperature. If you can overcome those two problems, then it’s definitely got a higher pass rate than a detox drink like Qcarbo32.

Sub Solution and Quick Luck are the two brands of synthetic urine I would recommend you use, as they have complex formulas, and a brilliant way of keeping them within the correct temperature range, specialist heat activator powder.

If you just can’t face smuggling in a sample, even though the test will be unobserved, or you are facing the nightmare scenario of an observed drug test, then a detox drink is your only option.

If Qcarbo32 is your only option, then the conclusion of my Qcarbo32 review has to be to make sure you detox for many days as possible before using it and drink it on an empty stomach.

If you can get your hands on a high-quality detox supplement, something like Toxin Rid, and use that for a couple of days beforehand, that will eliminate far more toxins, giving Qcarbo32 detox some chance of working.