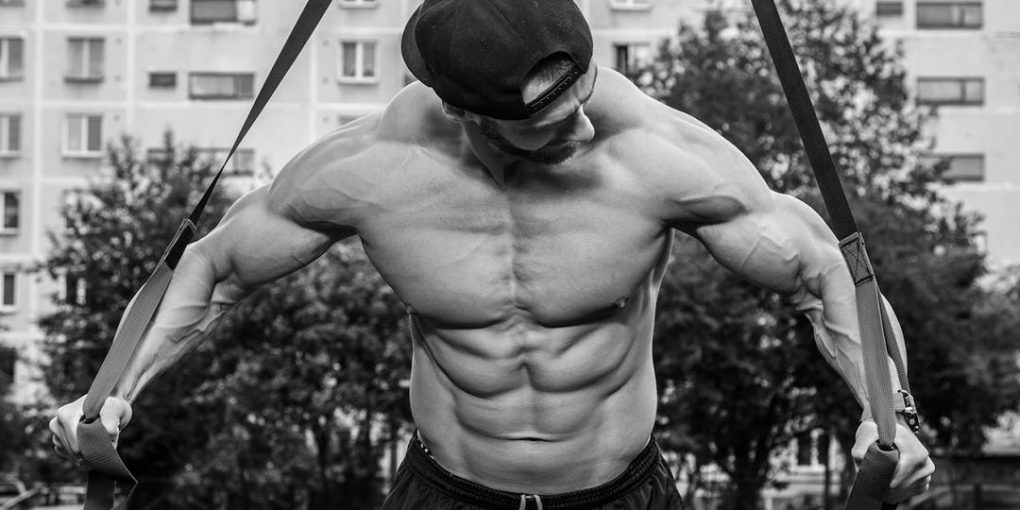 Nolvadex was never designed to be used by bodybuilders, but nevertheless, it’s the most common PCT supplement in use by men using SARMs (Selective Androgen Receptor Modulators).

In this review, I’m going to tell you everything you need to know to use Nolvadex safely and completely to offset testosterone drop from using certain types of SARMs.

Here’s What Nolvadex Is & What It’s Really Meant For

Nolvadex is actually the brand name for a chemical called tamoxifen. If you buy off label Nolvadex, what you’re actually getting is tamoxifen, the active ingredient in the brand name chemical.

Officially, you’ll see it described as a non-steroidal anti-estrogen chemical.

It was originally created to help treat breast cancer. It could minimize the production of estrogen, which could help cancer cells to proliferate more readily, and could make them more likely to grow again after cancer treatment. But it was then found to be good for infertility problems in women. Also, infertility treatment in men then followed.

So although Nolvadex is mostly aimed at being used by women, or cancer patients, in recent times it has been used officially as an infertility treatment in men, to help them produce more sperm and be more fertile through having elevated levels of testosterone. 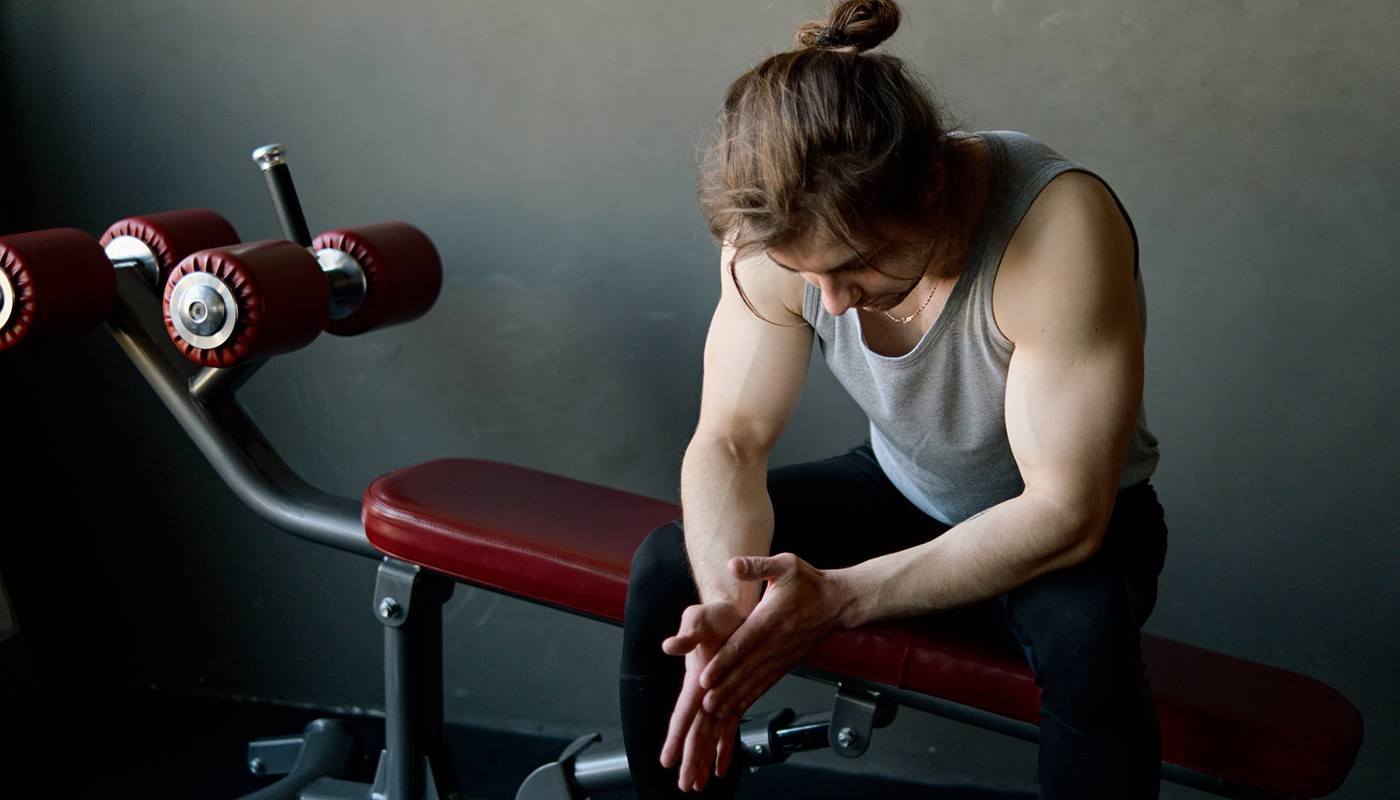 Nolvadex works as an aromatase inhibitor. That means that binds to estrogen receptors in the body, lowering the levels of activity in those receptors, and also the interaction of those receptors with the pituitary gland.

In lowering the activity of the estrogen receptors, and the messaging to the pituitary gland to produce more, the body will produce less estrogen.

Also, the way that Nolvadex acts as an anti-estrogen means that the pituitary gland then starts producing more follicle-stimulating hormone (FSH), and luteinizing hormone (LH), both of which are crucial to the size of men’s testicles, sperm production, and testosterone production.

So what you’re getting with Nolvadex is something that inhibits estrogen production, allowing testosterone that is produced to hang around, and to produce more FSH and LH, both of which not only helps with male traits but also help to also increase testosterone production.

How To Use Nolvadex During PCT

Now you understand what Nolvadex is and how it works, let’s talk about using Nolvadex/tamoxifen as a PCT supplement.

To be honest guys, it’s pretty straightforward. You do your SARMs cycle, and then you do post-cycle therapy for several weeks until your testosterone levels have rebounded back to normal.

Now obviously there are a few things we need to talk about here, and I’ll start with the bit about your testosterone levels rebounding.

If you’re going to use SARMs that deplete your testosterone, I would suggest you get a testosterone test done before your first cycle. That way, you’ll know how much your natural testosterone level is, and then do one after the cycle to see how much it has depleted. That way you’ll know for sure.

However, generally, most guys will know when their testosterone levels are dropping during the SARMs cycle, because of some of the following warning signs:

If you see any of these warning signs, I would suggest you stop your SARMs cycle and begin post-cycle therapy using Nolvadex.

I will just say that Nolvadex is quite mild, especially compared to Clomid, and it’s not going to be good for helping you to quickly recover your testosterone levels back to normal. It can take several weeks of use, so you should start immediately that you feel testosterone levels are dropping, even if that means stopping your SARMs cycle early.

For the duration of your post-cycle therapy, you then just take Nolvadex every day as a dosage level which will help you to recover your testosterone levels. 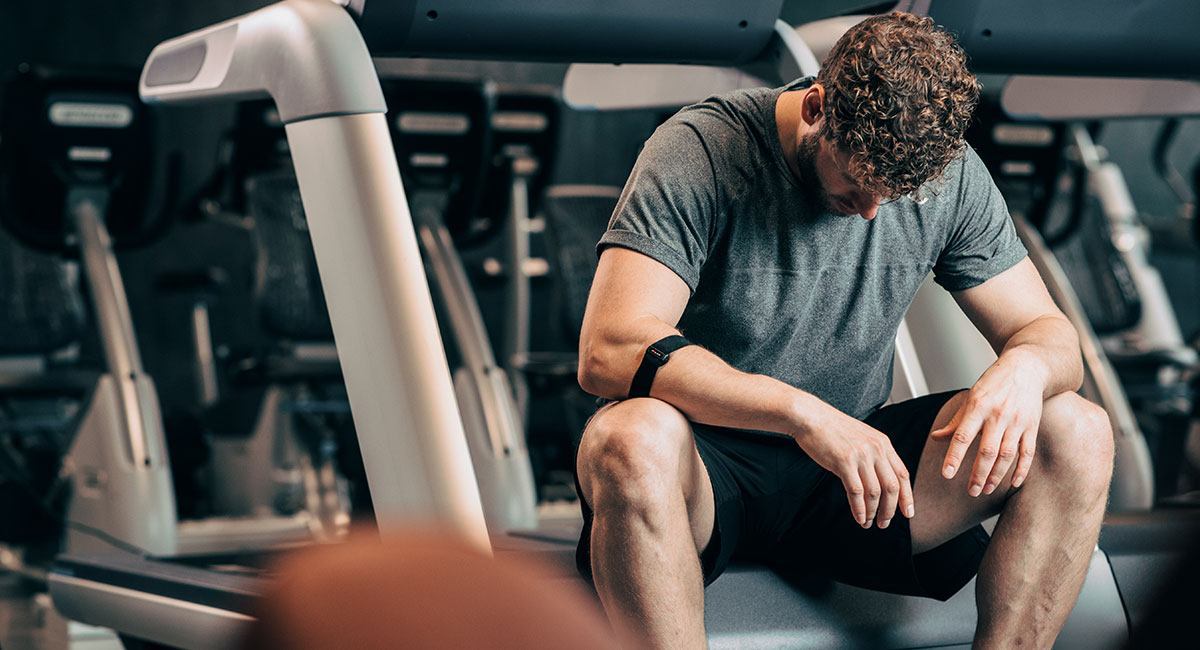 Before I cover the sort of Nordic dosage range you should be thinking about, I actually want to talk to you about the length of your post-cycle therapy.

I usually have post-cycle therapy equal to the length of the SARMs course. So if I do a 10-week SARMs cycle, then do 10 weeks of post-cycle therapy. Not only does that give you a great chance to recover your testosterone levels, but it also gives your body a break.

At a minimum, it should be around six weeks for an eight-week SARMs cycle or eight weeks for 10 weeks SARMs cycle.

The half-life of Nolvadex is as long as seven days. It has an elimination range of up to 11 days, but this can also be as low as three days. But that doesn’t mean you should only take it every few days. Especially in the beginning, you should be doing daily dosing.

Nolvadex is mild, so you’ll want to take a strong dose, to begin with. This will be somewhere in the region of 20 mg per day, either as a single 20 mg dose in the morning, or two 10 mg doses morning and afternoon.

After about three or four weeks, you should be able to drop the dose down by 50%. Don’t be afraid to keep it at 20 mg if you still feel your testosterone levels haven’t rebounded.

The bottom line here is that it’s not going to be certain. You’re going to have to understand your body, mess around with dosing, and see how you feel over time. Trial and error will be part of this, and being aware of your body and changes within it is crucial.

Can You Use Nolvadex On Cycle?

One question I get asked a lot is can you use Nolvadex on cycle? Let me clarify what that means. We are talking about using it while you are still in the middle of your SARMs cycle, so you are taking SARMs alongside Nolvadex.

Nolvadex is mild, so there shouldn’t be that many problems with doing it. I wouldn’t recommend that you use it all the way through a SARMs cycle to try and offset the testosterone drop though. What you are doing there is complicating body systems where one chemical is trying to deplete the testosterone, at the same time another is raising it, which could cause problems.

The only time I would suggest using a SERM on cycle is if you are getting close to the end of the cycle, and you’re doing really well, but you can feel your testosterone levels dropping. Not so much that you need to stop the cycle immediately, but enough for you to want to offset the drop.

In that circumstance, the last couple of weeks of your cycle, I can’t see a problem with using Nolvadex on the cycle. Just make sure you are using a low dose, perhaps only 5 mg per day, or even 10 mg at a push, basically, as little as you can. 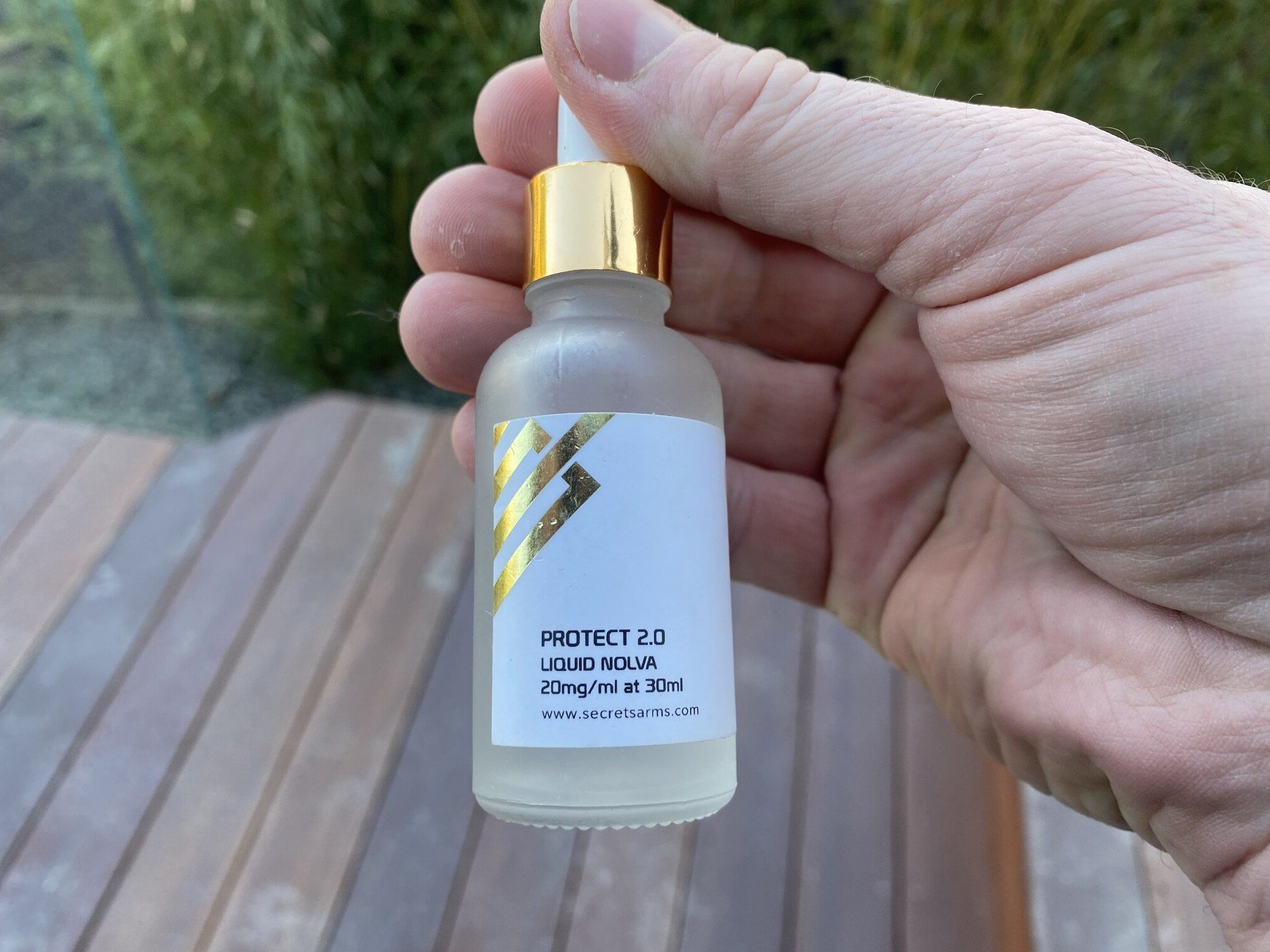 These Are The SARMs That Don’t Deplete Your Testosterone Levels

Here’s some great news for you, not all SARMs actually deplete your testosterone levels. Although chemicals you might stack together, read news individually, called SARMs, several of them don’t actually work on the androgen receptors in the body at all.

Ostarine does work on the androgen receptors. However, it’s so mild, unless you are taking a high dose (40 mg or more per day), then it shouldn’t deplete your testosterone levels, and you shouldn’t need a PCT supplement if you’re using it on its own to protect gains or cut fat.

Cardarine GW-501516, Stenabolic SR-9009, and Ibutamoren MK-677 are the three SARMs that work differently in the body. They do not interact with the androgen receptors, and therefore do not require a PCT supplement.

So it’s perfectly possible to stack MK-677 with SR-9009 for gains and energy increases, and not use a PCT supplement afterward at all.

I’ve already touched on this, but Nolvadex is far milder than Clomid is. Nolvadex is taken at around 20 mg per day, but you could also push the dose up to around 40 g per day for the first week or so if you’ve got a significant testosterone drop.

Nolvadex is taken within the same dosage range is, generally, but 20 mg of Nolvadex is far milder than 20 mg of Clomid.

Clomid works in exactly the same way as Nolvadex, but it does it more aggressively. That’s because it also binds to the receptors that stimulate the production of FSH and LH, so increases the production levels further than Nolvadex does.

I would suggest you have both available. If you’re using mild SARMs, or low doses generally, then Nolvadex will be enough, but if you start to really suffer from testosterone drop, have Clomid to hand and use that instead, especially initially.

The problem with SARMs and PCT supplements is finding them for sale at all. Worse than that, you’re looking for high-quality off-label copies of the brands Nolvadex and Clomid. That’s not easy to find, and I have struggled to get good quality PCT supplements online.

However, if you want to buy Nolvadex, then you can buy it from a couple of places, one of which is Swiss Chems.

I talked about these guys before, and it’s where I sometimes get my SARMs from. If you want a “one-stop-shop”, then they are the perfect destination, although I’ll be honest, they are slightly more expensive than a couple of other places I buy SARMs online from. But the quality is guaranteed.

I’m adding a little update here to tell you about another source of high-quality SARMs, peptides, and also those crucial PCT supplements. Rats Army is a company I have now ordered from twice. The SARMs work like a charm and the PCT supplements are very good value for money.

They sell generic Clomid, Nolvadex, and even good quality Raloxifene in liquid format. Pricing is also good, with a 30 mL dropper bottle of any of these three costs just $45 currently.

So if you’re looking for an alternative source of SARMs and PCT supplements in these increasingly difficult times, then Rats Army is definitely a place to investigate.

UPDATE #2: Rats Army Has Been Shut Down

I hope this guide to Nolvadex has been useful for you.

The crucial thing to do is have Nolvadex and Clomid in stock at home. Have a fixed SARMs cycle length, and don’t be afraid to end it early. Also, don’t be afraid to start with some Nolvadex on cycle towards the end if you think your testosterone levels are starting to drop, because this will offset things a little.

So the bottom line here is Clomid if you’re really struggling, and Nolvadex if you’re not. But make sure they are both available, and make sure you know which SARMs need them (and remember that when you stack SARMs, even at lower doses, the depletion of testosterone will be stronger).