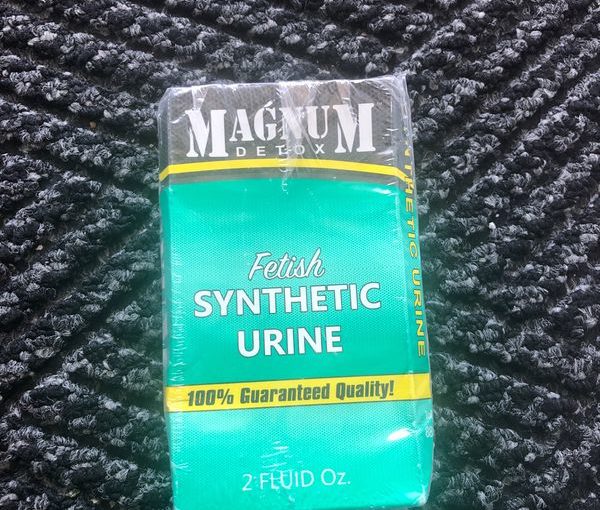 There are loads of brands of synthetic urine out there, but they mostly have the same problems, and I’ll explain to you carefully in this review exactly what the problems with Magnum synthetic urine are.

Plus, I’ll tell you why Magnum synthetic urine failed people if you can do something about that, and conclude this Magnum review by telling you about four other synthetic urine products that have more modern and advanced formulas.

What Is Magnum Urine?

Magnum synthetic urine is a brand of synthetic urine that is premixed but is slightly different to other brands out there. That’s good, but also bad, as I’ll explain in a moment.

It’s been around for quite a number of years and used to be seen as reliable. But that was when there is nothing better available, and when drug testing was less advanced than it is right now.

It has a huge red label on the box saying “fetish only”. This shows its primary purpose nowadays but it is also an unofficial legal disclaimer to show that it’s not meant to be used to pass a legally administered drug test.

But the bigger question is, should you want to use it for that purpose, is it capable of passing one? 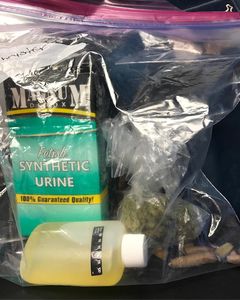 Well, it does, but this is where things get a little strange. Magnum synthetic urine didn’t contain uric acid. But when it became evident that it needed to because some drug testing labs check for its presence as part of their validity tests, they added it.

But they didn’t add it to the actual synthetic urine, they supply it separately. So you mix it in with the synthetic urine. But when you do that isn’t clear, because the instructions aren’t clear.

But basically, when they realized it wasn’t going to pass a modern drug test, they included separate uric acid that you can add to it. That’s a little bit of shortcut, and doesn’t really reassure me about the quality of the formula.

You get the following items in the box:

Magnum synthetic urine instructions are straightforward, although a little confusing and certainly a novice could get them wrong:

So that’s straightforward apart from uric acid bit, which I’ve put in, as they just dumped that at the end of the instructions not really making it clear when you put in. My big concern is that they claim that once you have put uric acid in that it’s going to stay usable for seven days.

That might be the case for non-drug test purposes, but I would never have it sitting around for more than 24 hours before using it for drug test because once it’s oxygenated it’s going to start spoiling and the chemical composition will change. For me, the Magnum synthetic urine instructions are not very good. 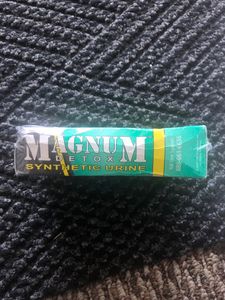 There are loads of Magnum synthetic urine failed reviews out there, and a lot of them seem to be real. I’m not sure why anyone would put a fake negative Magnum urine review up nowadays, is just not a powerful brand anyone would want to knock out of the way.

So taking them as real, the amount of Magnum failed feedback is getting stronger. The reason for that is obvious: it’s not an advanced formula.

Worse than that, the separate uric acid is too much of a wildcard for me. I’m not even convinced that the balance is right when you add it in. Worse than that, if people are following the instructions are making it up a week in advance, then it could be spoiling before they get anywhere near the testing lab.

Finding Magnum synthetic urine for sale is becoming harder because of its poor reputation nowadays.

It’s really not a recommended brand anymore, and with so many other quality ones out there shops have stopped selling it.

You’ll find it in a few headshops, usually at an extortionate price, and on a few poor quality detox product websites, where it’s often old stock they are still trying to get rid of. So finding Magnum synthetic urine for sale is getting harder, and for me, that’s a good thing. 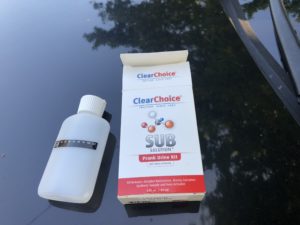 So look, I think you’ve already guessed that the conclusion of my Magnum synthetic urine review is that it’s not a recommended brand anymore.

There are better alternatives out there, and if you’re going to go to all the trouble, and bravery, of smuggling synthetic urine sample into the test, then you sure as hell better make sure it’s the absolute best brand you can afford.

The four better brands than Magnum out there are:

#4 Monkey Whizz looks the part and has a pretty good formula. It doesn’t contain the artificial preservative biocide (another thing Magnum is rumored to have) that labs can detect, and it’s affordable. But it’s not a very complex formula and could fail a more rigorous drug test. The Monkey Flask product is affordable and good enough for a basic drug test. You can purchase it here.

#3 Quick Fix has been around for about 20 years and is a very trusted brand. But it’s a bit like Magnum, it’s living on reputation, but less than with Magnum. The formula is not that complex, and for me, it doesn’t look that realistic. But looking online, it still has a good track record of positive reviews and for the price, definitely worth considering. You can purchase it from Quickfixsynthetic for $39.

#2 Sub Solution has been the most advanced formula for several years now. It used to be number one, but only it’s sister product has knocked it off that top spot. The combination of a complex formula, and the fact it uses heat activator powder rather than a heatpad, meaning you’ve got more control unless the rate of failure, make it an awesome solution. Sub Solution is expensive, one bottle costs $80.