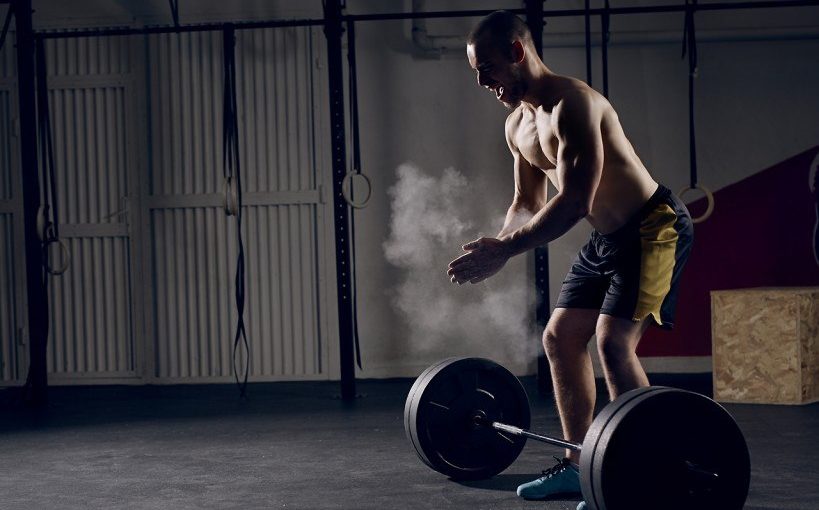 Ligandrol is an investigational drug that’s been hijacked and used by the bodybuilding community globally to cut fat and boost energy levels, alongside maintaining lean muscle mass. In this Ligandrol review, you’re going to learn everything you need to know about this SARM.

We will cover the benefits its development was intended to deliver, we’ll talk through sensible Ligandrol LGD-4033 dosing, cycling, stacking, and side effects to be aware of. We will also compare it to other similar SARMs, and tell you the truth about what people who are using it are genuinely saying online.

Plus, you’ll learn how to spot pure SARMs, and how can find pure Ligandrol for sale, that’s safe to experiment with at an affordable price.

Ligandrol is research chemical developed by Ligand pharmaceuticals in the 2000’s. It was aimed at helping people with things like osteoporosis, helping to preserve muscle mass even though keeping weight on was a problem for those people.

They then passed on the license to someone else, even though they still have a stake in it. The new owners, Viking therapeutics, have allegedly done trials on humans, but have never released the results (although apparently that’s set to change during 2020).

So what you’ve got with Ligandrol LGD-4033 is a research chemical that has traits which can help humans, but it’s not licensed for humans, and existing human trials are very limited. But they do give us some clues.

It’s a classic SARM, a “selective androgen receptor modulator”. It targets muscles in the body only, and through the androgen receptors enhances those messages telling your body to grow lean muscle but also the same time not to grow fat. So it replicates the role of testosterone, and you will burn more fat. Even in a calorie deficit, you could lose a lot of weight while maintaining your physique. 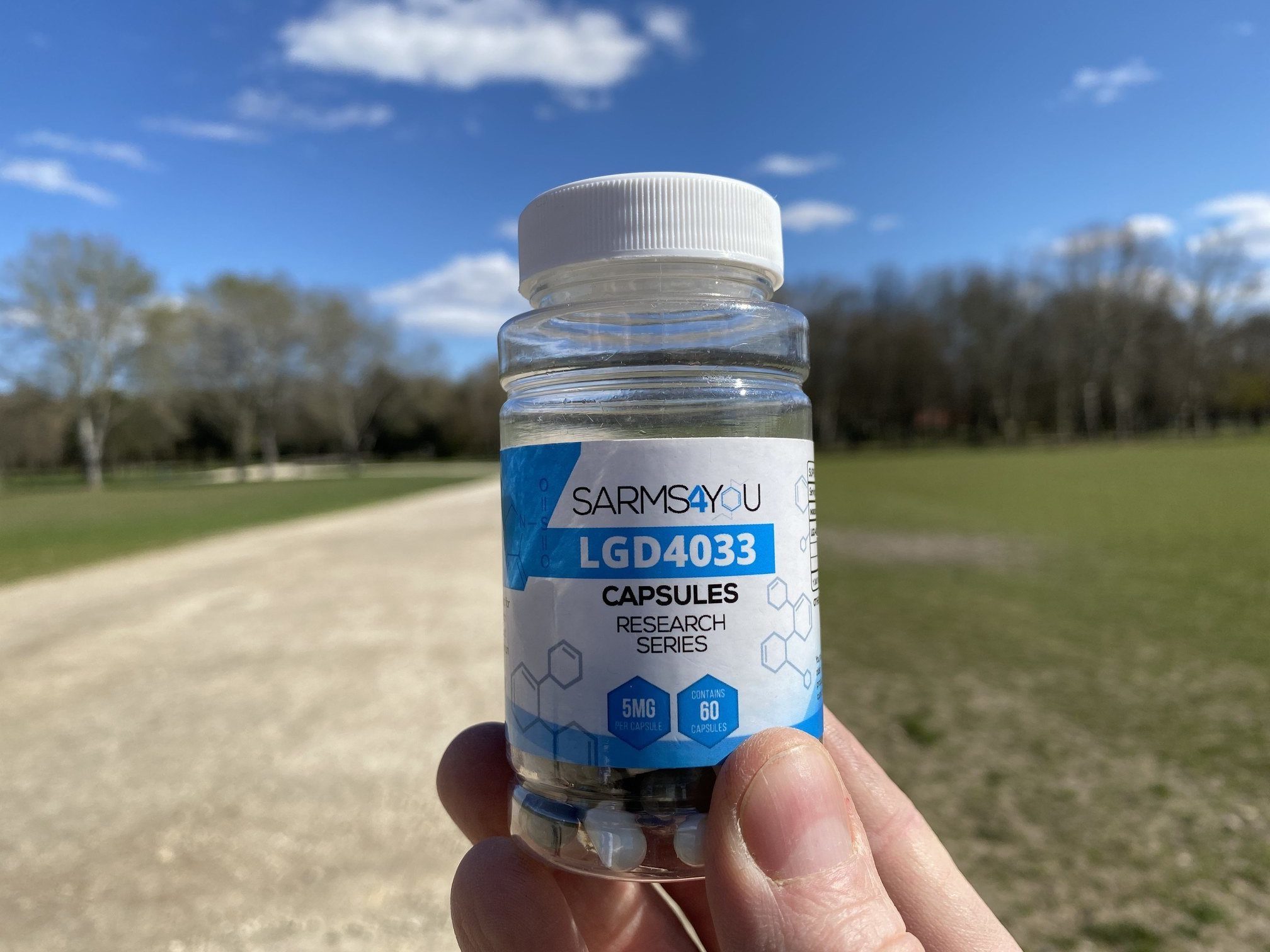 But that lack of certainty has not stopped bodybuilders from using Ligandrol LGD-4033 for a decade now to enhance the results they could ever get in the gym pumping naturally.

The benefits that Ligandrol aims to give, not specifically for bodybuilders, but within its design are:

So what you’re getting with Ligandrol LGD-4033 is the power to increase lean muscle mass by replicating the messages that testosterone sends to the muscles telling them to grow, but without increasing your T levels.

At the same time, it helps to inhibit the growth of body fat, meaning that it will burn more readily, helping to rebalance your body.

As you’ve seen, it’s dose dependent. The higher the dose, the more lean muscle mass and more fat you are cut. But although Ligandrol is a great all-rounder and that sounds brilliant, it does have a ceiling. The problem is nobody really knows what that ceiling is in terms of dose or effects.

But it is 12 times more powerful than the original SARM Ostarine, so doses need to be far lower. For most people, 10 mg or less.

That doesn’t sound a lot, but studies have found testosterone levels start to be suppressed (because you’re replicating testosterone activity the body starts to shut down its production) at a dose of only 1 mg, so it stands to reason that 10 mg be very suppressive.

That doesn’t sound a lot, but scientists have established from limited human trials that anything above 22 mg is an extreme dose. You really don’t want to be taking more than 10 mg of this stuff, especially if you are stacking it. 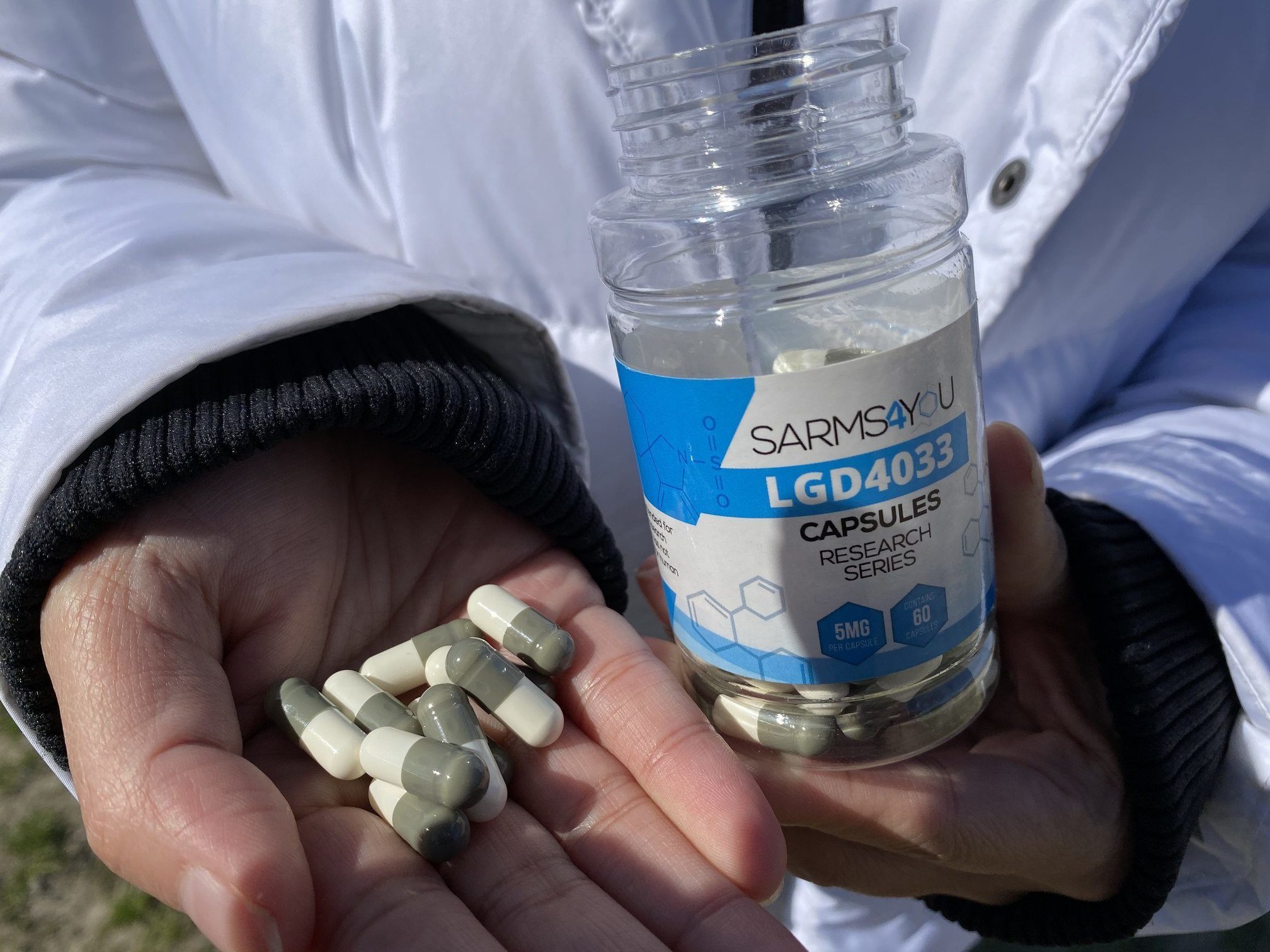 Cycling Ligandrol is also tough to explain to you. Human trials have only used a maximum exploration of 21 days at 1 mg per day. Muscle growth was seen, body fat was cut. So cycle should be kept quite short. I said 10 mg should be your ceiling, as it was well tolerated with zero side effects in the human studies.

An eight-week cycle at a maximum of 10 mg per day is, therefore, my advice, far less if you are stacking it, and you will need a long break because it is suppressive on testosterone levels.

So talking specifically about bodybuilding, what other realistic Ligandrol results can expect after a single eight-week cycle at 10 mg per day? Again, that question isn’t easily answered. Everyone is different, and it depends on your gym routine, the cardio you put in between, and your diet and rest as well.

But to give you a general idea, after one test cycle of eight weeks using 7 mg per day alongside a progressive gym routine that pushed me past personal bests within a month, I got the following Ligandrol results:

Stacking LGD-4033 is definitely the way to get the best out of it. Stack it with other SARMs for potent muscle building and cutting fat. Ligandrol is a great all-rounder, but by teaming it up with something like Cardarine and you’ll get an incredible increase in cutting fat, building muscle, and energy levels. 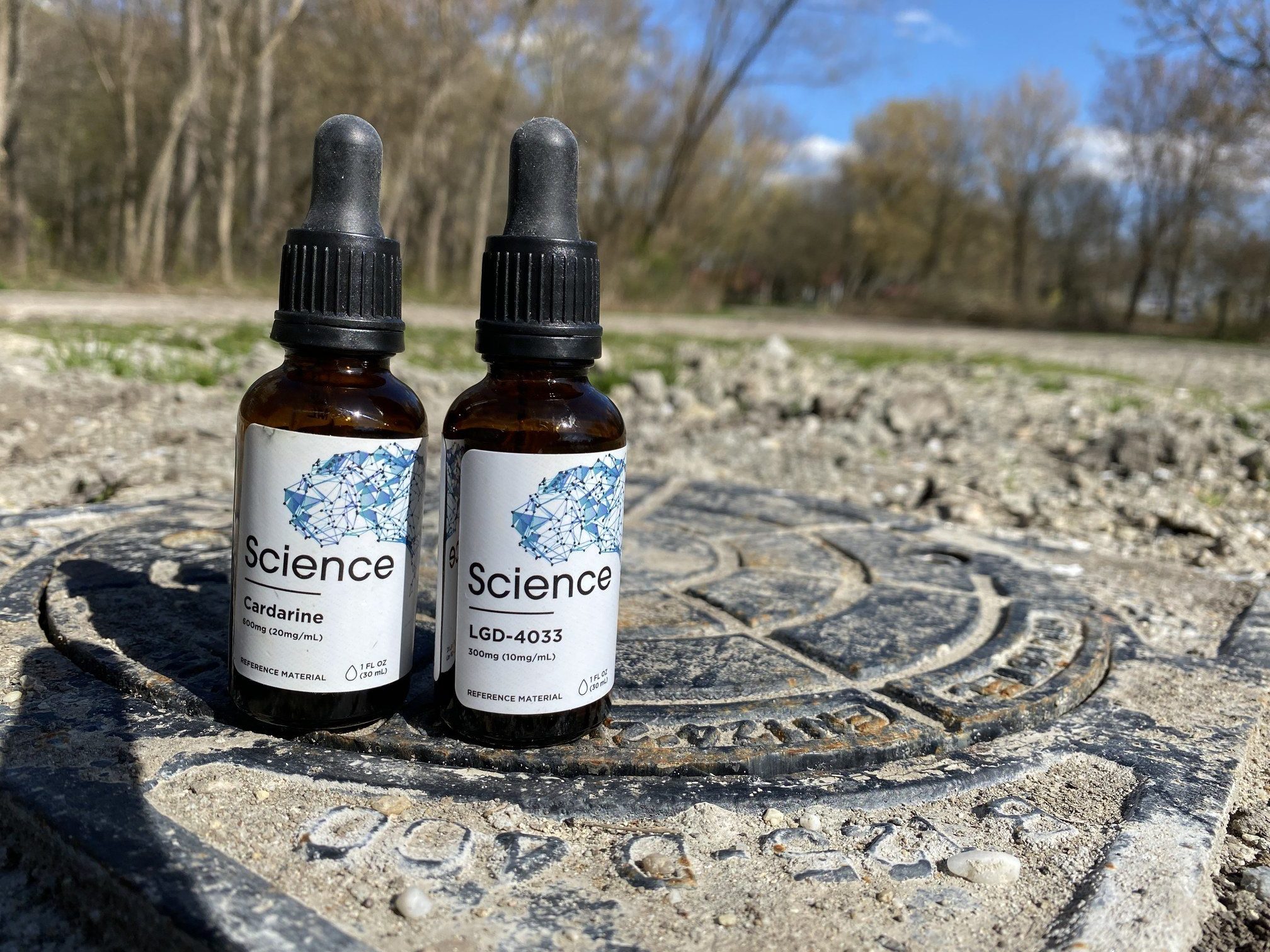 There’s just no point in me doing one of those Ligandrol before and after photos things. Would you believe me anyway?

We’ve all seen those images of people going from zero to hero in no time at all, but are they real? Can you rely on those LGD-4033 before and after photos?

Literally the advice I have for you is to do your own before and after. Just do a single cycle of Ligandrol as I’ve advised, and do before and after photos. That way you’ll know the truth and whether it’s worth continuing.

Ligandrol Side Effects & PCT Use

Ligandrol side effects are actually uncommon, as the limited human studies have shown. But no one in the bodybuilding world is reporting them, and haven’t for years, and I haven’t seen them either in my own use.

However, there is one significant downside to using this testosterone substitute, this selective androgen receptor modulator, and that’s strong testosterone suppression.

Even at doses of 1 mg in studies guys were getting suppressed testosterone, significantly, down by 30%. So if you’re taking 5 mg or 10 mg over two or three times longer than those studies, then you are going to get testosterone suppression, your natural production will start to shut down.

So make sure you have a strong SERM (selective estrogen receptor modulator) supplement to hand. This will help to stop the conversion of testosterone into estrogen and help to kickstart your testosterone production.

Clomid is stronger than Nolvadex, and I would probably start with Clomid, especially if you are feeling the symptoms of suppression towards the end of your cycle, even potentially starting it on cycle, or ending the cycle early.

Ostarine Vs Ligandrol is an interesting comparison to talk about. Both preserve lean muscle mass, and both help to strip fat. However, Ostarine is far less aggressive, being so mild you don’t even usually need a PCT supplement unless you take a very high dose (50 mg).

Also, although Ostarine is great for preserving lean muscle mass, it’s not great for building in the way that Ligandrol is. 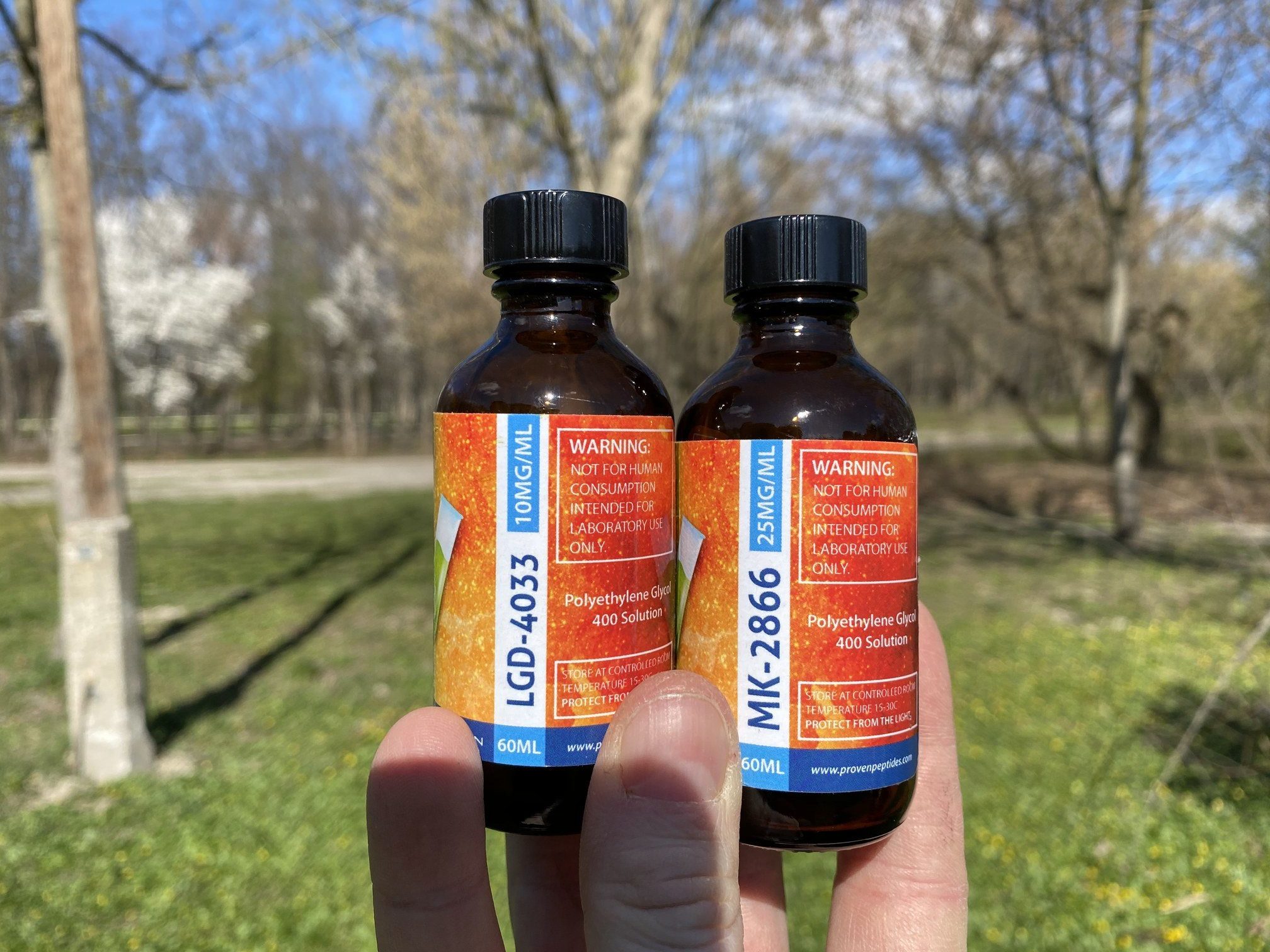 Where To Find Ligandrol For Sale

So the conclusion of my Ligandrol review is that this is a potent upgrade on Ostarine with additional muscle building potency. It’s only going to work for you if you use it as part of an aggressive gym routine, backed up by cardio work and diet. You have to push yourself and give LGD-4033 something to work with.

The other big battle you’ll face is buying Ligandrol at all. SARMs are notoriously unreliable, with some sample testing finding SARMs for sale not even containing SARMs at all!

What you need are SARMs sellers who are reputable, and who publish independent third-party lab test batch reports of each SARM that they sell. Never, ever, buy from anywhere else, especially not places like Ali Baba or eBay.

These three sellers are ones I use myself, and they definitely offer 100% pure Ligandrol for sale.

First on anyone’s list if you want a combination of great pricing and purity is Science.bio. They changed their name about a year ago. But they still sell the same high quality SARMs, as well as other supplements now.

The purity reports which are so vital to your SARMs success are available as PDF files to view on every single product page. I checked them all out and they are up to date.

My orders have always arrived on time, and the SARMs have worked fantastically. You get a moneyback guarantee and free shipping on orders over $75 (over $300 on international orders).

raw SARMs powder. That’s not the best way of taking SARMs though, you have to weigh it and it’s problematic to digest the powder. It’s much better to get the sublingual liquid bottles instead.

A 300 mg total dose dropper bottle also costs just $40. The dose works out at 10 mg/mL in the bottle, which is really convenient to use as well

The other place I often buy my SARMs from in the USA is SwissChems. They have got a long track record, and bodybuilders around the world use the SARMs they sell.

I was attracted by the reputation, and my initial order produces no side effects. Plus, you get the reassurance of all the current third-party lab tests being published on the website. I even checked out the lab and they definitely do the work for SwissChems.

But better than that amazing testing, is the fact that the SARMs they buy-in are made in the USA. Mostly, SARMs are made in China, although that’s changing because they have recently banned the production of them. So unless the US government banned SARMs completely, then USA pharmaceutical labs will pick up the slack, and SwissChems are ahead of that curve.

In terms of the Ligandrol for sale, they only sell capsules. 60 capsules costs $95.99, at a density of 5mg/capsule.

Third on my list at the end of this Ligandrol review is SARMs4You. They are another great place to find pure Ligandrol for sale.

But what’s different about these guys is the fact that they are based in the EU, rather than the USA like the other two retailers.  So they are the perfect source of SARMs if you are based in Europe. They also ship globally, but you might obviously have problems with getting your order through border control.

They only sell capsules, not raw powder or liquid. They are more expensive, but capsules are the ultimate way to take SARMs, especially if you are a beginner. You don’t have to worry about dosing at all, or dealing with powder or liquid.