Letrozole Guide: Does Letrozole For Men Work For Bodybuilding Pct?

Letrozole is a third-generation aromatase inhibitor (AI), that is used to help postmenopausal women deal with cancer. However, Letrozole use by men is also increasingly common for the purposes of bouncing back testosterone levels after a cycle of SARMs or steroids. So in this guide, we’re going to cover everything you need to know about Letrozole. We will explain what is, and what Letrozole does. We will talk about Letrozole for fertility, and Letrozole for male use as well.

All the key topics will be covered, including dosage and cycle length, benefits of using it V’s using Nolvadex or Clomid, as well as side effects and where to buy it on the grey market.

Letrozole is a third-generation treatment for cancer in women. It’s used by postmenopausal women because it has a better outcome than chemicals like Nolvadex or Clomid. Explain why in a bit more detail.

Hormonal therapy is one of the most effective treatments in dealing with breast cancer, both current, and preventative.

Anti-estrogen drugs, like Tamoxifen (Nolvadex), or clomiphene (Clomid), along with other SERMs (Selective Estrogen Receptor Modulators), have been the standard treatment.

However, SERMs are limited in effect, because although they promote anti-estrogen effects in breast tissue, which is great for breast cancer, they also encourage estrogen-like activity in other tissues.

This has led to the development of second and third-generation treatments, referred to as aromatase inhibitors, of which Letrozole is one.

Aromatase inhibitors work differently. They deprive estrogen supply by blocking the conversion of androgens (testosterone) to estrogens by utilizing an enzyme called aromatase.

So as you can see, one stops the effects of estrogen in certain tissues, while aromatase inhibitors block the conversion of testosterone into estrogen in the first place. This is an important distinction to make when considering using any of these drugs as post-cycle therapy for depleted testosterone levels after a SARMs or steroid cycle.

What Does Letrozole Do?

As you now know, Letrozole works as an aromatase inhibitor, which is specifically positive for postmenopausal women with cancer, and it works by blocking the conversion of testosterone into estrogen.

More and more women also using Letrozole for fertility boosts as well. Either off-label or prescribed for women who are struggling to conceive. Letrozole helps to increase ovulation and can work in just a few weeks.

Letrozole, as an aromatase inhibitor, has the following benefits:

SERMs like Nolvadex and Clomid work by targeting estrogen receptors around the body, some better than others, and some not at all. 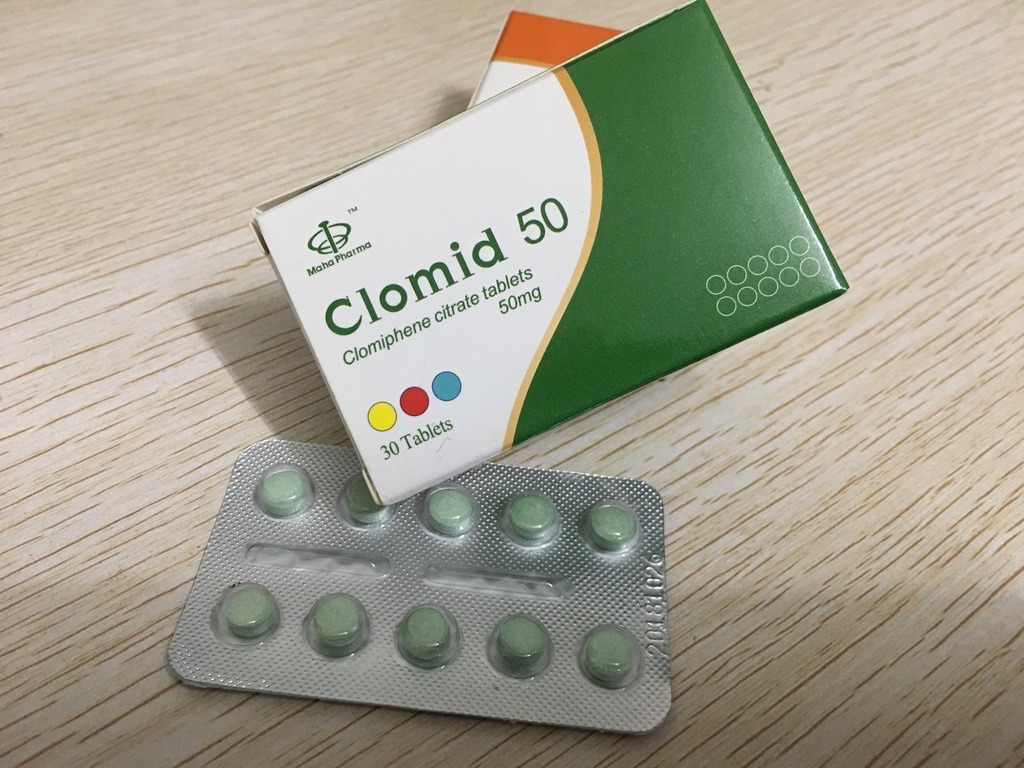 Benefits Of Letrozole For Men

For me, Letrozole, Clomid, and Nolvadex are a case of comparing apples and oranges. Although roughly the same thing, that has different effects, durations, and outcomes.

If you’re concerned about gyno specifically, then Letrozole will work best. It’s nuclear fuel for steroid users who are suffering from gyno, and it can actually reverse the symptoms.

SERMs are also a great choice for bouncing testosterone levels back. Clomid or Nolvadex will bounce your levels back by around 60% from baseline in as little as a month. For general bounce back, these are better than Letrozole.

As a bodybuilder, Letrozole can be attractive because not only does it block this conversion and therefore reduce estrogen levels while allowing the testosterone to rise, but it can also prevent water retention which will lead to a harder, drier look to your muscle tissue.

Overall, I had a great experience using Letrozole for PCT, and online, there’s a lot of positive talk about results using it as well.

There is a bit of a contradiction that confuses people, in that aromatase inhibitors generally stop conversion, while SERMs are better at targeting estrogen receptors in certain tissues, especially the breast. And yet, amongst bodybuilders, Letrozole is seen as best for gyno, when you would think the opposite was true and that Nolvadex/Clomid would be.

I think what this is mostly about is that it’s so potent at higher doses, that the general effects are so strong they shut down that gyno progress, and can even reverse it. On the other hand, Nolvadex and Clomid can be potent, but they don’t kick in so aggressively and maintain at the start, giving time for the gyno to progress.

How To Get Letrozole Bodybuilding Benefits

So if you’re worried about gyno then you should be using the potency of Letrozole to shut it right down as quickly as possible.

For more general testosterone bounce back, when you don’t have concerns or early signs of gyno, then Nolvadex is probably best because it doesn’t have the side effects that Clomid does.

One important point I want to make here is that you won’t need PCT if you aren’t using androgenic SARMs. Cardarine, Ostarine (incredibly mild androgenic SARM), Ibutamoren, YK-11, and Stenabolic, are all non-androgenic SARMs that won’t require the use of a PCT supplement at all.

Letrozole is potent even at low doses, so you are not going to need much unless your testosterone levels are very depleted. Usually, you will be taking doses equivalent to the higher level doses used for the main treatment purposes of the SERM or AI you have selected. The usual daily dose for breast cancer treatment is 2.5 mg per day. So I would see that as your absolute ceiling this potent aromatase inhibitor.

If you want to start early, during the last week or so of your cycle, I would not go higher than 0.5 mg, and even then possibly only every other day.

Off-cycle, around 1.5 mg per day should be enough for recovery from most androgenic SARMs stacks at normal dose levels.

If you feel the warning signs of heavy testosterone depletion or early signs of gyno, then I would start at 2.5 mg per day, and then reduce them down as your symptoms fade. Ideally, you’ll want to be at around 1 mg per day after two or three weeks.

Usually, you’ll bounce your testosterone levels back within about a month, or sometimes long as six weeks if you are slow to respond or have a heavy reduction in supply.

For me, post cycle therapy isn’t just about taking substances to reverse the damage though. It’s about recovery. I would see (and this is why do) your minimum PCT duration is eight weeks, and aim to take Nolvadex, Clomid, or Letrozole as little of that as possible, but planning for at least four weeks.

Letrozole is a potent aromatase inhibitor, and it does come with some side effects.

Fatigue is one common side effect. Especially if you’re working out hard, and your testosterone levels are very depleted, this could be excessive. If you know they are depleted, and you know this PCT supplement will make you feel fatigued, then ease off on your workouts.

On top of that, you can also suffer more minor side effects such as diarrhea or constipation, muscle aches, and chest pain. Not heart-attack pain though, stress pains from the changes in hormonal balance.

Having said that though, as long as your doses aren’t excessive, your testosterone drops not too significantly, then you shouldn’t really feel the side effects much at all.

The other thing I will just mention is that Letrozole, in common with all aromatase inhibitors, can affect cholesterol levels. 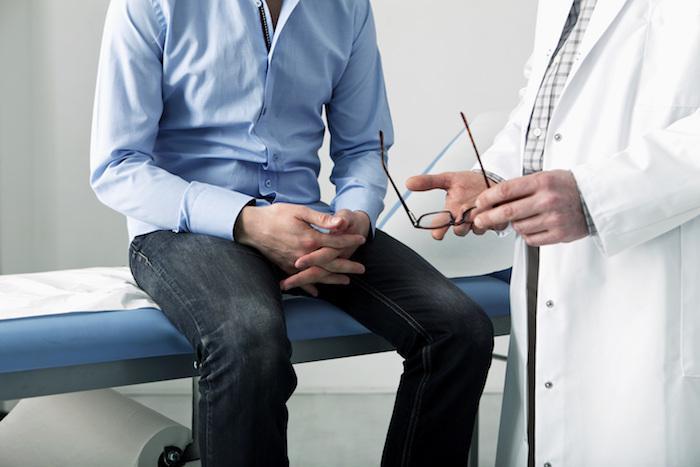 Buying Letrozole To Use As A PCT Supplement

Letrozole can be bought on the grey market, in the same way as SARMs and generic Nolvadex/Clomid.

The problem is always the same though. You need to find an online retailer that sells these chemicals with purity guarantees.

You’re looking for independent third-party batch lab testing reports. These will tell you the purity, and the strength of what you are buying.

Swiss Chems have these purity guarantees and offer good value. You can buy SARMs, peptides, and PCT supplements from them, meaning you can get everything you need at the same time in one order.

Letrozole from Swiss Chems is available in 1 mg capsules. 60 capsules will cost you $77.95. 1 mg is a perfect medium-range dose, and at the start, to capsules will allow you that high dose level you may need with significant testosterone depletion.