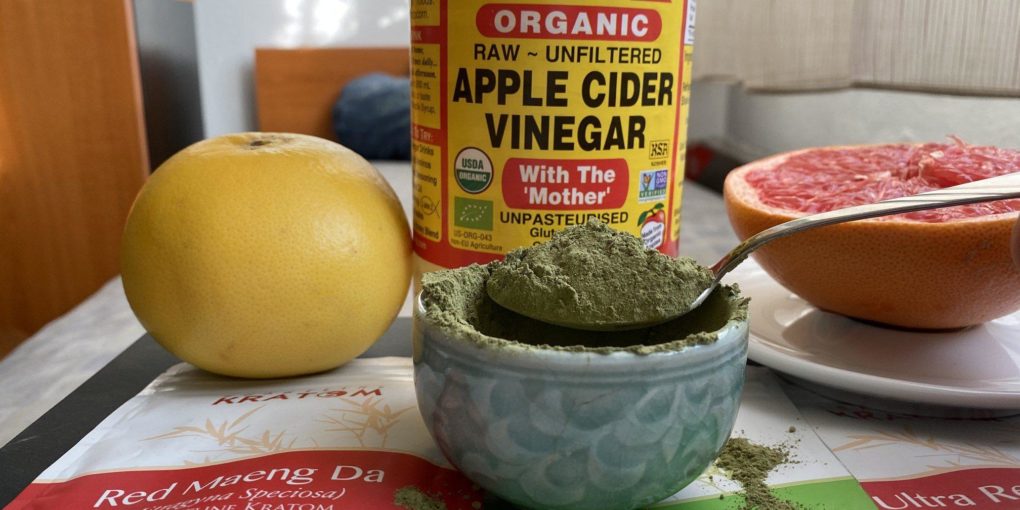 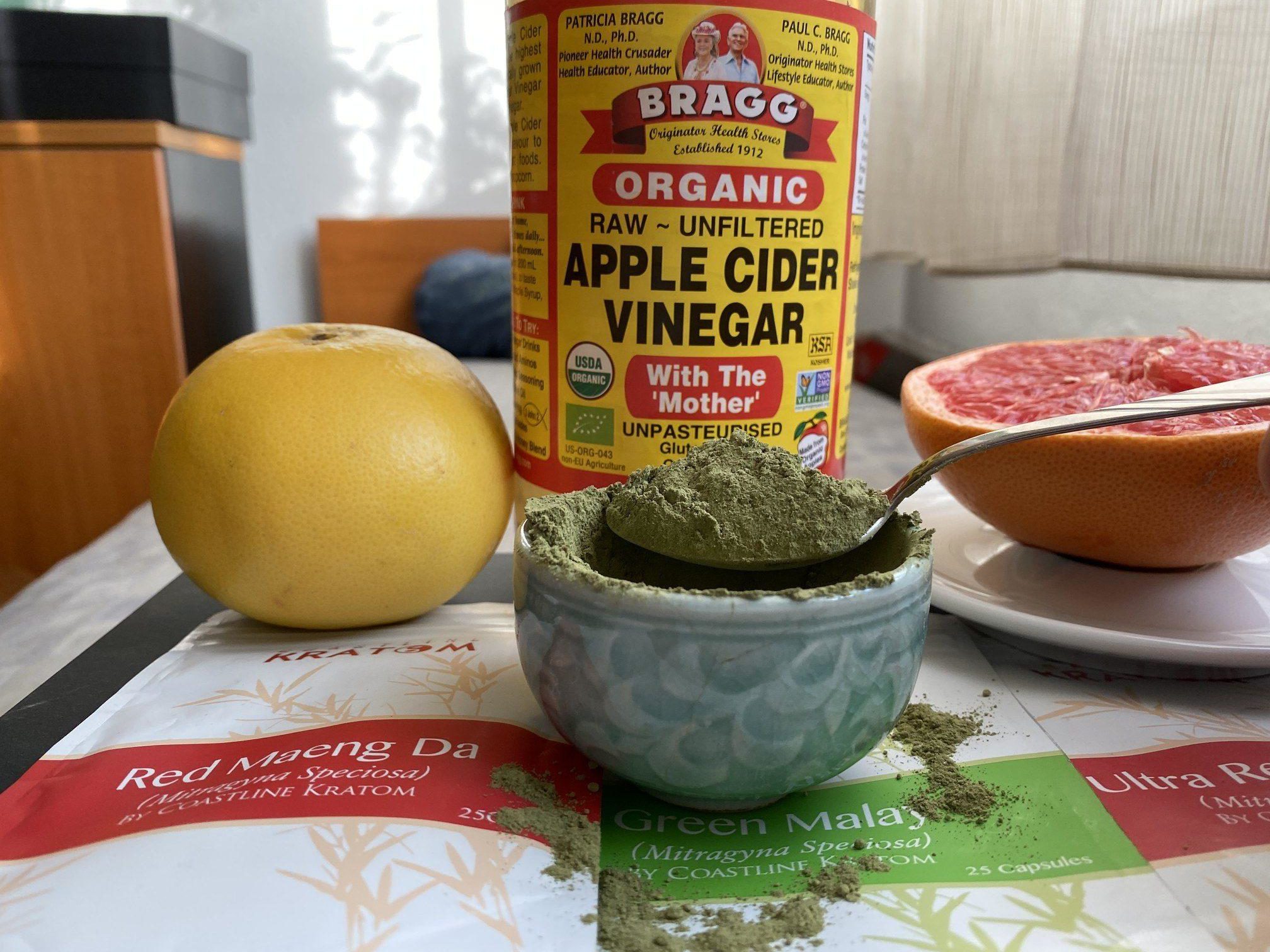 If you buy 100% pure kratom then you will be able to get all the fantastic benefits of it at a pretty moderate dose. However, if you want to take even less, or you’d like an even bigger hit, or make the effects last longer, then you can use kratom potentiators to help achieve those things.

Learning how to make kratom stronger is a pretty simple thing, as long as you know what substances work with kratom to make it stronger.

So let’s take a look in detail at the top 10 kratom potentiators, so you can learn how to make the kratom stronger and potentially more palatable.

What Is A Kratom Potentiator?

A potentiator is something that enhances the effects of something else. That’s why some medications should never be taken with others because it can create a chain reaction, or make them more potent.

But there are a lot of old wives tales out there, and there aren’t that many substances out there which genuinely potentiate kratom. However, once you’ve found one that works for you, it’s actually possible to combine them to make the potentiation of kratom even more potent.

Before I talk about the top 10 kratom potentiators though, I want to give you one simple trick that a lot of people forget about.

Kratom is best consumed on an empty stomach. That’s because it gets absorbed more quickly, more completely, and all in one go. So you will get a faster and purer kratom experience.

One of the most easy-to-use kratom potentiators is grapefruit juice. A lot of people take kratom with juice anyway, because it’s thicker than water and helps to disguise the powdery nature of kratom (kratom is difficult to absorb in water).

The reason kratom is potentiated by grapefruit is apparently that grapefruit slows down the metabolization process of many different substances, and it appears kratom is one of them. If you’re looking for an easy way to take kratom more easily, and an easy way to make kratom stronger, then grapefruit juice should be one of your first experiments.

Now this one does sound a bit nuts, doesn’t it? Watercress is apparently a good kratom potentiator. However, I’m not 100% convinced by that, because I didn’t have great results with it, and I notice online other people haven’t as well.

I don’t think it’s an urban myth though, not one of those home remedy stories that doesn’t work. It’s based around the fact that watercress is actually packed with more nutrients than you would think, and some of those nutrients could help to ease the digestion of kratom, meaning it’s more efficiently absorbed. 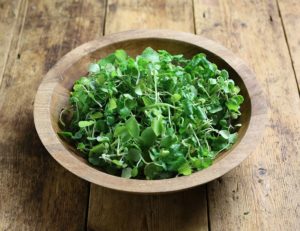 Now I’m giving you chamomile tea as the main example here, but kratom mixed with other herbal teas also seems to work just as well.  Chamomile tea helps with consuming and digesting kratom and is alleged to prolong its effects.

However, one thing I want to point out here is that chamomile is a relaxant. So you don’t want to be taking this to potentiate white kratom, which is taken for boosts in physical and mental energy. You’ll be wanting to drink chamomile tea that contains green or red kratom, for me preferably red.

Although found in far smaller quantities, cats claw contains several alkaloids that have a lot in common with kratom. When combined, cats claw can enhance the effects because of the additional alkaloids, and how they combine with those in kratom.

Be careful when using akuamma seeds as a kratom potentiator. The seeds actually have a potent effect on their own and are structurally very similar to the main kratom alkaloid mitragynine.

So when you combine the two powders you are giving yourself a supercharged dose of kratom, and the other alkaloids in both seem to combine to create an even more potent combination. This is one way to learn how to make kratom stronger that I would reserve for when you are experienced with trying both on their own.

Turmeric is one of the most widely used kratom potentiators. It has the ability to aid its absorption, and prolong its effects. Some people also mix turmeric with powdered kratom because it can help to preserve it.

You’ll be wanting to mix the two together, and then blend them with fruit juice, milkshake, or even maybe oil them to make a tea. I prefer the fruit juice or milkshake method because it will taste better and not be powdery. 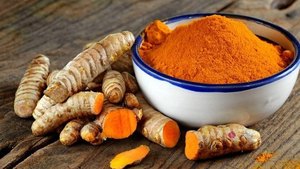 Cayenne pepper is another innocuous substance that can actually have a huge effect on the power of the dose of kratom. In fact, cayenne pepper on its own can get you high. Some of the chemicals in it can give you a brain buzz at higher doses.

On top of that, cayenne pepper is a known kratom potentiator, so it will make the effects more pronounced and longer in duration. So when you experiment with the two, it’s best to start with smaller doses to see how you react.

Magnesium can lower the body’s tolerance levels to certain substances, and also enhances the effects of kratom. It’s easy to use because you can buy it ready mixed. However, magnesium can have adverse side effects on the body. At larger doses, it can induce nausea, diarrhea, and affect the kidneys.

Caffeine is another simple kratom potentiator that you could consider. Some people simply mix kratom with coffee to ease drinking it and potentiate it at the same time.

Other people use caffeine pills so that they get the effects of kratom enhancement without having to drink loads of coffee. Just be careful, especially if taking it with white kratom, or a large dose, because the two combined can increase blood pressure and heart rate significantly. 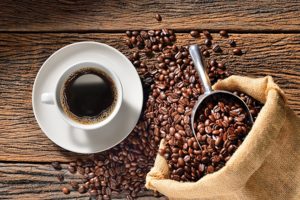 Lemon juice is a very safe way to make kratom stronger. You can make lemon tea by boiling up lemon juice, water, and kratom.

It works on a similar theory to that of grapefruit, and I think it’s more to do with the acidic profile of all of those similar types of fruit, which makes them good as a way to make kratom stronger.