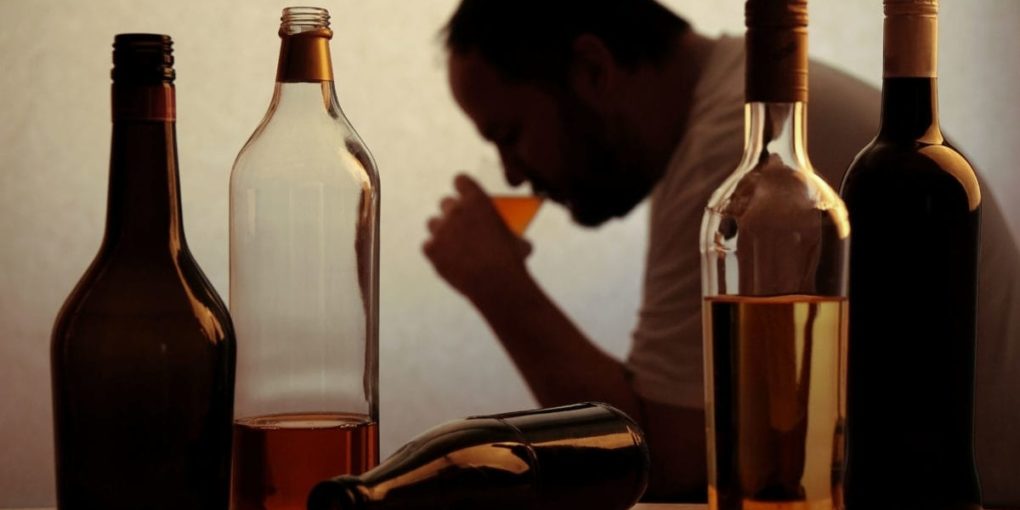 How To Use Kratom For Alcohol Withdrawal & Help Quit More Easily

Although it’s not a magic bullet, a lot of people are finding that using kratom for alcohol withdrawal symptoms is really helping them to quit more easily.

I’ve been one of those people, and in this quick guide, I want to tell you about how you can safely use kratom for alcoholism and depression. I’ll cover how to do it the right way, why kratom can help, and how it can help you cope with all the symptoms, including anxiety, depression, and cravings.

I’ll tell you what dose of kratom to take, and how you should take it. Kratom tastes disgusting, so I want to make sure you have some strategies to take it more easily.

It’s not an easy road, but it can be done. You can’t rely on one thing to get you through it, and I’ll also tell you a simple strategy to help you to feel more stable more quickly. I’ll also tell you the exact place where I found 100% pure kratom that helped me.

The Strategy For Safely Quitting Alcohol

So look, you can’t just stop suddenly if you are drinking to get drunk every single day. That could kill you. At the very least, it could cause severe side effects that make you dive straight back into drinking again.

The reason for this concern is that alcohol replaces the job of several key neurotransmitters. So the body stops making them in such high quantities because it doesn’t need to. If you suddenly quit alcohol, then the body has a deficiency which it struggles to sort out, which can lead to all sorts of horrendous side effects.

Even if you are not drinking every single day, but you are drinking more days of the week not, your body will still have built up a significant dependency on alcohol that will cause a lot of the same problems.

So the strategy for safely dealing with alcohol withdrawal and quitting alcohol is to taper down on alcohol. That’s not easy, but using kratom for quitting alcohol alongside it, the process can be made a lot more palatable.

Only you will know how to taper down, and you are probably best to get some proper advice on doing so. However, kratom can really help, as long as you don’t replace one addiction with another. As soon as you start to feel the cravings for alcohol diminish, and you are tapering down successfully, then it’s time to taper down on kratom as well.

Why Kratom Helps For Alcoholism And Depression

Kratom has some key characteristics which are really relevant for helping to deal with alcoholism generally.

This is because kratom is a partial agonist of the mu-opioid receptors in the body. These receptors deal with several key things, including most importantly, pain modulation, reward, and addictive behaviors.

So by stimulating those receptors, physical pain can be minimized, the reward and addictive behavior satisfaction can produce happiness and a positive state of mind.

On top of that, kratom also contains other chemicals that can produce bursts of physical energy and sharpened mental cognition. This is because kratom is a stimulant, and the tree is actually a member of the coffee family.

So put together, kratom can definitely help with anxiety, depression, cravings, and the negative physical and mental side effects associated with alcoholism. 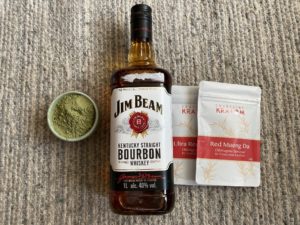 How To Use Kratom For Alcohol Anxiety

So let’s talk specifically about one major trait of alcohol withdrawal symptoms, anxiety.

As alcohol leaves the body, the neurotransmitters can’t cope because there are so few of them, which can create and anxiety, where the body is out of balance. You have two options at that point, to ride it out, or drink again.

However, kratom helps to ease anxiety because of how it interacts in the body. But you have to be careful because anxiety can be made worse by certain substances.

Remember I said a moment ago, kratom is a stimulant at lower doses. Well, imagine drinking three or four very strong cups of coffee while you are in the middle of an alcohol-driven anxiety event. That would not be a good thing to do.

However, that’s not the whole story with kratom. And at higher doses isn’t a stimulant, and it begins to kick in with increasing sedation and analgesia that overwhelms the stimulation. This is especially the case with red kratom, which has a higher proportion of the alkaloids which induce these states.

So what I found was that if I took a good dose of a 100% pure red kratom, something like Red Thai, Red Borneo, or Red Horned kratom, it would start to take the edge off the anxiety within about 15 minutes, and within about 30 minutes I was back to baseline and not craving the alcohol.

How To use Kratom For Alcohol Related Depression

Now on the other side of that coin is alcoholism related depression. It’s possible to use kratom for alcoholism and depression generally, you have to be careful about using it for anxiety and depressive symptoms.

The reason for that is with alcohol anxiety, you are looking to calm yourself down, to take that nervousness away. Which is why a mid-range dose of red kratom can really help, because it’s high enough dose to calm you down, and red kratom is better at doing that.

However, depression is where you have no energy, mentally or physically. So for that, you’re looking at a lower dose of kratom, where the stimulating nature of it is predominant.

I still wouldn’t go near white kratom very often, because it can be very stimulating and that might not be healthy when your body is trying to deal with everything around alcoholism. However, a moderate dose of red kratom, or maybe even better, a green kratom like Green Malay, or Green Borneo can lift your mood. On top of that, it will give you a boost in physical and cognitive energy. 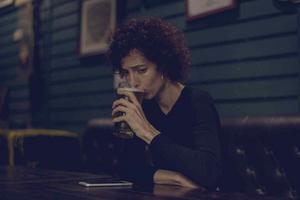 Kratom Dosage & How To Take Kratom For Alcohol Withdrawal

There are several ways that you can take kratom, all of which are pretty easy:

Kratom tastes disgusting, so just putting the powder in your mouth and drinking it with water can be horrendous. Some people get bad nausea as well. Although slightly more palatable, I found the traditional method of boiling up into a tea also quite unpalatable.

For me, the strategies that worked were to mix it with fruit juice or milkshake. If I didn’t have the time or resources to do that, I would use kratom capsules, which you can buy ready-made.

In terms of dosage, everyone is different so it’s going to be difficult to tell you what you need to take. However, here is a rough idea of what I was doing:

Just make sure that you don’t replace one poison with another. Although kratom is tolerable, and not highly addictive, you can find yourself getting tolerant and dependent emotionally if you take large doses very regularly.

In the beginning, you might find yourself taking stronger doses most days, but within a couple of weeks you need to be tapering down by a couple of grams, and to be having more days free of kratom use per week than using it. 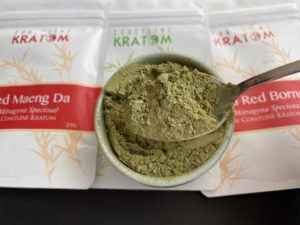 Where I Found My Lifeline

When I decided to try using kratom for alcohol withdrawal symptoms, one of the hardest problems I actually had was getting my hands on pure kratom in loose powder and capsule form.

Coastline Kratom was my savior. Although they don’t sell the most comprehensive range of kratom powder or capsules, it’s the purest you will find.

I bought white, red, and green kratom from them. White Borneo, Red Thai, and Green Malay. I also bought those three in capsule form as well.

Although kratom capsules are far more expensive than loose powder, they are incredibly convenient. I wanted a strategy where if I was really struggling during the day when I was at work, for example, I could help myself out.

So if I was really flagging with energy, I’d just take 2-6 capsules with water, usually white Borneo for a strong energy boost, sometimes if I had other pain, a dose of Green Malay which would give me an energy kick, but still have pain relief.

But generally out of work, moderate to strong doses of red kratom was what I used. I was taking a lot in the beginning, up to 10 g most days, but I was tapering down within a couple of weeks until I was taking around half of that.

It’s a long journey, don’t get me wrong, and kratom is not the answer 100%. You can’t replace alcohol addiction with kratom addiction, you have to carefully manage to taper of both. But for help with the anxiety, depression, and general trauma of giving up alcohol, kratom really helped.