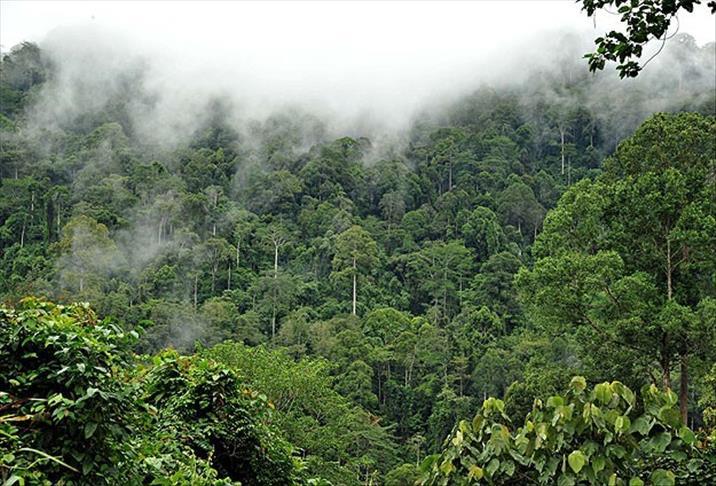 In this Green Malay kratom review, you’re going to learn everything you need to know about this fantastic strain of kratom in less than five minutes.

We will explain the sort of Green Malay kratom effects you can expect, and how those effects change depending on the dose you take, including whether Green Malay euphoria is possible at high dose.

We will also talk about the correct dosage range the Green Malay, tell you what super Green Malay kratom is, and where you can buy 100% pure Green Malay at a great price.

What Is Green Malay Kratom?

Red kratom contains a higher profile of alkaloids which makes you feel calm (at high doses leading to sedation), with an initial rush of euphoria, and strong pain relief.

White kratom is the opposite of red. The alkaloid profile means that at a high dose you will feel a rush of energy, and feel very alert and awake, with some pain relief, but very little calmness. It can be jittery, and not suitable for people suffering from anxiety.

At low doses, all kratom is a stimulant, because it contains other chemicals that kick in before the full alkaloid profile does at higher doses. So a lower dose of any type of kratom will bring on stimulating effects.

Green Malay kratom is one of the rich and uplifting strains of green kratom. Green kratom tends to be milder than white or red, with more balanced effects. It has some pain relief and calmness built-in, and also cognitive and physical benefits without any of this being overwhelming.

So Green Malay kratom is a fantastic choice if you want to remain alert, have physical energy, but also feel the full spectrum of kratom effects of feeling calm and experiencing pain relief, but without any one of those traits being overwhelming.

You’ll also feel uplifted. As the dose increases, you’ll feel positive, happy, a better version of yourself, without it being overwhelming or distracting.

And at a high dose, you’ll feel a rush followed by a slow drop into a deep calm, focus, and with some pain relief as well.

But how you feel using green kratom will depend on the dose. So let’s talk you through the Green Malay kratom dosage range now.

The caveat is that kratom is a spectrum drug and quality varies. On top of that, each individual person will be affected in a slightly different way. One person could take 5 g of Green Malay and feel virtually nothing, while somebody else could feel incredibly energized and euphoric.

But generally, we can split Green Malay kratom dosage into the following ranges:

What Is Super Green Malay Kratom?

So as you can see, on the ladder of potency, Super Green Malay kratom is only second and generally is not actually clear what defines super kratom.

Some people suggest it’s batched that are more potent, and it’s just labeled as super to define that.

Other people claim that it because the largest leaves from the highest branches of the kratom tree are selected to make super kratom because they allegedly contain a higher concentration of alkaloids due to being more exposed to the sun and having grown for longer. 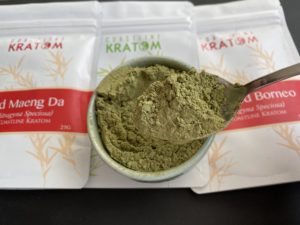 Can You Get Green Malay Euphoria?

You can definitely experience Green Malay euphoria as long as you take an overwhelming dose.

At higher doses, up to around 10 g, you will definitely get a rush of positivity and happiness and then move into a deep calm and happiness with a lot of pain relief as well. Not in the overwhelming way that red kratom delivers it though.

But usually, at around 10 g and above of pure Green Malay, you can experience Green Malay euphoria. This is a significant rush of positive energy, both mentally and physically, blissful happiness can actually feel quite out-of-control, although you’ll feel really calm while it’s happening.

Some people have likened Green Malay euphoria to taking MDMA (ecstasy), because of the rush of happiness and positivity it delivers for several hours, but for others, it’s nowhere near that level. 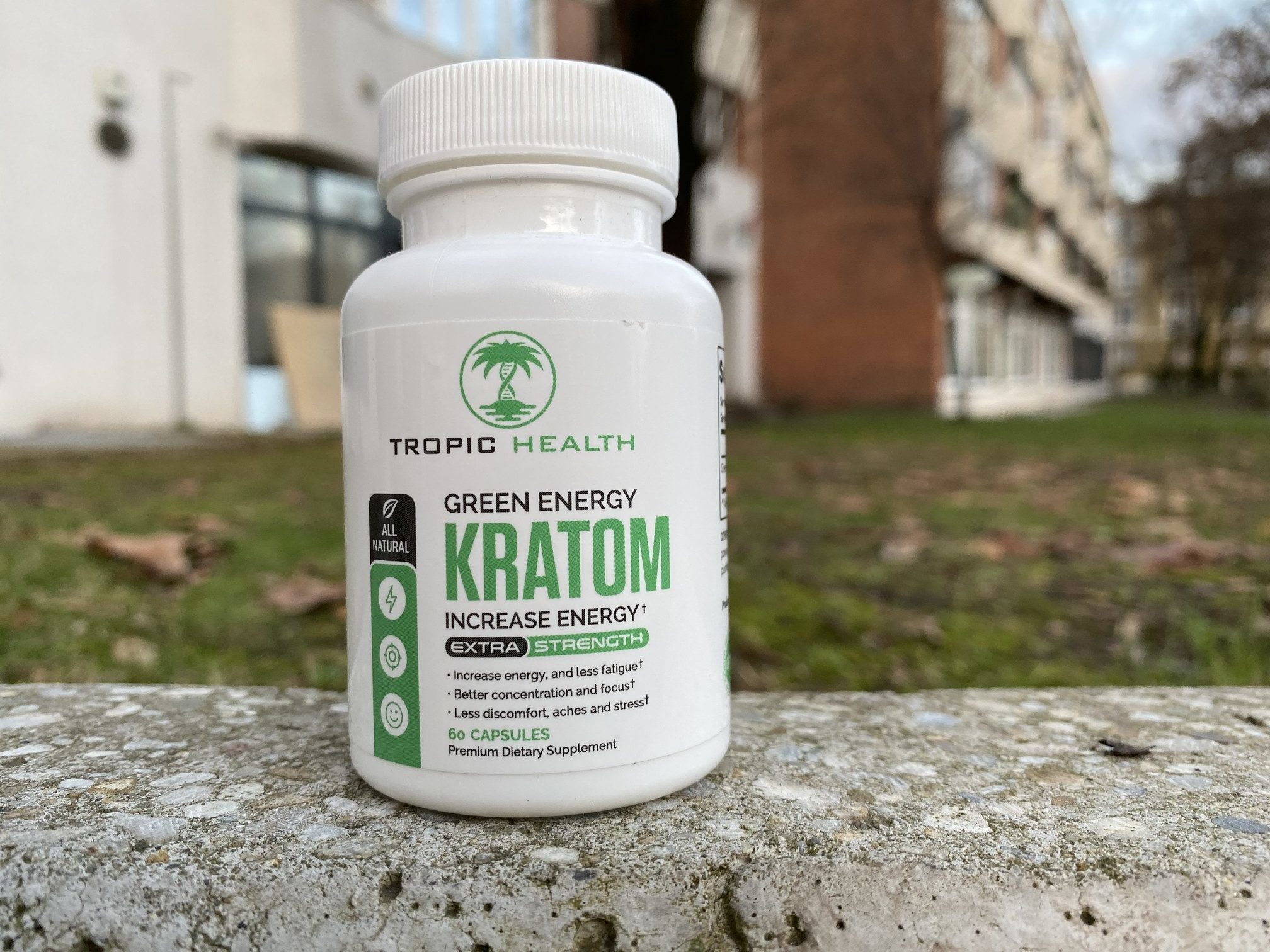 Where To Buy Green Malay That Delivers Amazing Effects

So I hope this brief Green Malay kratom review has been helpful to you. Let’s finish by telling you where to buy Green Malay that is pure, so you can experience the full effects of Green Malay at a low dose.

The three recommended places to buy pure Green Malay from are:

The top of my list of recommended kratom vendors has to be the Evergreen Tree. I’ve used these guys for quite a few months now with no problems at all.

The thing with kratom is that there is not a shortage of places to buy it, despite what you might be told. There are literally dozens and dozens of USA-based kratom sellers, but very few that genuinely sell good quality kratom at reasonable prices.

This is what I love about the Evergreen tree:

Just to highlight one of those points. I want to tell you about the alkaloid strength brackets. There are three, low, medium, and high. The percentage range value is displayed in a drop-down box.

So, you just order the right amount of powder or capsules, within the strength brackets you want, and you check out. Prices increase for the higher alkaloid doses, but it allows you to more closely control what you are taking, and to understand what you are buying.

One of the most reliable kratom sellers over the years, I still use them alongside the other recommendations here. They have the widest range of variety packs on the market. It makes them perfect for beginners, and alongside the purity, it’s why I recommend beginners check them out.

They have beginner variety packs to 7 different groups of kratom. This includes extracts and enhanced kratom. Plus, they even do a variety of capsule packs as well. So whether it’s loose powder or capsules want to experiment with, then these guys can supply them at a reasonable cost.

These guys are more well known as supplement sellers. SARMs, peptides, PCT supplements, basically grey market bodybuilding supplements. But they have recently branched out into nootropics and kratom.

Swiss Chems only sell two types of kratom. It’s generic blended kratom. One is a green blend, and one is a red blend. However, the quality is exceptional, and I can tell you from experience that you’ll get one hell of a hit using it.

So, for a reasonable price, you are getting a great blend of generic green or red kratom, with all the effects and benefits that brings. No weighing powder, no worrying about strains, just a great entry point for getting into the benefits of kratom.