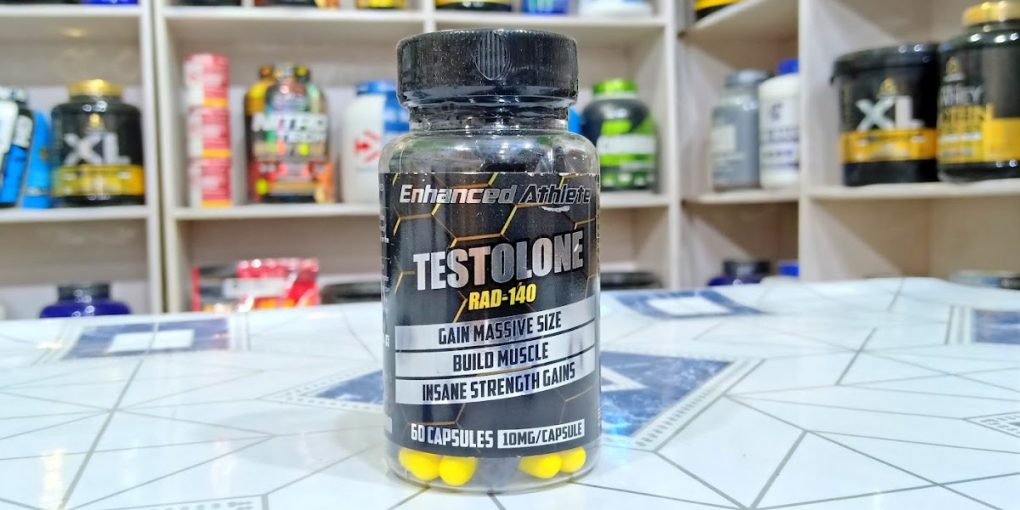 Enhanced Athlete used to be a big name in SARMs. They still sell supplements, and in some countries, they do still sell SARMs. But after a hell of a lot of bad publicity, which we will talk through in a moment, can they be trusted? In this Enhanced Athlete SARMs review, you’re going to learn the truth.

The Enhanced Athlete story, and the people behind it, was built up to produce a supplements powerhouse, based around the persona of “Dr Tony Huge”, and some aggressive online viral marketing.

But that empire has come crashing down due to a couple of serious court cases around dangerous supplements being sold. So can you trust them, or should you be steering well clear of Enhanced Athlete SARMs?

Who Are Enhanced Athlete?

Enhanced Athlete started by marketing and selling natural bodybuilding supplements. They claimed that the supplements were completely safe and could replace anabolic steroids due to their potency.

They then started selling SARMs as well. Through massive marketing campaigns, and being fronted by Charles Anthony Hughes, AKA “Dr Tony Huge”, who had 100,000 YouTube followers. Through claims of stunning results and strong visuals, they quickly became market leaders, setting up websites and Enhanced Athlete brands in various countries around the world.

This all went down the pan though very quickly when legal problems began. The FDA and other federal agencies raided the California premises of Enhanced Athlete, seizing SARMs and other supplements prepared for sale, and imported raw SARMs yet to be converted into pills and liquid.

This was the high-profile raid, but the process actually started a year earlier in 2017 when the Enhanced Athletes manufacturing unit in the UK was raided and several kilograms of a powder called DNP were seized.

It turned out that DNP was being sold on a website surreptitiously owned by Enhanced Athlete. But it was being marketed as an industrial fertilizer website, a purpose for which it DNP can legitimately be sold and used.

But off-site, through videos and marketing, they were pushing bodybuilders to that fertilizer site, even teenagers, to buy DNP because of its bodybuilding potential in humans.

To be clear, DNP is massively unsuitable for human use and potentially fatal. This led to a court case in the UK, where the company was prosecuted.

Another case took place in the USA, and the company was sued for malpractice and mis-selling of supplements as well.

So Enhanced Athlete on the surface looks like a company built on the hype that sold unsafe supplements and came crashing down to earth when the law caught up with them. But you can still find Enhanced Athlete SARMs for sale.

They still sell them through USA online store, and the UK one (although it’s shipped into the UK illegally), and also an Indian SARMs store. They sell all the main SARMs in pill form. They also sell loads of other herbal supplements, all claiming to build massive bulk, and cut fat in a way that even anabolic steroids can’t manage to.

So it’s still perfectly possible to find Enhanced Athlete SARMs for sale online, and they do appear to be legit in terms of the feedback you read on forums and Reddit. Ostarine, RAD-140, the gangs all there for sale on the various websites.

Can Enhanced Athlete SARMs Be Trusted?

But look, could any serious Enhanced Athlete SARMs review conclude that these guys are to be trusted?

I’ll be honest, I tried the Enhanced Athlete SARMs just after they came out, and I was dubious at the time. The quality didn’t feel as good as the high-quality SARMs I’d previously been using. So personally, they can’t be trusted.

They sold industrial fertilizer to kids to try and make money, even though they knew it could be fatally poisonous.

So what the hell is in the SARMs they are selling? Can you really trust Enhanced Athlete? For me, the answer unless you’re absolutely nuts has to be there is no way they can be trusted.

Add to that the fact that CEO Scott Cavell is a serious crime. He was arrested in 2009 for a multi-million dollar wire fraud scheme. He then went on the run and was eventually arrested in Ireland in 2012 on drug charges. He was extradited to the USA and imprisoned. On his release, he set up Enhanced Athlete, sold dangerous substances to people, and in 2019 was again jailed for three years.

Does any of that sound like a company you’d want to buy supplements from that you have to put into your body?

So no, Enhanced Athlete SARMs aren’t gone. You can still buy them on various websites. But those websites aren’t high-quality. In fact, the main Enhanced Athlete website has generic text at the top of it showing it’s a standard WordPress site that has never been even finished properly. If you can’t manage to get your main company website sorted out, what are the chances of you producing safe SARMs for consumption?

The Facebook page looks dodgy, full of what look like fake and dubious reviews, and the whole thing just screams “scam”. The natural supplements are big-money and poor quality, and the SARMs are likely to be the same.

Look, if you’re looking into buying Enhanced Athlete SARMs, hopefully from just a few words here you have now realized that these guys are not to be trusted.

If you’re going to buy SARMs, it’s better to buy them from a quality, trusted companies that sell SARMs legitimately, aren’t under investigation, and who independently batch test the SARMs they sell to verify the purity.

These companies all batch-test the purity, and publish independent lab reports on their websites:

Both are based in the US. That gives you two options for buying SARMs that are pure, and not sold by a company who have the lack of morals to sell industrial fertilizer to teenagers, telling them it will turn them into supermen