Lots of people have been asking what happened to a seriously potent supplement called Dark Energy pre-workout. In this review, I’m going to tell you everything you need to know.

You’ll want to know exactly what Dark Energy is, and what these pre-workout ingredients actually are that make it so potent (and talked about). But I’ll also cover the benefits it brings to you, and my own experiences with using it as a pre-workout supplement.

Plus, I’ll talk you through the current legal status of Dark Energy, and conclude this review by giving you an alternative that a lot of people are now switching to.

What Is Dark Energy?

The proper place to start a proper Dark Energy pre-workout review is to tell you a little bit about exactly what it is, and what it isn’t.

It’s known for being pretty damn potent, and also containing a banned substance. I’ll go through the full ingredients in a moment, but it basically contains a stimulant which is banned in the USA completely, and by sporting bodies around the world.

But put together, Dark Energy has had a great following because of its ability to deliver a smooth rush of physical energy and emotional positivity that can significantly elevate your ability to have a productive and aggressive workout session.

So what exactly is it that makes Magnitude Life Sciences Dark Energy so potent and highly regarded, considering it’s only been around since 2016?

Well, I’ll explain that to you, but we have to go through the ingredients so you can see exactly why it’s so damn potent.

This is the active ingredient list for Dark Energy is:

Now, right at the top here let’s talk about the fact it contains both DMAA and DMHA, which is unusual in a supplement, and go through the key ingredients in turn.

1. DMAA is a powerful stimulant it’s been banned by the FDA. 60 mg is a potent dose. It was first synthesized and used as a nasal decongestant, way back in the 1940s. In 1983, due to increasing amounts of abuse, it was removed from legal sale. It has strong mood-enhancing effects and is structurally very similar to amphetamines.

2. Second on the list of Dark Energy pre-workout ingredients for potency is DMHA. It’s a derivative of DMAA, sharing about 80% of its structure. It, therefore, has similar stimulant effects. It’s not overpowering and is usually very smooth. It’s unusual for both DMAA and DMHA to be in a single supplement because it can be overwhelming.

3. GABA actually tones things down. It smooths things out and stops the jitteriness. It makes you feel calm and focused, and is in there to combat the potent stimulant is it’s teamed up with. That’s why Dark Energy was able to pack both DMAA and DMHA into itself.

4. DMAE is a cognitive enhancer and excellent choline source. Basically, a nootropic that sharpens your focus mentally. Absolutely brilliant for mental focus, it will sharpen you up for a couple of hours in a smooth way that you won’t even notice.

5. We all know what caffeine is. But dosed at 400 mg, that’s the equivalent of two very strong double espressos. Now you know what that feels like, and it can be like rocket fuel. However, it’s usually really jittery and anxious making, but the GABA smooths it all out. So that Dark Energy pre-workout caffeine boost isn’t going to put you on edge.

6. Beta-Alanine is a chemical that is renowned for having the ability to decrease levels of fatigue during intense workouts. It’s an amino acid, and in the body, it improves performance levels, power output, and it’s the thing that gives you the feeling of “the tingles”.

7. Finally on the list of active ingredients in Dark Energy is taurine. It’s known for increasing energy output, and focus, and delaying fatigue. That’s why you’ll find tons of it along with caffeine in energy drinks like Red Bull.

How does all that good-sounding stuff gel together to create a potent sporting supplement though?

Well, let me just talk you quickly through my experience of using Dark Energy over a few months when I had my hands on a container of it.

If you’re looking for an intense pre-workout supplement that is going to send you rocketing literally into orbit, then this isn’t it.

But what you will get is an incredible amount of focus alongside an elevation of energy output. It actually feels a bit like a nootropic substance, sharpening you up, and making you focus in a way that you just don’t naturally. And that’s not just the caffeine doing that.

You’ll feel calm when you’re doing it though. It won’t be a feeling of jittery and out-of-control energy. You will be focused on in control enough to direct that increased energy into making each rep powerful and perfect. No lazy wet reps at the end of your workout on this stuff.

You won’t feel raging, you won’t feel like ripping things up, but you will feel elevated and smooth energy and focus that is simply well above what you feel natural.

For me, it definitely helped. It was smooth, perhaps not as aggressive and potent as I was expecting from all the hype, but definitely, the ingredients stimulated and focused me significantly. 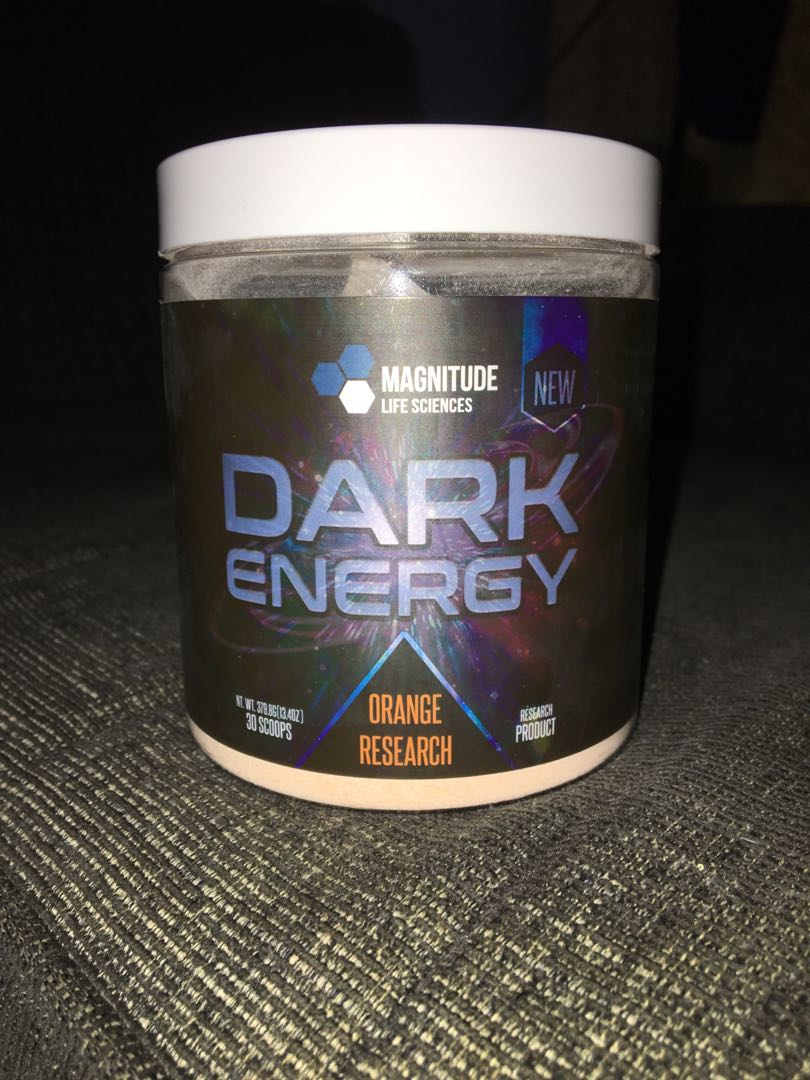 Having now told you what a fantastically smooth physical and mental kick this is, here’s the downside.

Even though it was only introduced in 2016, it was rumored (now confirmed) that in March 2021, the company that make Dark Energy stop trading

The problem was that they used a manufacturing facility where several other stimulant supplements were made. Several other of supplements made there also included DMAA. As you know now, it’s a banned substance in the USA.

So the FDA got a court order and shut the factory down. With nowhere to make Dark Energy again quickly (and I’m guessing they were feeling legal heat), Magnitude Life Sciences simply gave up and shut its website down.

This means that even though people claiming that Dark Energy has been banned are not strictly correct, the main stimulant ingredient DMAA is banned, and the facility that made it for them being shut down basically made it more trouble than it was worth to continue making it.

Unfortunately guys you can’t get your hands on this stuff anymore. If there are any stocks out there, you’ll have gotten lucky. However, I wouldn’t advise you look for Dark Energy to buy online, because my guess is that pretty much all of it will be fake and potentially dangerous.

Before I finish here, I want to just talk to you about those user reviews you’ll read online, things like comment reviews on Reddit. Whether it’s a Dark Energy review, or in fact for any sporting supplement at all, please be cautious. The same as with SARMs, the results are very individual. You can never trust the before and after photos, and you can never trust the claims.

Whatever bodybuilding supplement you are thinking of trying guys, make sure you do your research, make sure you get your hands on the real deal, and then do your own testing within safe limits.

So I hate to break it to you, but there’s no point in looking for Dark Energy anymore. Looking into using it should stop right here after reading this sentence. Heartbreaker I know.

But thankfully, there are some alternatives out there that contain some of the ingredients that were in Dark Energy, and substitute the banned DMAA for stimulant substances that can pack still a punch, but that is also entirely street legal.

I’m not going to go through a huge list here, I’m just going to point you to one made by a company called Huge Supplements that I now use alongside, and instead of, SARMs.

It’s called Wrecked pre-workout. It’s not as potent, but it’s legal and available. Also, it definitely works as a stimulant and a performance enhancer.

The main ingredient in it is 9000 mg of something called Citrulline Malate. It’s an amino acid, and in studies has been shown to improve athletic performance ability.

You might find some alternatives that rock your world, but Wrecked is definitely a good starting point if you’re looking to get some of the benefits of a non-anabolic pre-workout supplement, and don’t want to use banned substances as Dark Energy did. 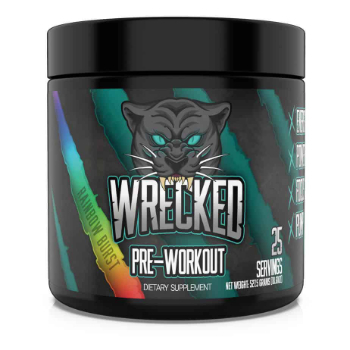