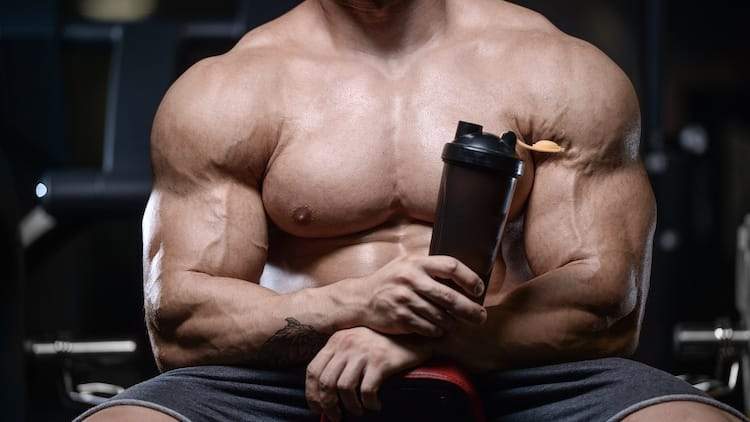 Is Ecdysterone Really As Potent As An Anabolic Steroid?

In this review of Ecdysterone, I going to tell you everything you need to know about a potentially potent bodybuilding supplement.

The thing is, there’s a lot of confusion around this little known class of plant and animal steroid hormones. So after some thorough research, I’m going to give you everything you need to know right here in the next five minutes, so that you have the exact info you need to decide if it’s worth trying.

I’ll tell you exactly what is and how it works. I’ll talk you through potential benefits, and discuss why it’s a little-known considering its potential. And I’ll finish by telling you exactly where you can buy high-quality Ecdysterone powder and capsules at the best price I have ever found.

What Is Ecdysterone & Where Did It Come From?

This can be a bit confusing, so buckle up for the next couple of minutes.

Ecdysterone is a member of the family structural analogs called phytoecdysteroids. The most well-known is the one that tells some insects to shed their exoskeletons, it’s known as the molting hormone.

Plants also have a class of structural analogs called ecdysteroids. When we talk about plant and animal steroids, these two are pretty much interchangeable, and many studies referenced them both simultaneously, as they are the same family.

In terms of chemical structure, they are mostly similar to testosterone. But before you get excited, they do have differences in structure which means they don’t operate in the human body like testosterone. You can’t just take them and get anabolic benefits like you would an anabolic steroid.

Is Beta-Ecdysterone An Anabolic Steroid?

Now, this is where it gets really interesting. Ecdysterone, also called Beta-Ecdysterone is mostly referred to as a plant steroid, a natural anabolic agent.

However, that’s to misrepresent it, and you don’t get those effects in the body directly. It’s not like pumping testosterone or something that mimics it, into your body. It does not bind to the androgen receptors.

In fact, some studies claim this class of natural steroids isn’t actually androgenic at all, and works in the body through promoting protein synthesis. However, from my understanding, this is not the dominant thought. In fact, it could be that both things are true.

One very interesting study that’s been cited widely found that Ecdysterone and similar natural steroids from that class didn’t bind to androgen receptors at all. They were found to bind to the two main estrogen receptors at high affinity.

So what you’ve actually got here is something that seems to block estrogen conversion, leaving your testosterone in the body. A bit like an aromatase inhibitor, and maybe with an element of protein synthesis enhancement going on as well.

But what was surprising is that that study concluded that experiments “supported the postulated non-androgenic mechanism of Ecdysterone”. Meaning, although it works with androgenic benefits, it definitely does not bind the androgen receptors, or affect testosterone.

Better than that, they did a lab study with rats where they injected one group with Ecdysterone, and two other groups with potent anabolic steroids Dianabol and Trenbolox. Ecdysterone was found to outperform both in terms of androgenic benefits.

So as you can see, if that was to be borne out in humans, that would be incredibly significant. Something completely natural and thought to be safe that has non-direct androgenic effects in the body that produce anabolic results in line with anabolic steroids.

That made something anecdotal I read during my study very interesting.

In the old Soviet Union, athletes were found years later to have been taking high dose Ecdysterone supplements. The Soviet athletes and establishment referred to it as “the Russian secret”.

Do you think they would have given Soviet athletes that supplement and referred to as such if they haven’t done successful studies in the 1970s that concluded this class of naturally occurring steroids had significant effects? 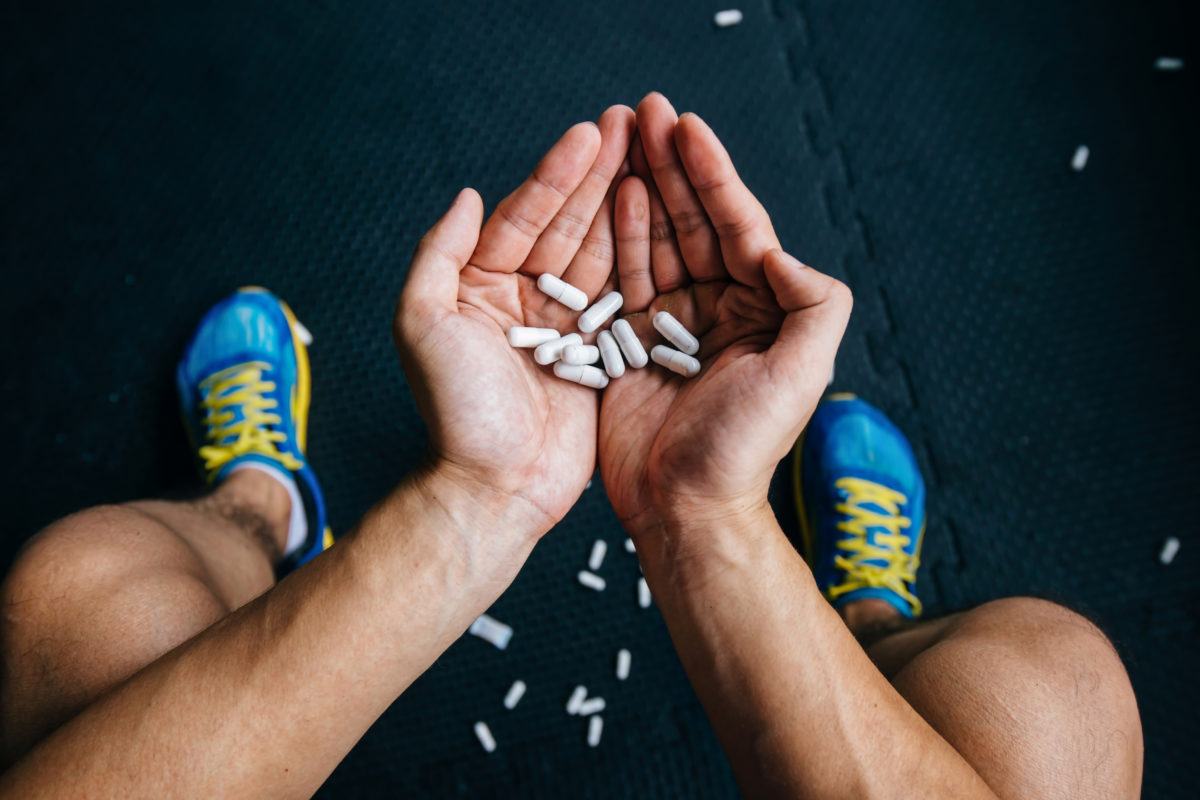 How To Use Ecdysterone For Bodybuilding Benefits

So the potential for me of this supplement is undeniable. If it wasn’t, why would the Soviets have referred to it as their secret?

But to use Ecdysterone for bodybuilding benefits is a different matter entirely, because you have to know how to use it, when to use it, and at what dose to use it. So I can only talk from my experiences here, based on what I did, and the research I did prior to running a cycle.

Firstly, you’re going to need a high-quality supplement. I bought 95% purity Ecdysterone powder from a reputable supplier I’ll talk about later. You can also get high quality Ecdysterone capsules as well.

I’ll talk specifically about dosage and cycle length later, but I ran a 12 week cycle of this alongside creatine only.

I’d done 12 weeks of natural bodybuilding prior to this as a baseline.

For me, it was significantly better than working out naturally. I felt stronger, and I could work out far harder. I was lifting more, and I could see the difference.

So for me, you’re going to get more energy from this. You’re also going to going to get the ability to lift more. In terms of results, Ecdysterone seems to deliver anabolic effects. The shoulders on my chest and shoulders got bigger than they ever have worked out naturally in terms of growth.

I felt higher energy levels and faster recovery times. I didn’t feel any side effects, and it was really easy to supplement this stuff.

Overall, the conclusion of my personal review is that Ecdysterone definitely works for me better than natural.

Is it better than SARMs? I’m not sure. Is it as potent as an anabolic steroid? Again, I’m not sure, I would have to run another cycle at a higher dose to confirm that.

In terms of potential, God yes, this is something you need to take a look at.

Ecdysterone doesn’t appear to have any side effects. I’ll say that with the caveat I’m basing this on my own experiences and looking online. The only thing I’ve seen is some nausea. One guy said he got dizzy, but he was cutting significantly, so it could just be a problem with blood sugar.

All I would say is to be careful and monitor yourself, and that applies to any supplement you are taking. Be self-aware and protect yourself.

Ecdysterone dosage is talked about across a wide spectrum, which is hardly surprising considering it’s never been tested on humans.

Some people talk about a dose as low as 25 mg. In some studies, that’s certainly the case, but the effects vary wildly.

The study that most cited around its anabolic effects dosed rats up to the human equivalent of 1000 mg per day. A lot of people online seem to dose it at 500 mg per day, deriving benefits and not mentioning side effects.

So for me, just as I did, I’d start with 500 mg per day. You could do is that once or twice, depending on how you feel. Personally, I dosed 250 mg in the morning, and then 250 mg late afternoon once I had worked out for the day.

For a cycle length, I would stick to 12 weeks. Then do a six-week break at least. That way you’ll give your body a break, monitor side effects, and see how you compare naturally in terms of strength and results. 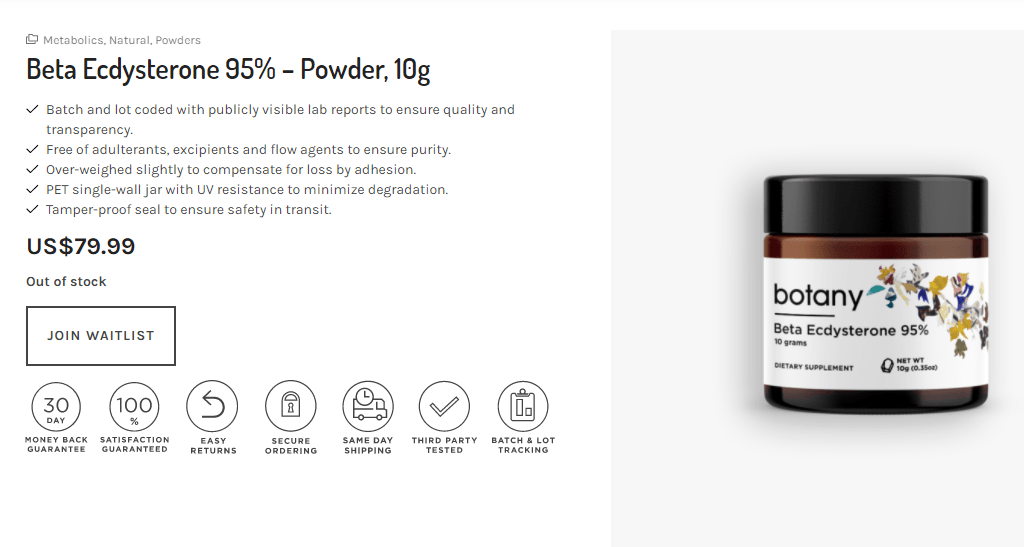 Where To Buy Ecdysterone Powder & Capsules

As with any bodybuilding supplement, I have to conclude this review, by telling you where you can safely buy that supplement.

For that raw powder, you can buy from Science.bio. They offer a great deal where you can get a huge 10 g of powder, 95% pure, for just $79.99. That is actually an incredible deal.

All I would say is make sure you buy yourself an accurate micro scale if you are going to be buying and using Ecdysterone powder.

I don’t say that because there’s any problem with overdosing particularly, I say it more because you can make sure you are getting the exact dose you need so that you can monitor your progress during your first cycle. That way you’ll know if you are getting benefits, and then you can up the dose a little the next cycle you do.