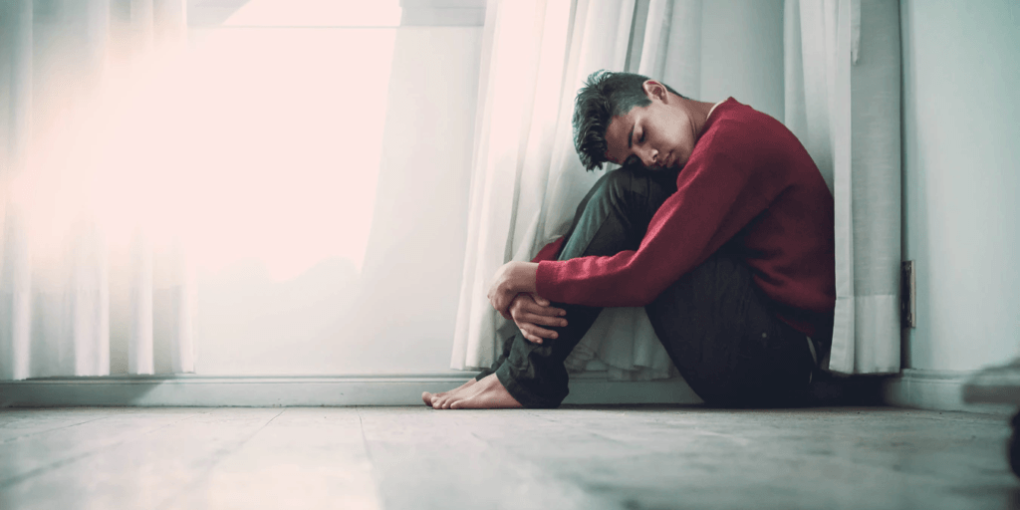 Guide To The Best Nootropics For Anxiety & Depression

Using nootropics for anxiety and depression is a huge topic. But it’s a debilitating condition, and any help we can give here could be huge for someone’s life. In this guide, you going to learn what the best nootropics for anxiety and depression are, based on my own experiences and those people online that have recommended them as the best by consensus.

There are huge caveats around using smart drugs for anxiety or depression though, and I want to cover the negative side of this topic as well in this guide to using them. What you’re going to learn is what the best four smart drugs are for anxiety and depression, how they work, and how they can affect everything from cognition to socializing.

Plus, I’ll conclude this quick guide by telling you where you can buy nootropics at great prices that are purity guaranteed so that you can experiment safely.

The problem with anxiety and depression is nobody is sure how they actually do take hold. There are tons of theories out there, around everything from life experiences to chemical imbalances, but nothing as conclusive.

Mostly, the topics around which anxiety and depression form are:

But what’s at the heart of it is definitely our fight or flight response. It’s a natural thing that can overwhelm us to try and protect us. But in the modern world, the nuances mean that we are not running from sabretooth tigers anymore, we actually run from things we shouldn’t, both mentally and physically.

So even though it’s not scientifically proven how anxiety and depression manifest themselves at all, what we can do is look at the core underlying reason. We are looking at substances that can change chemical balances in the body so that we don’t respond so negatively.

What Not To Use To Cope With Anxiety (Or Depression)

The problem is that people reach for the wrong things. Alcohol is something that has often been used to try and cope with anxiety and depression, but it just makes things worse.

Alcohol is a central nervous system depressant. Also, it creates vicious withdrawal symptoms. Those withdrawal symptoms create anxiety in themselves, which generates a vicious cycle that people can’t get out of. It’s the same with narcotics as well.

Trying to deal with it using a combination of natural therapy and prescription meds can also fail, although it’s important to say in some people it can really help.

For me, what smart drugs have is several key benefits that can help with anxiety and depression problems:

But just using nootropics for anxiety and depression are not the solution. You can’t just use them and expect everything to go away. They are important tools though because they can allow you to cope, which allows you to better spot and deal with the underlying mental problems that cause most anxiety and depressive cases. 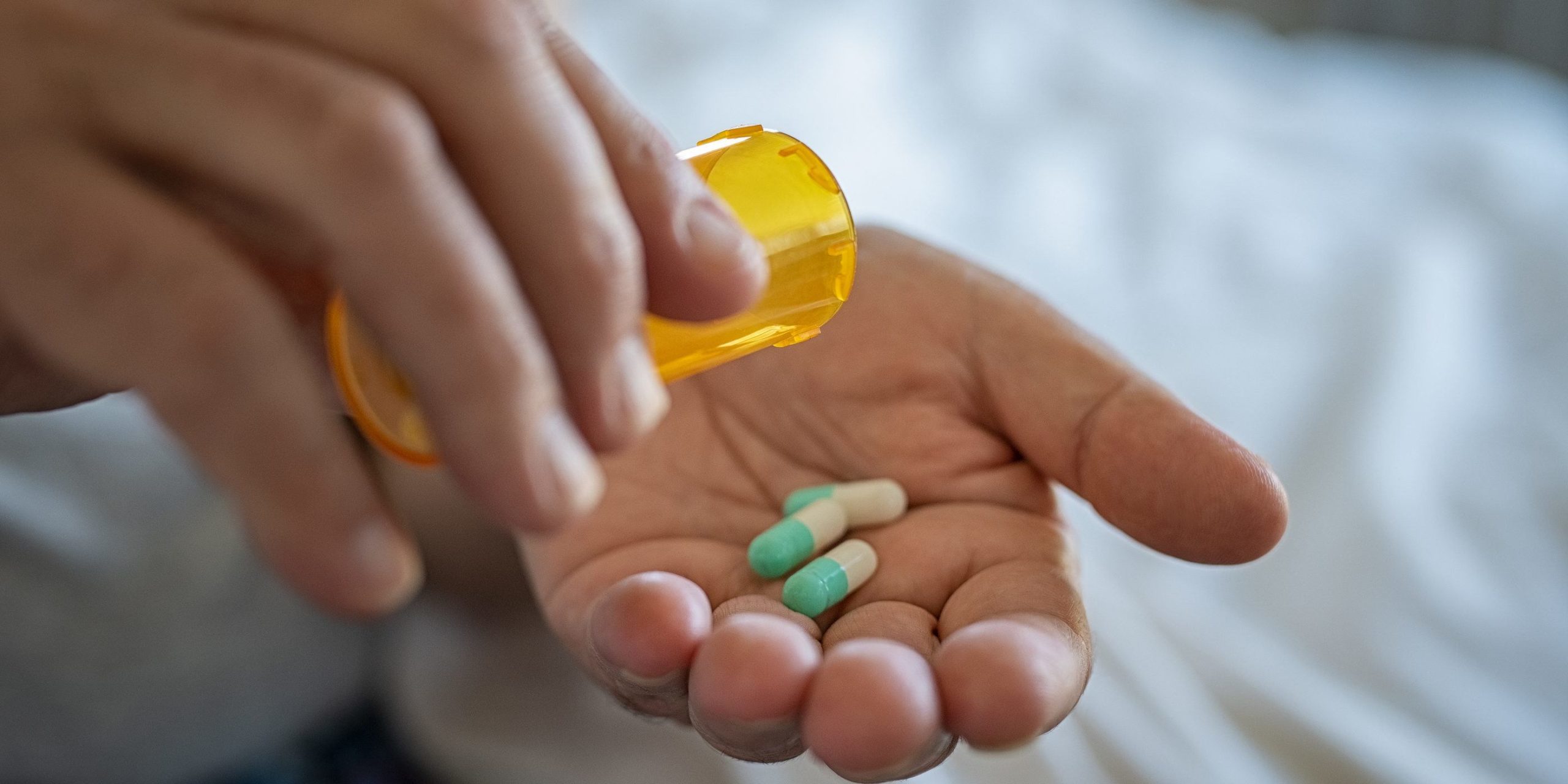 How You Can Benefit From The Best Nootropics For Anxiety

What you’re looking at from the best nootropics for anxiety is something that calms you down but still leaves you lucid.

You’re not looking at depressants here. You’re looking at things which can change key chemical balances to elevate your mood, sharpen your thinking, and create better clarity:

The Best Nootropics For Depression Could Be Different

The best nootropics for depression can be different from those for anxiety because you don’t want a smart drug that’s a sedative, a central nervous system depressant because that will make your problems worse.

For depression, you’re looking at nootropic drugs that help to elevate levels of serotonin and dopamine. You’re also looking for something that could potentially interact with the opioid receptors which are also linked to mood and determination.

What I’m going to do now is talk about four of the most popular nootropics out there. I’m going to cover if they are potentially the best nootropic for anxiety for you, and whether they work best as antianxiety or antidepressants.

Noopept is often classed as a racetam, but it’s actually not one. It is structurally different and works through boosting levels in the brain of BDNF (brain-derived neurotrophic factor).

BDNF is a protein that was actually only first isolated in 1989. It’s active in the hippocampus and brain cortex, the areas that are vital to learning, memory, and higher thinking.

So what you’re getting with a dose of Noopept is the following benefits:

Noopept is one of the best nootropics for depression because it promotes clearer thinking and more positivity. If you feel better, if you feel you can achieve, if you can rationalize faster and cleaner, you will be less depressed.

But it’s also great for antianxiety because it is a side effect of taking it. Noopept produces a metabolite that stimulates the hippocampus, which leads to higher levels of benzodiazepine receptor interaction (part of the GABA receptor complex), which basically helps to calm you down. 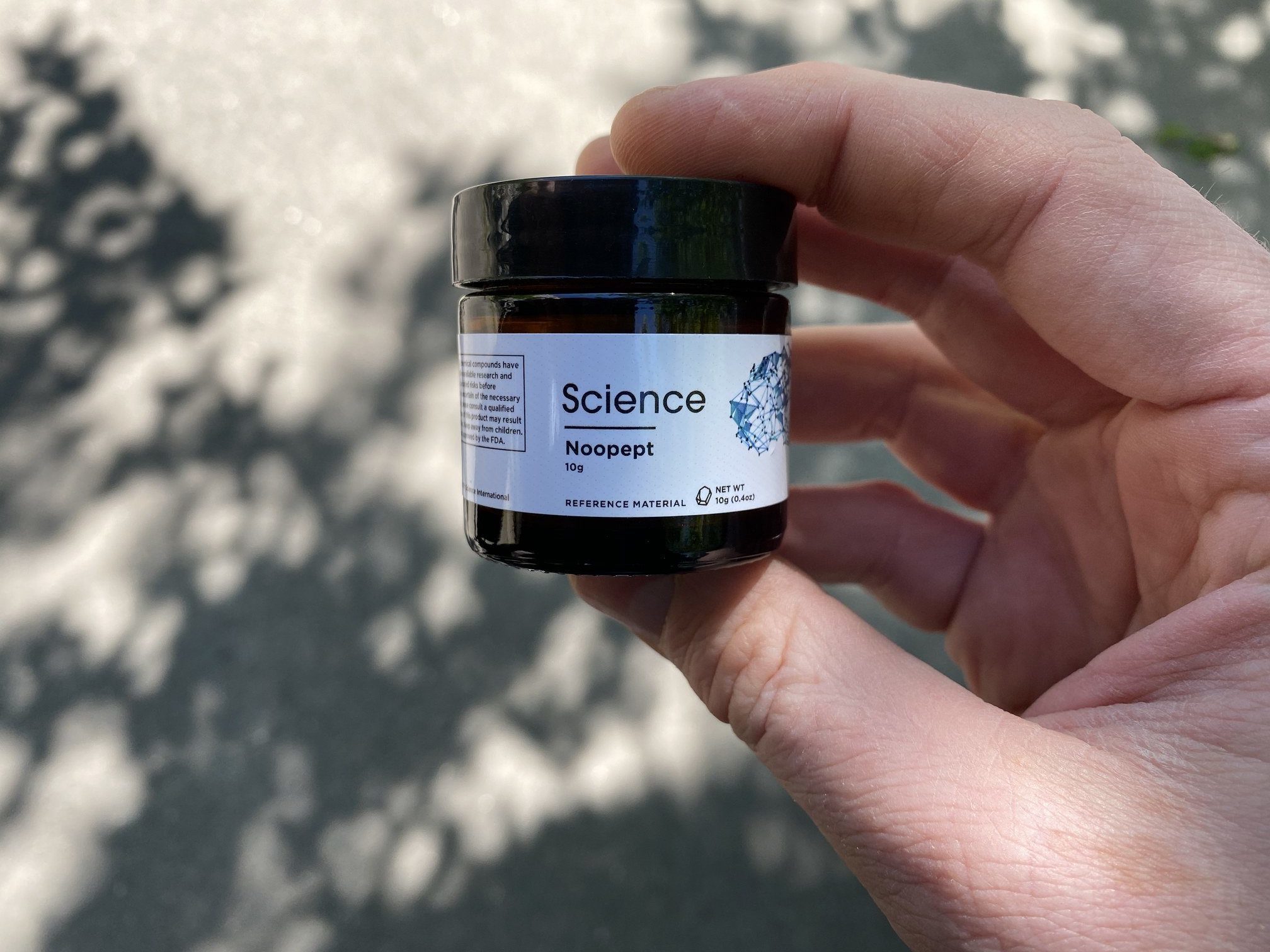 Piracetam is a smart drug first produced in the Soviet Union that didn’t actually get made for any particular purpose. But it was found to have cognitive enhancing benefits. As with all members of the racetam family, the truth is scientists have no idea how it really produces its effects.

Broadly, it’s a synthetic derivative of GABA. So it should act as a central nervous system depressant, calm you down, but keeping you focused. The truth is though that it doesn’t affect your body in the same way as GABA, so scientists don’t know how it works exactly.

But what you get when you take a dose of piracetam are the following benefits:

Anecdotally, and in most animal studies, piracetam has been found to lower anxiety and elevate mood and reduce depression. Meaning, it could work as the best nootropic for both depression and anxiety, including socializing/social anxiety.

Interesting and important to note as well, it’s been shown in studies to not cause sedative effects unless very high doses taken. So it’s one of the rare central nervous system depressants that produce benefits but without the sedative side effects that many others have.

However, one side effect that has been noted in a few people is depression. Scientists aren’t sure why this happens, but it can happen. It’s something to be aware of if you start experimenting with it.

Kratom is a member of the coffee family. It’s a tree that grows in Southeast Asia, and its leaves are dried out and ground into a powder. Kratom is rich in alkaloids which have a range of effects. Some of these alkaloids are stimulants, while the two main alkaloids in kratom are partial agonists of the opioid receptors.

This is why kratom can be good for both anxiety and depression. At lower doses, and at higher doses if you use white or green kratom, the energy both mentally and physically that it produces alongside positivity can help to lift depression dramatically. It’s also one of the most widely used nootropics for socializing.

For anxiety, red and green kratom, especially at moderate to high dose, can help to lower anxiety by calm you down significantly. Put together, you’re getting quite a range of potential benefits from using kratom for anxiety and depression:

If you are wanting to address the symptoms of depression, then white or green kratom is best because it produces higher mental and physical energy levels. But it can create anxiety because it makes you feel “jittery”, a bit like drinking a lot of caffeine when you’re anxious.

But higher doses of green kratom, and red kratom at moderate to high dose, do produce significant calming symptoms. Kratom becomes a sedative at very high doses, but generally unless you do take a high dose, you will feel calm, confident, completely removed from all anxious thoughts. 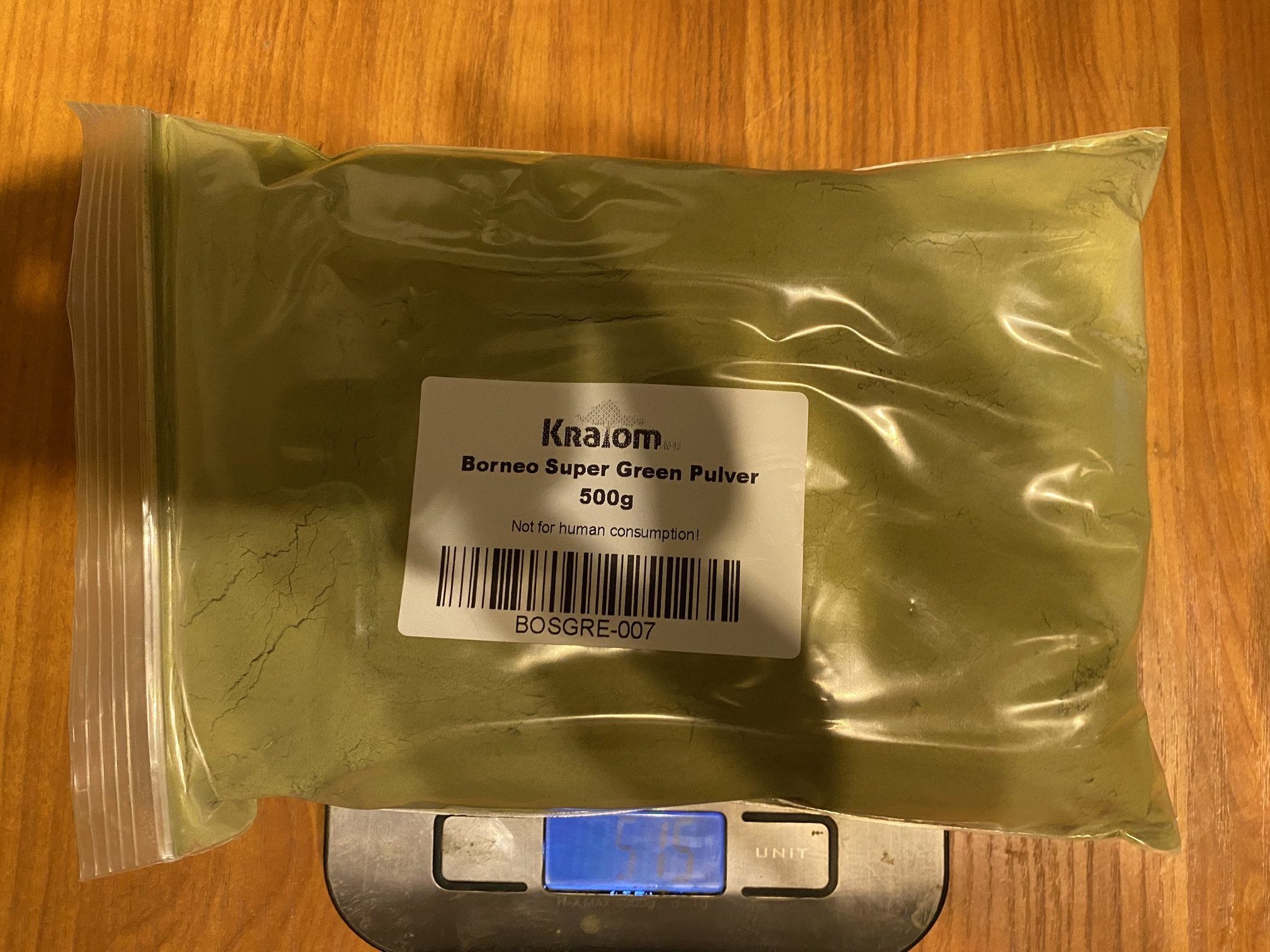 Fourth on my list is a little-known member of the racetam family called coluracetam. Developed in Japan in 2005, it was primarily looked at as something which could help with Alzheimer’s disease and other degenerative brain conditions.

So you’re getting something that can really help with cognitive problems. That can raise confidence, which improves mood and stops depression and anxiety in social and business situations.

It works by enhancing high-affinity choline uptake, which is crucial for regulating the uptake of acetylcholine which is crucial to improved cognitive function. It was also found (and tested successfully) for both anti-anxiety and antidepressant properties.

Put together, this racetam produces the following benefits:

So not only does coluracetam raise levels of our learning neurotransmitters, but it’s also been shown in studies to be one of the best nootropics for anxiety, and one of the nootropics for depression that should really be considered by anyone looking to alleviate either of these conditions. 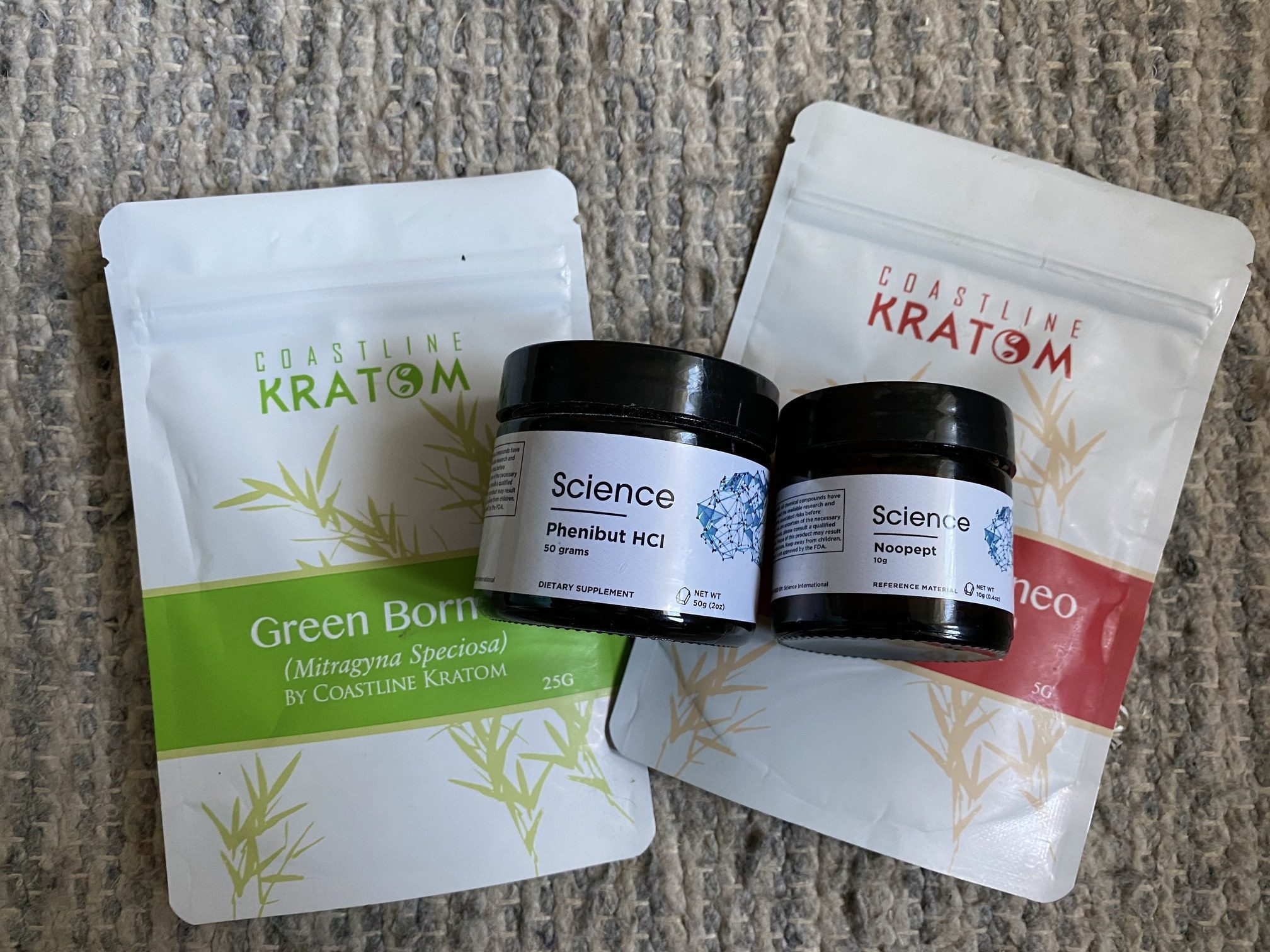 Let’s conclude this guide to the best nootropics for anxiety and depression, by looking at where you can buy them.

One of the biggest reasons people buy them is to use nootropics for socializing, for dealing with social anxiety. But more than that, as you’ve now seen, they can actually deal successfully with significant mental health problems.

Just be really careful about the dosage. Start at the lowest recommended dose, and really see how you feel over time. Also, don’t create dependency problems by taking them often, only take them when you need them.

If you’re going to buy them to experiment with then you need to buy them from places that guarantee their purity. You don’t want to be scammed, or be sold something which is impure or dangerous.

I’m really excited about these guys in a challenging marketplace. They are supplying high-quality supplements within an increasing range. They started off to selling SARMs and peptides for bodybuilders, but have now moved into a wide range of nootropics and peptides for other purposes.

Let’s talk specifically about Noopept and Phenibut. Rats Army sells liquid Noopept in a 30 mL dropper bottle for just $31.49. The dose is good as well, at 30 mg/mL.

Let’s turn now to kratom vendors. These are the two I would recommend:

1.The Evergreen Tree is a high-quality kratom seller that has a wide range of capsules and raw powder for sale. In fact, it’s the largest range of standard and exotic kratom strains that I’ve seen available anywhere.

2.Kratora (BuyKratom) of the second place I would recommend you buy kratom from. Again, they sell a wide range of capsules and raw powder, and the only difference between my first and second recommendations is really the fact that these guys only sell goods in the USA, whereas the Evergreen tree sells internationally.